Interview with Christophe Nicolay, new member of the FLBB

Interview with Christophe NICOLAY, 32 years old lawyer in Luxembourg and new member of the board of directors of the Luxembourg Basketball Federation since the beginning of this season. Christophe is responsible for media, communication and sponsoring and is also a member of the legal affairs commission.

Note: The interview was made and written on the 9th of March.

Christophe, together with Samy Picard and Christian Mais, you have collectively joined the board of directors of the Federation before the beginning of the season. Can you explain to us why you decided to engage on this path?

Christophe Nicolay: Basketball is probably the most entertaining sport. Nevertheless, I have the feeling that in Luxembourg, the popularity of the sport has been decreasing over the last couple of years. Isn’t that a contradiction itself, especially in times where players in the NBA are currently bringing the game to a whole new level?

In early September of 2019, Samy and I were discussing basketball in Luxembourg, and what could be done to raise its popularity … When only a couple of days later, Samy informed me that he wanted to join the Federation and asked me if that would be something that I could consider, I felt like I had to “walk the talk”.

Samy, Christian and I joint the Federation to bring new energy, adopt new ideas and make basketball great again. I am excited to tackle the challenge ahead of us.

Furthermore, and as I only found out recently, my great-grandfather founded the Federation in 1933, so I walk into his footsteps here.

What is your role as director responsible for media, communication and sponsoring?

Christophe Nicolay: I was lucky enough to being immediately put in charge of setting up a new online presence for the Federation. We have completely rebuilt our website which we have launched this January together with a brand-new mobile app. The overall concept of the website is to allow basketball fans to find all the information about Luxembourg basketball compiled on one and the same platform. We aim to inform the basketball community about everything that is going on and promote basketball as the number one sport in Luxembourg.

In order to achieve this, we are currently posting on average about 5.4 articles per day (which is exponential compared to 1.2 articles before the launch). Simultaneously, we are doing a fantastic job on Instagram providing video highlights (getting more than 1,200 views per video). We are also witnessing exponential growth on our social media platforms (+100,000 engagements per month). No other sports organisation in Luxembourg is currently able to produce that much content.

Consequently, traditional media channels, whose online business model are built on the number of clicks they get, are reporting much more about basketball because our online presence allows them to reach a wider audience. I consider this a “win-win” for both of us. They are getting clicks, and we are getting media coverage.

We expect the same effect on the sponsoring end, as well for our own sponsors as for the sponsors of our clubs. The more popular basketball becomes and the larger its audience, the more sponsors are willing to contribute financially!

You are also a member of the legal affairs commission. Can you explain what you are currently working on?

Christophe Nicolay: We are currently discussing if, and under which conditions, we might change the rules to introduce the status of a “professional” player. During our round table last Saturday (07 March 2020), the presidents of the clubs have given us their general support to introduce this status. In addition, a majority of Total League clubs (men & women) indicated in a recent poll that they would like to limit the number of “pros” to 1. Finally, more than 80% of the team captains of the Total League teams would like to have only 1 “pro” on the floor. This desire is significant!

It is also understandable, as we are realizing that over the last couple of seasons, the game is dominated by the “pros” and the “home-grown” players are being left as role-players. To simplify it, the team with the best “pros” is more likely to win the championship. We are now trying to have the rules amended -by respecting European principles of non-discrimination of our co-citizens- to restore a more natural force balance between “pros” and “amateurs”.

Finding the right definition of a “pro” and anticipating loopholes and grey areas requires some tact. I am although confident that in good collaboration with the clubs, we will be able to amend our rules in the interest of basketball for the long run while adopting an inclusive approach towards our diverse population in Luxembourg.

If you could change something today, what would it be?

Christophe Nicolay: If I could change something before the end of the season, I would encourage the use of reusable bottles while banning disposable bottles. A couple thousand bottles are thrown away each weekend. This is an unnecessary matter of expense for the clubs but mostly it is not sustainable.

This being said, there are many more important things which can be improved, especially on the sporting terms: recruiting kids, training coaches, making sure that players who leave for university can continue to evolve or compete when returning. A lot of changes however need time and reflexion and it would not be smart to rush.

The cup finals had to be postponed. What is your point of view on this?

Christophe Nicolay: I believe that the current situation can be considered as a force majeure. This requires us to act responsibly and take decisions based on the merits of the bigger picture – the safety and health of our population. We urge the clubs to do the same and follow the guidelines of the Government. As a Federation, we are following the evolution of the situation closely. 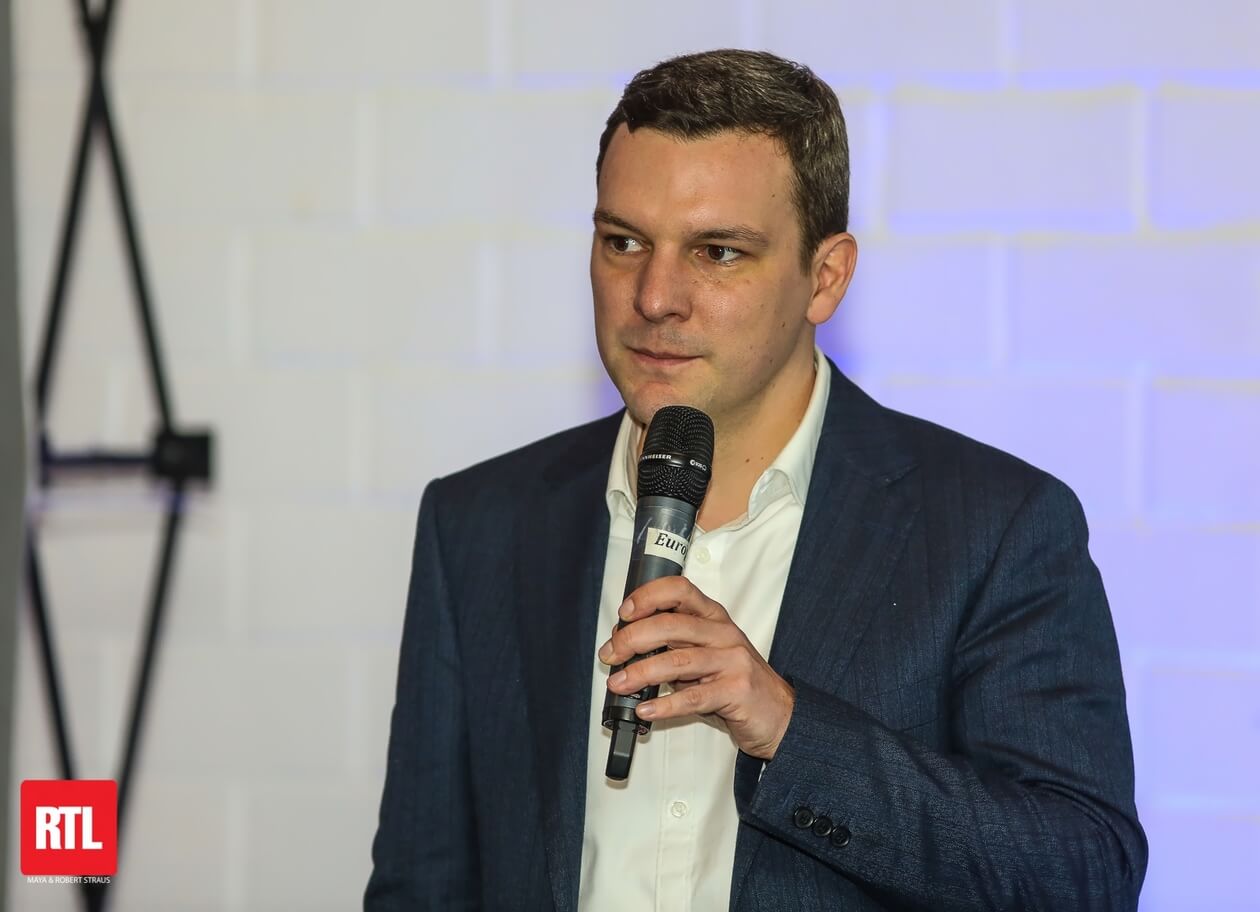 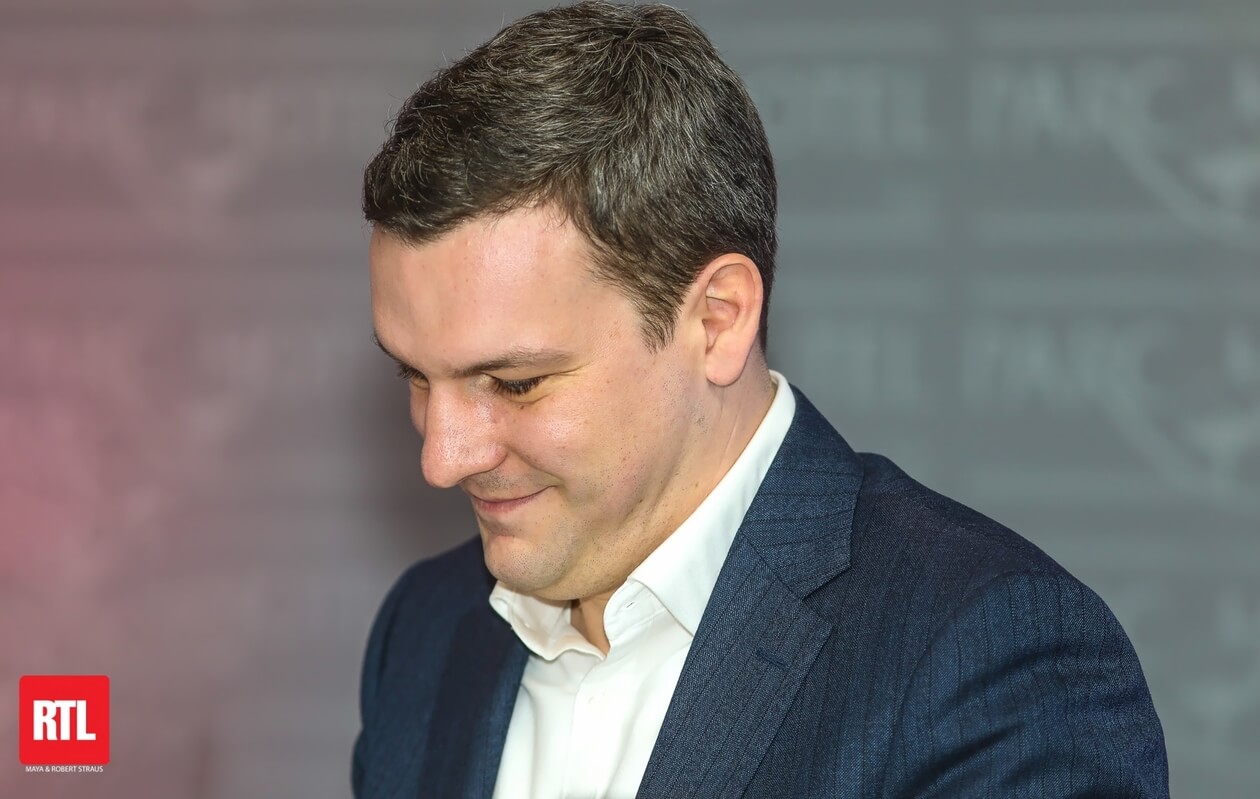 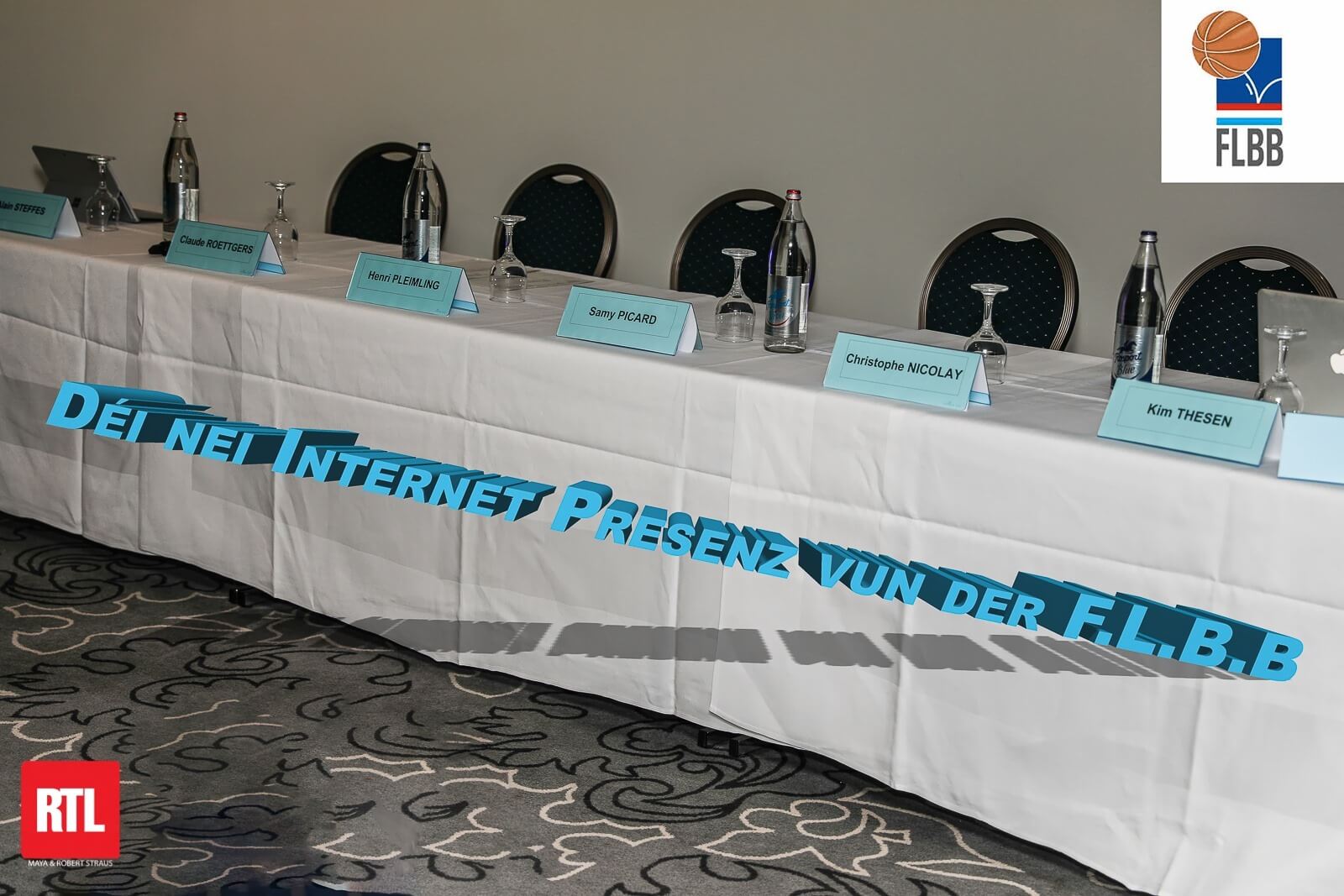 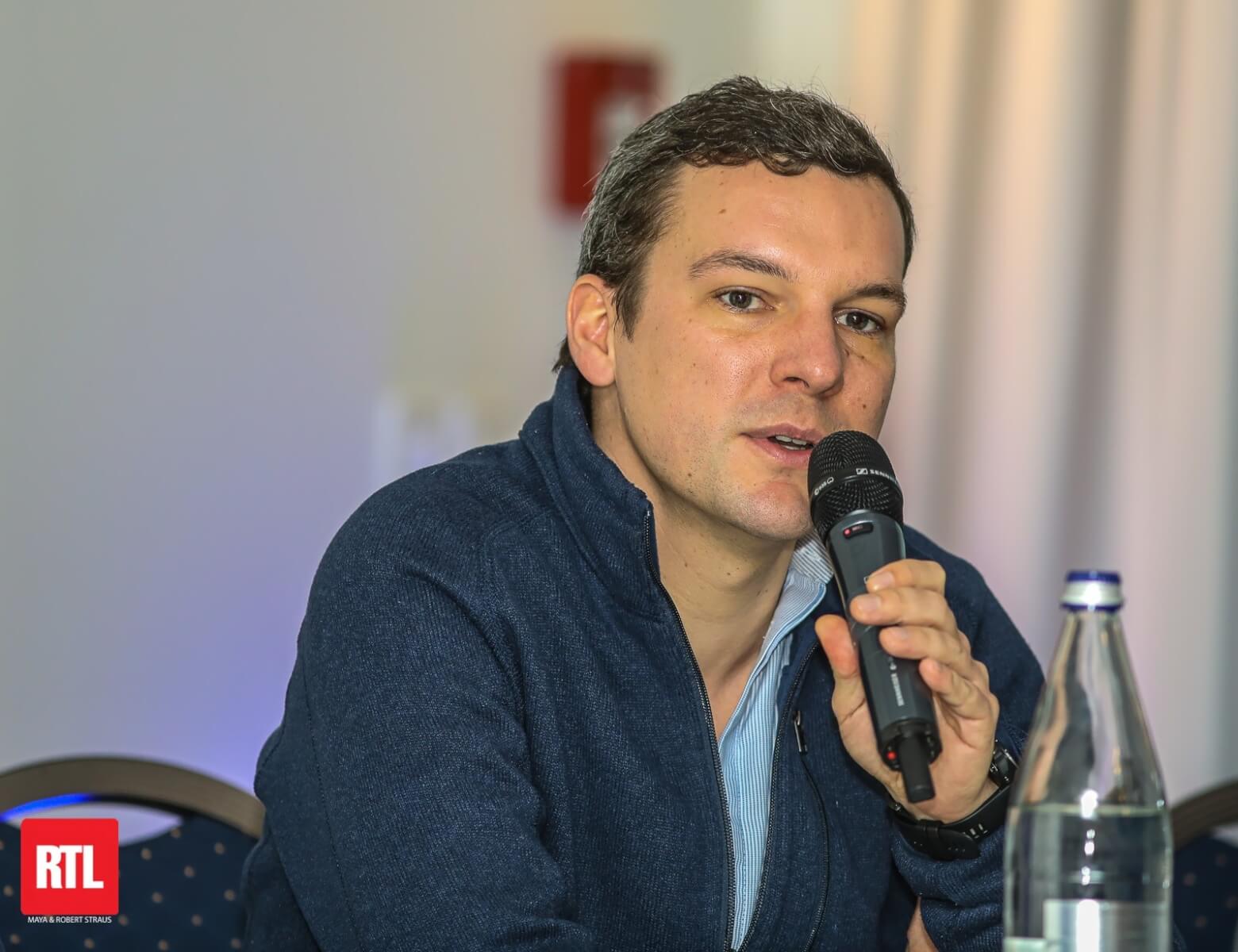 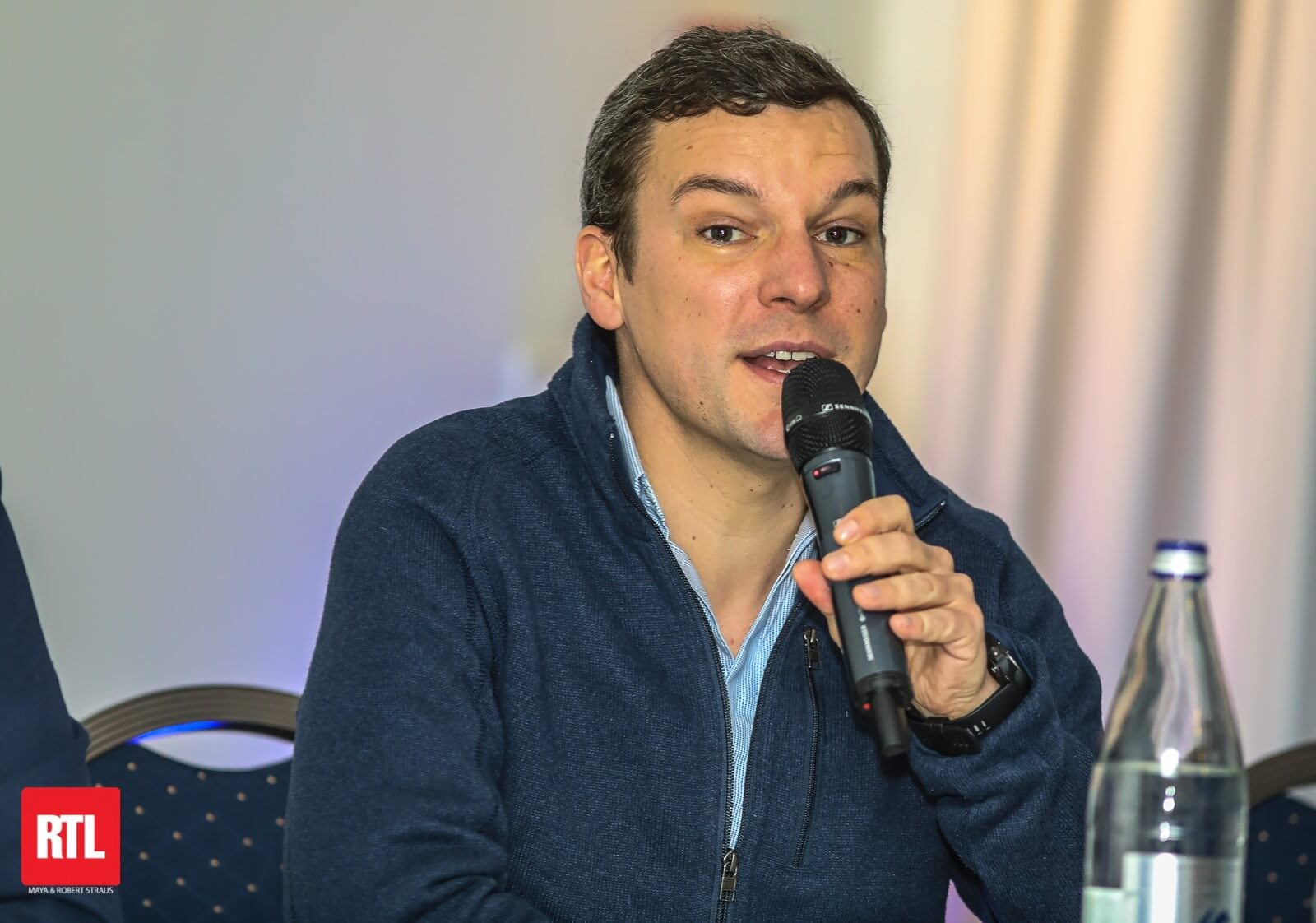