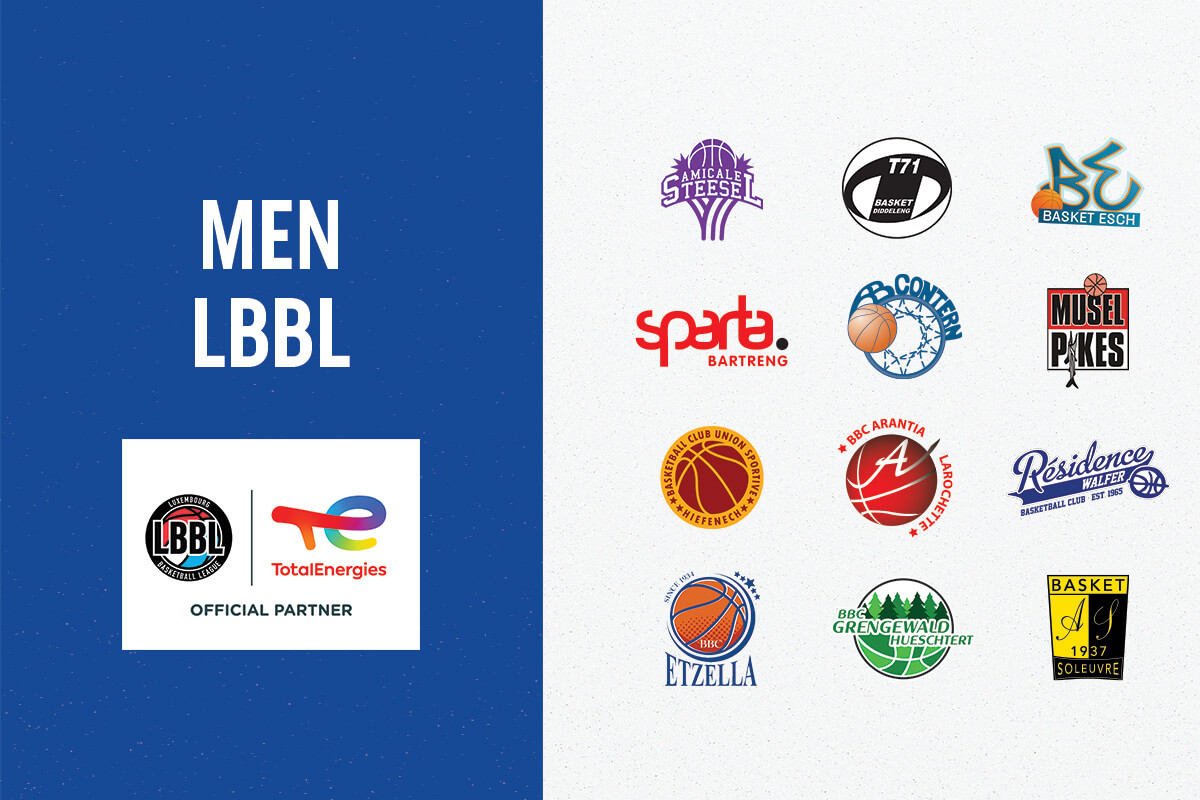 While the women’s LBBL is on a break because of the national team is in action on Thursday and Sunday (–> 16 players in the provisional roster ), a full game day is scheduled in the men’s LBBL.

A key game in the fight for the play-off places is on the schedule in Contern. The hosts AB Contern (4:5) have a chance to take a 2-point lead over Arantia Larochette (3:6) while the guests could tie in the standings with the opponent. The Musel Pikes (2:7) face a must win against US Heffingen (1:8) in order to stay in a decent position in the play-off race. Heffingen has a chance to tie with the opponent in the standings with a victory on the road. Both teams played with a new professional player last weeekend, Antunio Bivins was active for the Musel Pikes while Bryan Coleman made his debut for Heffingen. Sparta Bertrange and Gréngewald Hueschtert (both 3:6) both have a chance to stay on a play-off spot in a very thrilling game between two teams are tied at the moment. Two absolute top games are scheduled this weekend. On Saturday, Amicale Steinsel (7:2) will host Résidence Walfer (7:2) for the derby! On Sunday, the two leaders of the standings, Etzella Ettelbruck and T71 Dudelange (both 8:1) are facing each other and the winner will be on top of the league standings after this game. Basket Esch (7:2) enters the derby against AS Zolwer (1:8) as the favorite but the guests have gained confidence with their first win of the season last weekend in Heffingen. 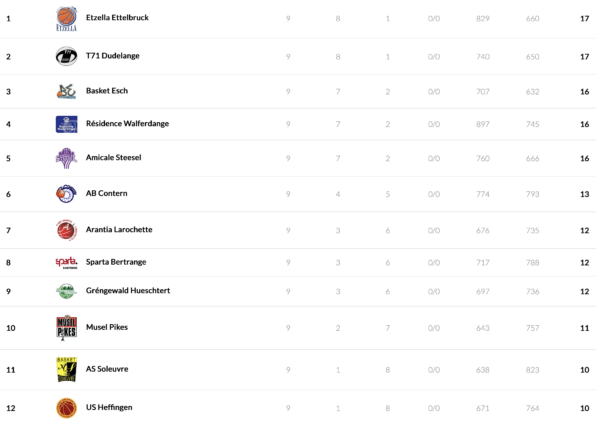