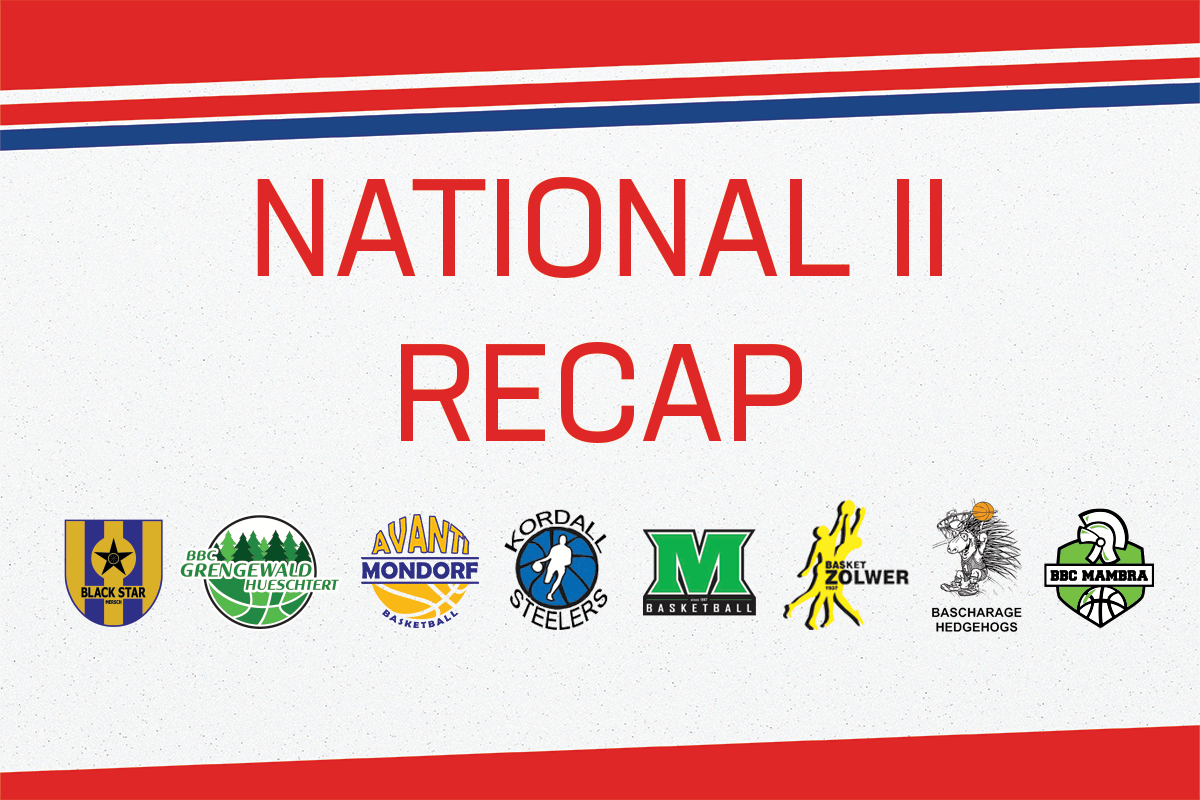 Only 2 games were played in the men’s National 2 this weeekend. The games Black Star – Kordall Steelers and Zolwer – Bascharage were cancelled because of the Covid-19 virus. However, Kordall announced Angel Aranda Saìz, former coach of US Heffingen, as new head coach for the team. He replaces Jérémy Biliaux.

On Saturday, league leader Gréngewald faced Mondorf in a duell between two top teams of the league. Gréngewald played with a new professional player as the club Jonathan Janssen, he replaced Overwater. The new acquisition led his team with 24 points, Barnes (19), Henkel (15) and Breuskin (11) added double digits scoring as the greens won a close game 77:75. Mondorf’s professional players Small and Ross scored 28 each but it was not enough to grab a win on the road as no other player on the team scored more than 5 points. Gréngewald improves its record to 13:2, they already have a big 4-point lead to 3rd placed team Mondorf and the promotion to the LBBL is clearly a reachable goal for the team of coach Alex Pires.

In the second game on Sunday, BC Mess rolled past Mamer, the final score was 105:66 for the road team behind a game high 30 points from Coleman and 25 points from Camps. McDaniel (23) and Hoffmann (21) were the main scorers for Mamer, the team is still last in the standings with a record of 1:14, it will be difficult for Mamer to reach a non-relegation spot over the next 13 games. Mess (6:9) has extended its lead to a relegation spot with this victory.