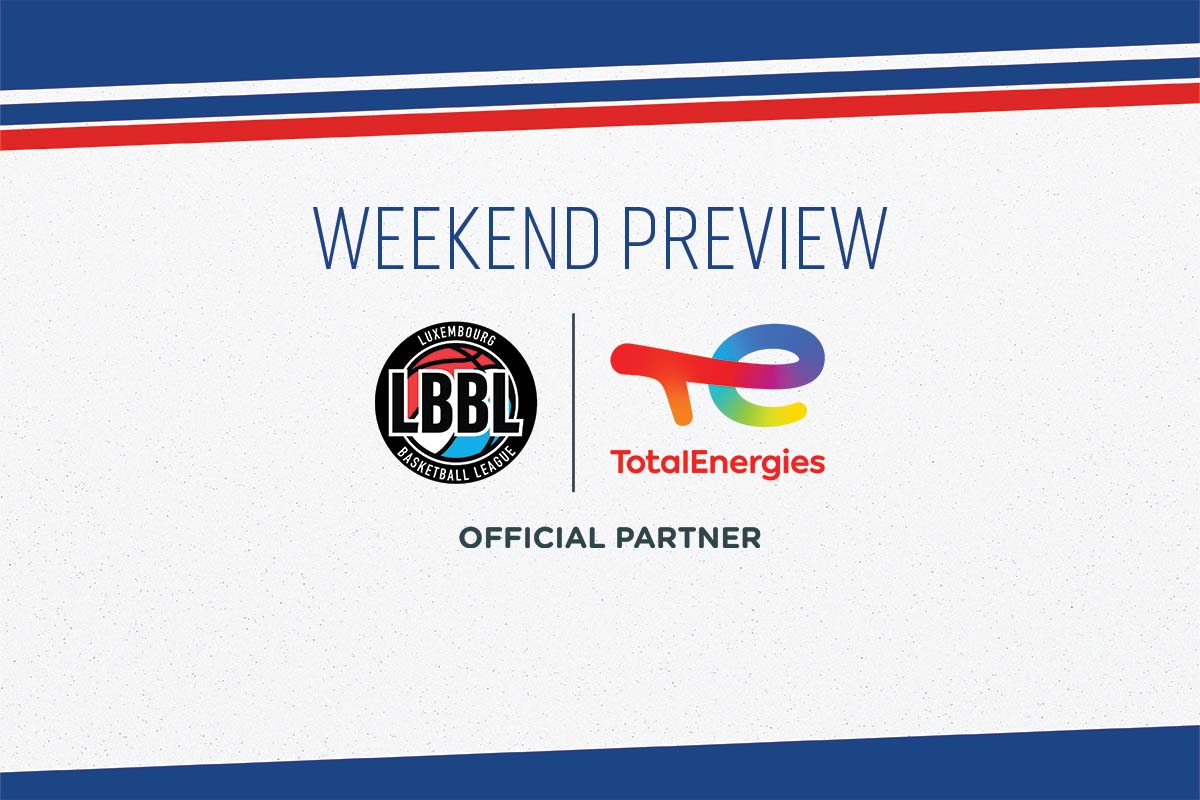 The winter break is over and the LBBL is back with a full game day from Friday until Sunday.

On Friday evening, Sparta will host T71 in the men’s league. Sparta plays with former T71 pro Quintin Dove while T71 just signed 2 new professional players ( –> T71-men sign 2 new professional players (videos) ). 4 games were scheduled for Saturday but the game Contern – Esch is cancelled. Telstar is currently 10th in the standings, if the cup semi-finalist wants to make a push towards the play-offs, they need a win against Heffingen on the road. The team of coach Daniel Brandao has played a strong season so far and currently sits in 6th place in the standings. The game between Arantia and Etzella is a duel between tied neighbours in the standings, both teams will also meet in the cup semi-finals in February. Raul Birenbaum could make his return to the court with his new team. The game between Racing and the Musel Pikes is also the duel between the bottom teams in the league. While the Pikes are in a desperate situation (1:12 record), Racing (3:11) only trails Telstar by 1 point. On Sunday, the derby between leader Résidence and Amicale will be played in Walferdange. 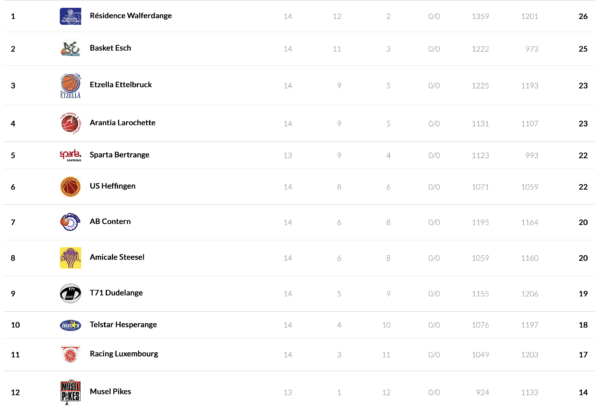 In the women’s league, Sparta will host Amicale on Friday. The team from Bertrange needs a win to make a push at the play-off places. On Saturday, Gréngewald (8:6 record) and Esch (7:7) meet while Wiltz (2:11) faces a tough challenge against the unbeaten leader T71. On Sunday, Etzella will host the Musel Pikes and Résidence and Contern meet each other. 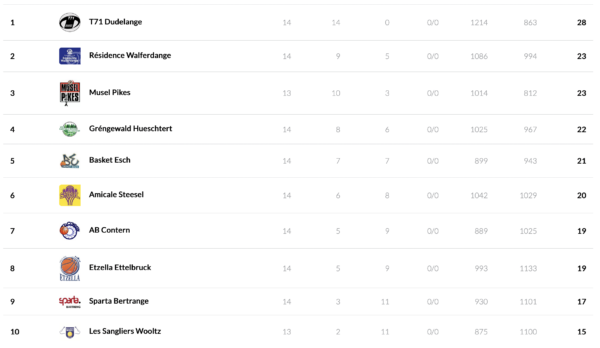