Our women’s national team was able to start the European Championship of the small countries with a win! The team of coach Mariusz Dziurdzia won 94:65 against Kosovo after a strong collective effort on both sides of the floor.

First half:
Luxembourg has a slow start into the game with only 1 point scored in the first 3 minutes (1:6). However, from that point on, our women played very strong. Jablonowski scored 5 quick points to tie the game (6:6) and with an exceptional defensive effort, Luxembourg was able to build a lead in the first half. 10 players played in the first half and 8 players scored at least one basket and this big rotation by the coaching staff allowed Luxembourg to play at a high level with high intensity on the defensive end. Luxembourg took 22 « 3-pointers » in the first half compared to 20 shots from 2-point-range – a succesful strategy as the team led 46:30 after 20 minutes.

Second half:
Catherine Mreches (2x) and Magaly Meynadier (2x) started the second half with four made shots from outside for our women, the lead started to get comfortable (58:38). Luxembourg continued its big rotation and continued to build the lead as Kosovo did not get any easy shots. Luxembourg did not allow Kosovo to get back into the game and finally won this game in a convincing way. 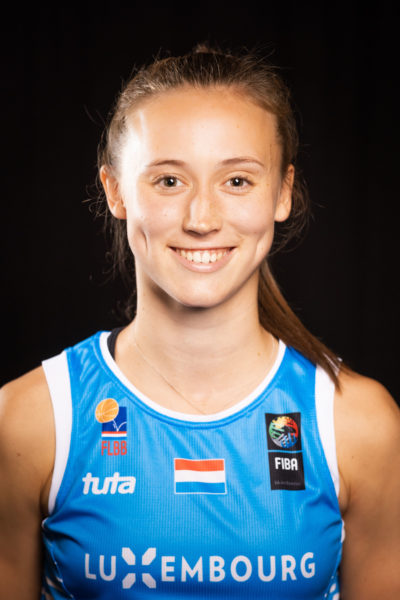 Key facts:
All 12 players played for Luxembourg, Catherine Mreches led the FLBB-squad with 26 points, Meynadier and Simon added 14 apiece. The team had 27 assists! 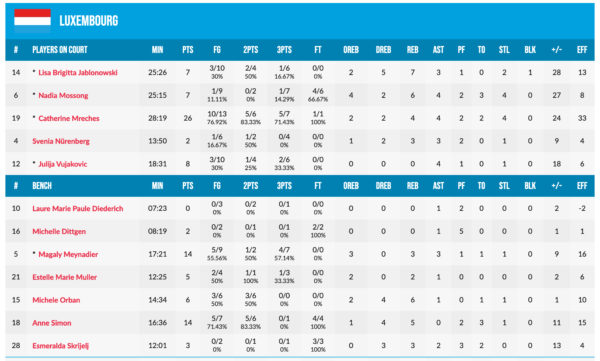 The next game will be played on Thursday at 18:00 against Cyprus!