On Sunday-evening, our women’s national team played in Italy, it was the second game of the FIBA 2023 European Qualifiers. After losing a close game against Switzerland at home on Thursday 54:58 ( –> Switzerland with the better second half (stats and videos) ), Italy was too strong for Luxembourg and finally won the game 82:48. However, our women showed a great fight over 40 minutes.

Our women had a good start into the game. Some nice plays and 2 early made 3-pointers by Meynadier kept the FLBB-squad in the game. Favorite Italy took control of the game in the second quarter and had a 14-point lead after 20 minutes (40:26). Our women continued to compete with the hosts after the break and showed some nice plays. Furthermore, Luxembourg showed a lot of heart as the team played full-court defense sometimes or took 3-pointers in transition with confidence (video). While Italy was able to slowly pull away and increase the lead until the final buzzer, the FLBB-team stayed concentrated and fought until the end. These games on the road in Italy are clearly a moment that our women will remember. 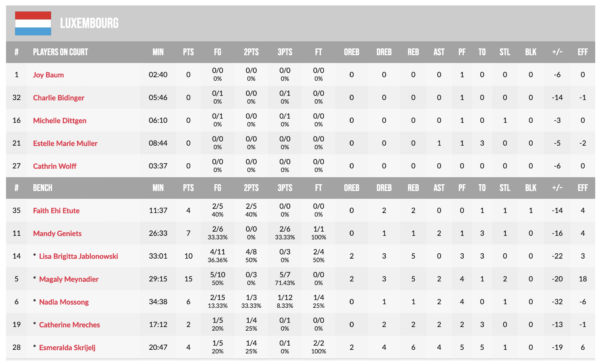 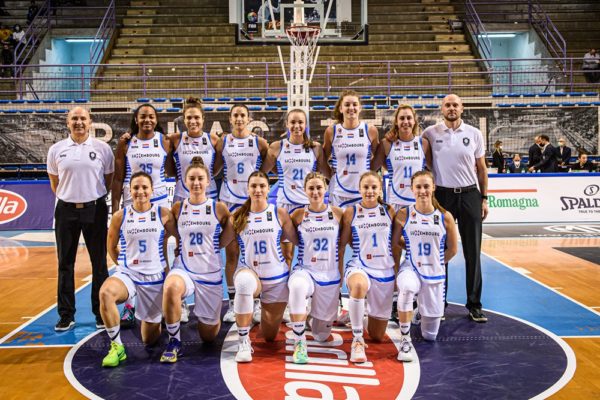