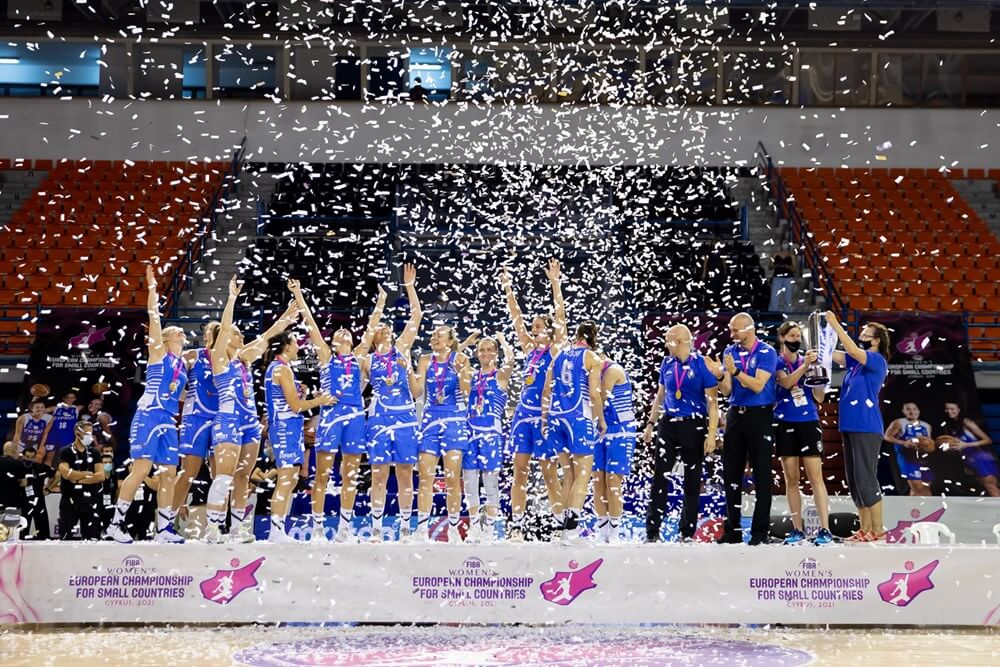 Our women’s national team has won the GOLD medal at the European Championship for small countries. In the final against Ireland, both teams were undefeated before the game but Luxembourg managed to win a close game, the final score was 69:59.

In a balanced first half, Luxembourg had a 32:22 lead early in the second quarter but Ireland fought back and the score was tied at the break (41:41). 9 players scored for the FLBB-squad in the first 20 minutes but Ireland showed a great team effort as well with 8 different scorers in the first 2 quarters. Both teams played a on a very similar level in the first half in a very entertaining game.
In the second half, Luxembourg took over the game and won the third quarter 17:5, once again with multiple players scoring the basketball. Ireland tried everything but Luxembourg did not allow them to get back into the game.

Stats:
– Luxembourg had 20+ assists once again
– 4 players scored 10+ points for the FLBB-squad, the scoring was very balanced
– Luxembourg has won all 4 games in thei competition 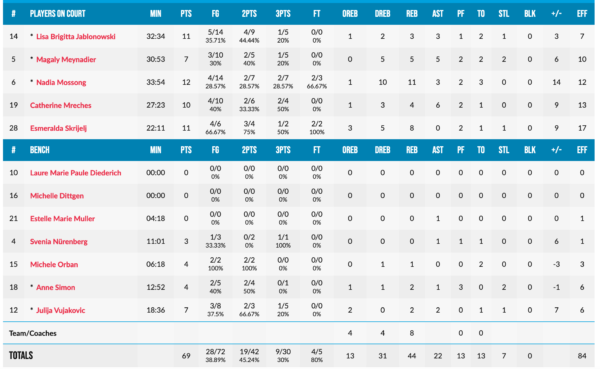 More information, pictures and videos about the game will follow soon.