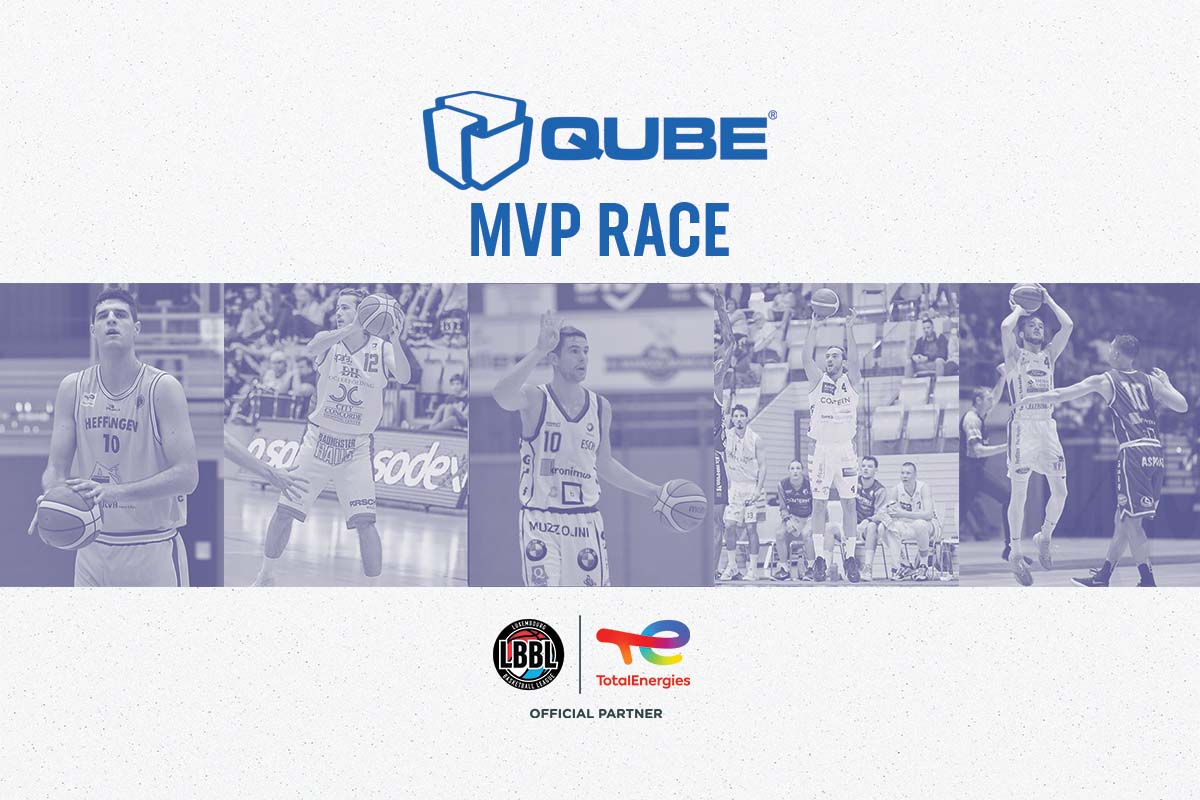 The men’s JICL MVP race (Top 5) is presented by our partner QUBE.

Next to the statistics of the players, other criteria such as the record by the team also take an influence on the ranking. Obviously with only 4 games played so far, it is still very early in the season but here are the top 5 JICL players of the season 2021/22 so far (first edition).

1. Pit Biever (Basket Esch)
Biever started the season 2021/22 exactly where he left off last season. In the first game of the new season, Pit scored 24 Points and had 6 threes. In fact his hot shooting from last season seemed to have carried over, as he is averaging 3.5 threes a game in the first 4 games. He is the second leading JICL scorer behind Feipel and his team is unbeaten so far. 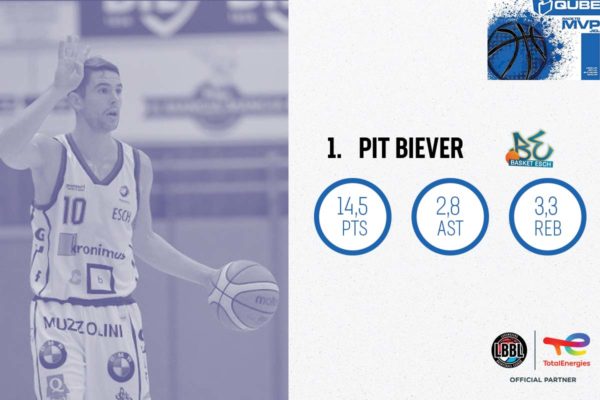 2. Lou Demuth (US Heffingen)
Lou Demuth, and his team US Heffingen have been the surprise of the season so far. Lou, who spend last season playing in the US, immediatly had a big impact on Heffingen’s 4-0 start. While he is currently averaging a double-double with points and rebounds, he is also averaging 2 blocks per game which is the best mark for all LBBL players (JICL & Non-JICL). 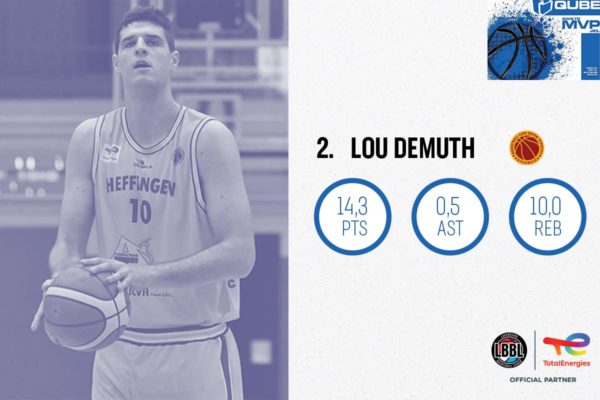 3. Mike Feipel (Sparta Bertrange)
Feipel is the top JICL scorer of the league and also the player with the best efficiency so far. He had a strong season last year without professional players on his team and he continues to be one of the best players of the league this season. Sparta is 3-1 to start the season, which earns Mike a top 3 spot on the QUBE MVP Race. 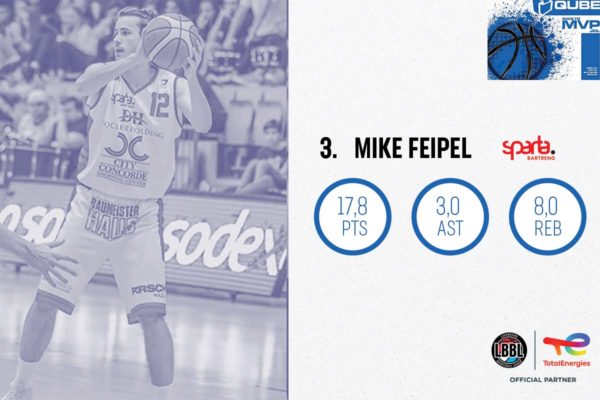 4. Philippe Gutenkauf (Etzella Ettelbruck)
Gutenkauf has been one of the best players in the LBBL (former Total League) for many years. He is the motor of a strong team from Ettelbruck and his 12.3 points per game are the 5th best mark for JICL players. Etzella has lost some key players from last year, so Sticky has to take over more responsability which could result in him extending his scoring average as the season goes on. 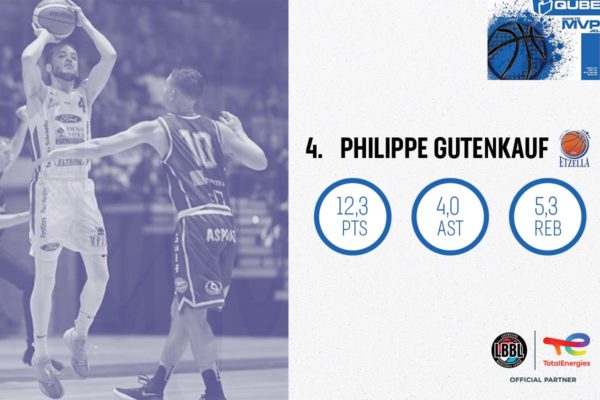 5. René Wolzfeld (AB Contern)
AB Contern didn’t have the best start to the season (1-3 record), but René Wolzfeld has put up big numbers so far as he is among the leaders in points and rebounds for JICL players in the league. While having great offensive stats, Wolzfeld is also averaging 2 steals per game. He will surely help Contern improve in the Win column as the season goes on. 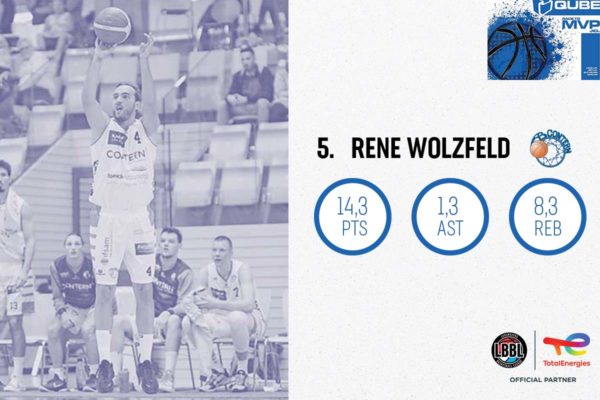 Other players to watch:
As we mentionned, it is still very early in the season and changes might be coming in this ranking over the course of the next weeks. Malcolm Kreps (who draws the most fouls by any JICL player) and Xavier Robert-Francois are 2 candidates from Résidence that have a good chance to enter the top 5 if they continue to play well. Bob Melcher has only played 2 games so far this season. Philippe Arendt is leading all JICL players in assists, Yann Wolff is close to averaging a double double and Joé Biever is having another strong season in a very strong team from Esch. These are only a few of many other players that could enter our top 5 over the next weeks.