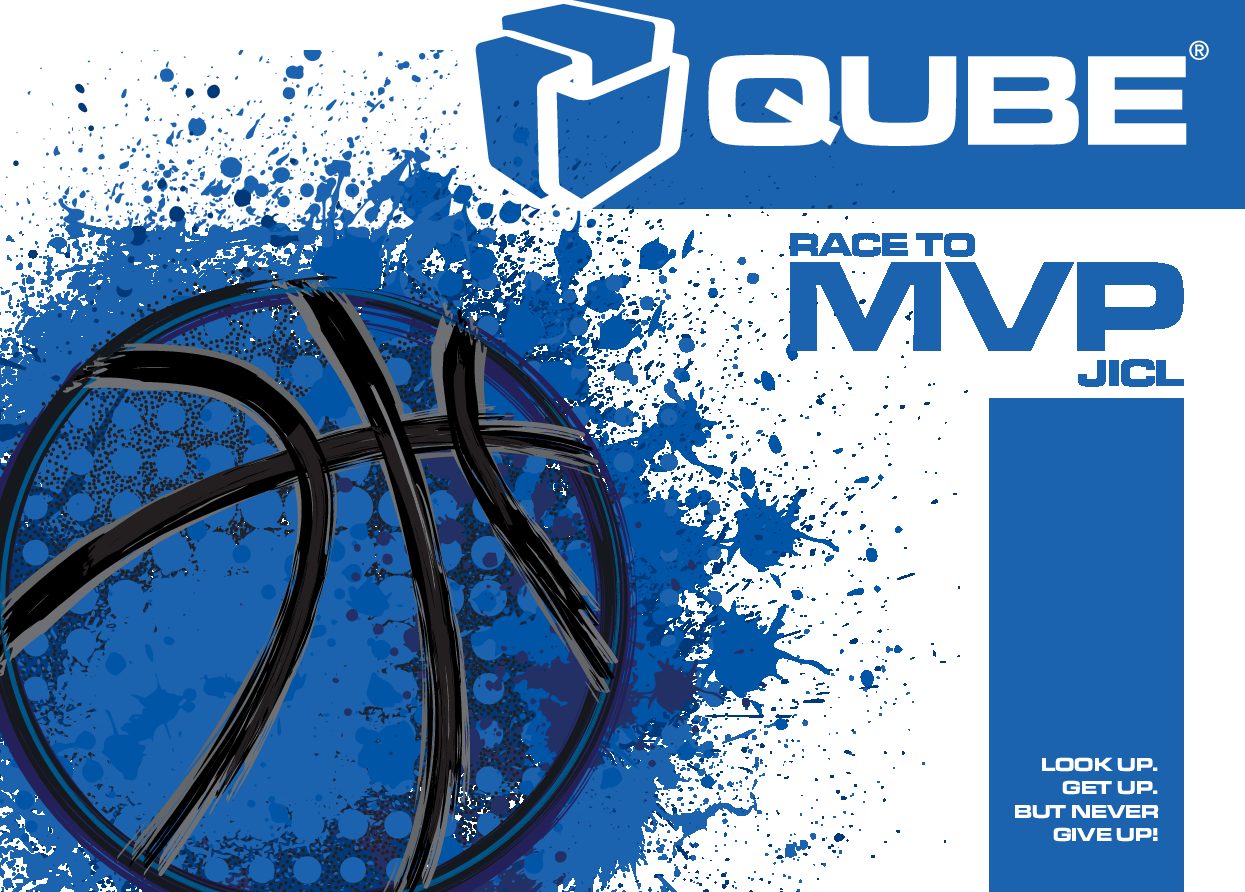 We are proud to present QUBE as the new sponsor for the rubric « Men’s JICL MVP RACE » for this season. The season in the men’s league continues this Wednesday, we take a look at the leaders in the most valuable player category after the first few games of the season.

–> In his final season as a player, Muller is playing as consistent as ever by averaging 15 points and 10.4 rebounds per game. T71 has won 4 out of 5 games this season. 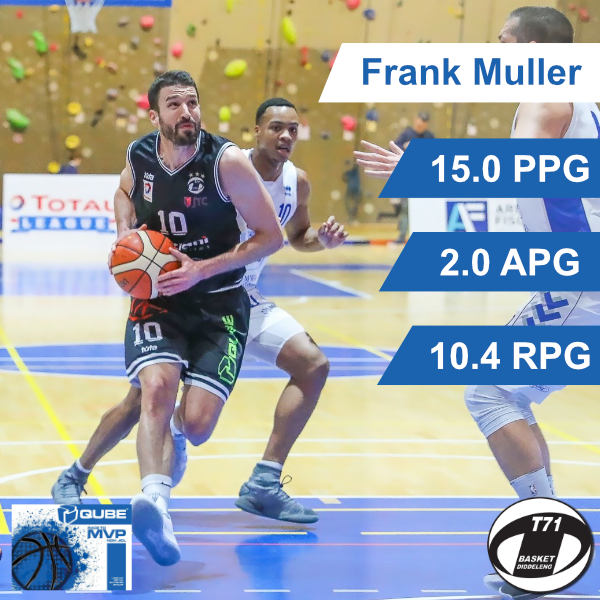 « Sticky » is leading all JICL players in scoring with 15.6 points per game while his team is 5:0 on the season! As a leader on the floor, his role in Ettelbruck has grown every year and he also averages nearly 6 assists per game, second among all JICL players. 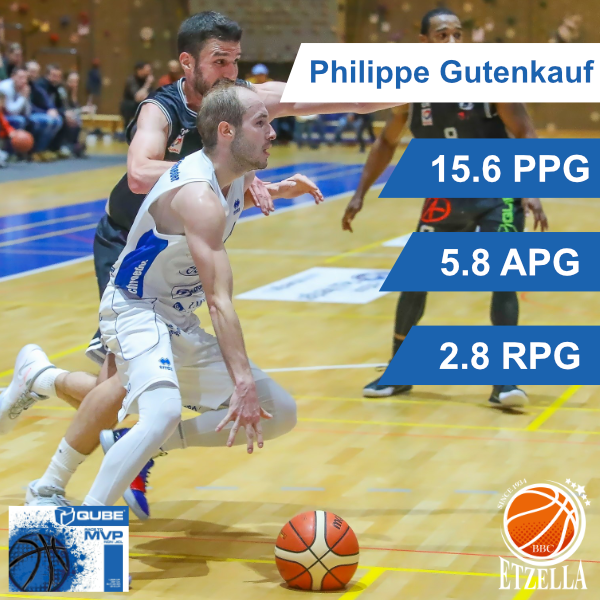 Basket Esch has had a great start into the season and wants to defend the national title. Biever is the main JICL scorer for Esch and most of all, his efficiency stands out, he is shooting 54% from 2-point, 41% from 3-point and 91% from the free-throw-line. 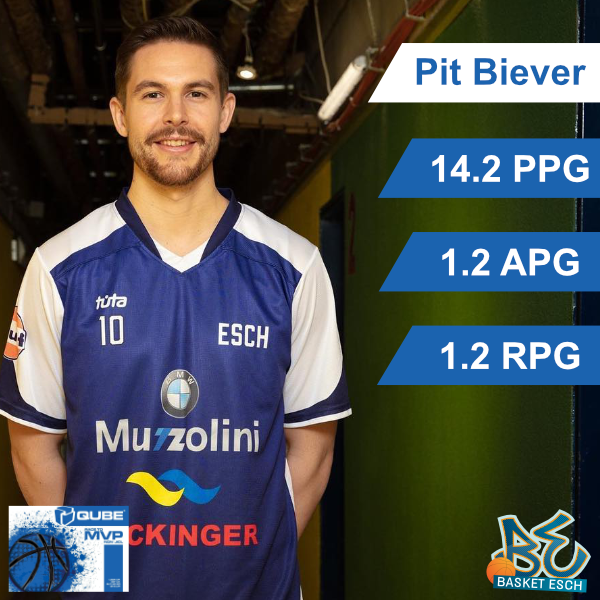 Big man Francois, who is part of our national team’s roster, is one of the top big men in the league, he averages 12.6 points and 8 rebounds per game. Résidence has won 3 out of 5 games this season. 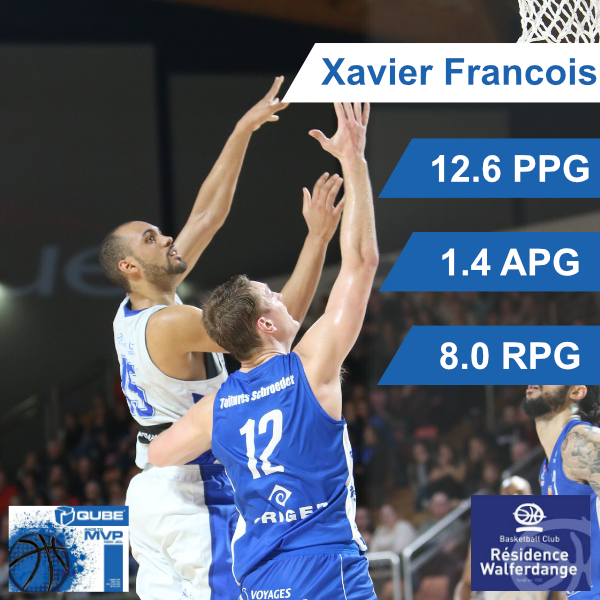 After a break, Melcher returned and immediately has been the good all-around player for Racing. With 13 points, 6.2 rebounds and 6.2 assists, he fills every stat category. 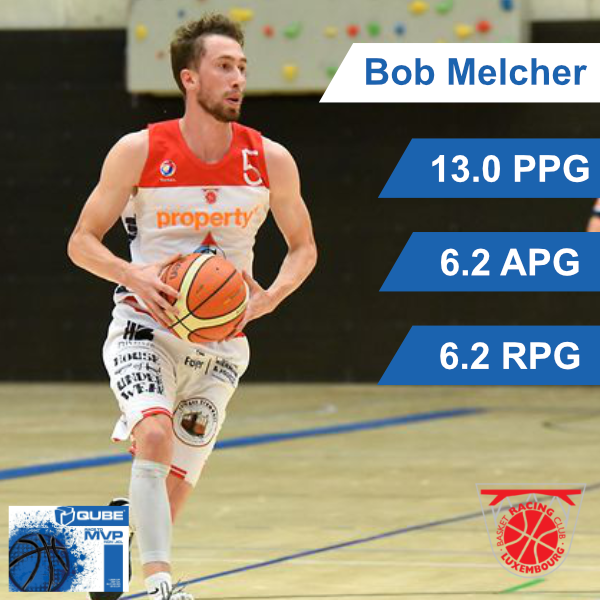 This ranking will be updated regularly during the season. Some players might be able to jump into the top 5 over the next weeks. Tom Schumacher has been an MVP-favorite for many years and despite his relatively slow start, he clearly has the potential to climb this ranking quickly. Christopher Jones and Max Schmit are two players of US Heffingen that have potential to take over games and they could also play a big role in this ranking later this season. Joe Kalmes of the Musel Pikes (15 points, 6 rebounds) is another player to watch as well as his teammate Tom Welter. Other young players like Mihailo Andjelkovic or Mike Feipel could have an impact on this list as well.