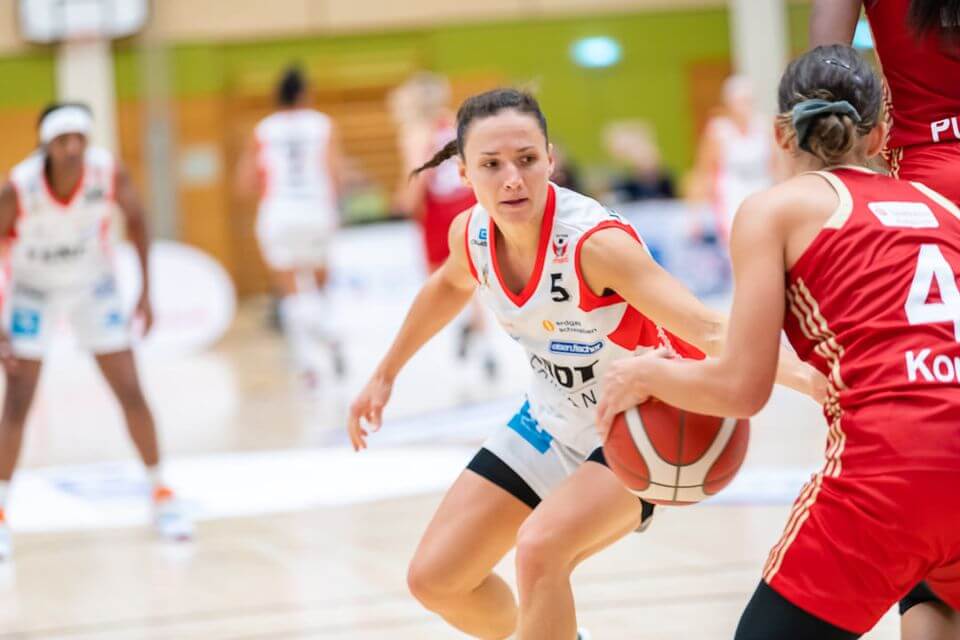 In the duell between two Luxembourgish players in the German Bundesliga, Magaly Meynadier came up victorious with her team XCYDE Angels Nördlingen against the Saarlouis Royals.

The final score in the low-scoring game was 54:51, Meynadier played 19, she had 3 rebounds, 1 assists and 2 steals, Geniets did not play.