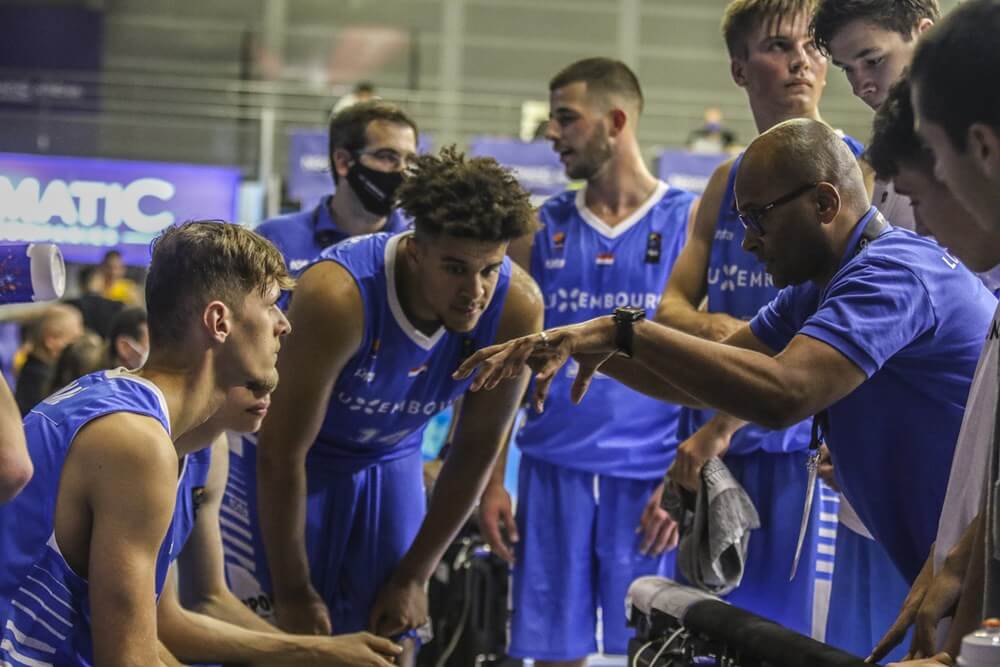 Our U20 men played their first game of the European Challenger on Tuesday. In the end, North Macedonia was too strong and was able to beat the FLBB-squad 57:73.

Max Logelin led Luxembourg with 12 points, Lazar Lukic and Ivor Kuresevic added 11 points, 11 players scored at least 1 point for our squad. It was a teid game for 3 quarters but North Macedonia managed to pull away late in the game.

Quote by coach Amadeo Dias:
„Luxembourg played three good quarters and had some good runs, after a good team effort and great fighting spirit they were able to keep the game balanced going in to the 4th quarter.
In the final quarter the opponent managed to ring Luxembourg down and was able to take over the game. After the fatigue kicked in the turnovers helped the opponent to take control of the game and to secure the win.
Overall the guys showed a good performance.“