Recap: Women and Men at 3 X 3NL in Amsterdam 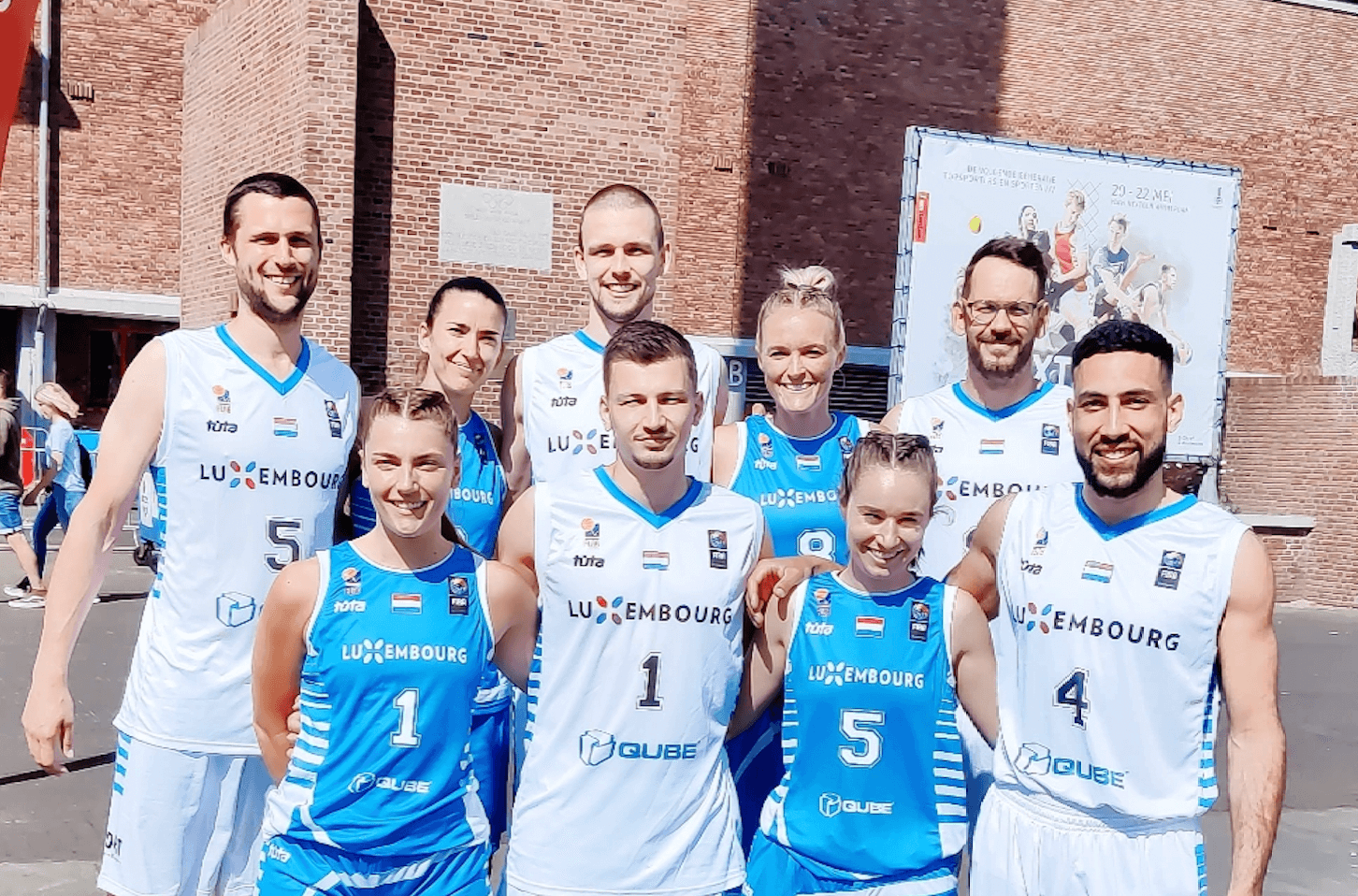 Both the women and men 3×3 teams travelled to the Netherlands for the weekend to participate in the 3x3NL Amsterdam on May 22nd, to gain more experience and continue the preparation for the FIBA 3×3 Europe Cup Qualifiers (4-5 June in Limassol, Cyprus).

The women’s team was represented by Bridget Yoerger, Michelle Dittgen, Lina Fapranzi and Nadia Mossong. They played a total of five games and only lost to the Dutch National Team, currently preparing their own European Qualifiers in Tel Aviv, Isreal. In this second tournament for our women, they were able to improve in several areas from last weekend’s tournament in Le Havre.

3×3 Women’s Coach Vincent Gevrey:
„A positive 2nd place at the 3x3NL Amsterdam tournament.Our team is still progressing, but more and more positive elements start to show.Offensively, players start to build good connections and the game becomes more stable and balanced. Our defense is starting to be more aggressive too. At this point, our players have proven their motivation and focus to get our teamplay as well as our fighting spirit to a higher level.This is why we were able to win 4 out of our 5 games by KO (21 pts scored).However, we still have to improve in all aspects if we want to be competitive against more experienced teams like the Dutch National Team.Congratulations to our girls!Next and last step before Cyprus: training camp in France this week. »

Along with the women, also four players from our men’s 3×3 team, Christophe Laures, Malik Wilson, Tom Schomer and Scott Morton, participated in the Elite category of the event. After the group phase the team won their quarterfinals game and a hard-fought semi-final to advance to the tournament final. Unfortunately the performance of the last game was not enough to win, but the team impressed with fighting spirit and toughness throughout the whole day.

3×3 Men’s Coach Majdi Anan:
„The tournament was a great opportunity for us to evaluate how we have progressed in preparation for the FIBA 3×3 Europe Cup Qualifiers. We played against several local teams, such as the Netherlands national B team. The games were very intense. We were able to make it to the finals where we lost by 2 points because the team ran out of gas. It was a step in the right direction for us. I want to thank the players for their high intensity and the physios for keeping them ready to play in a physical tournament.“