The 6 play-off teams are known 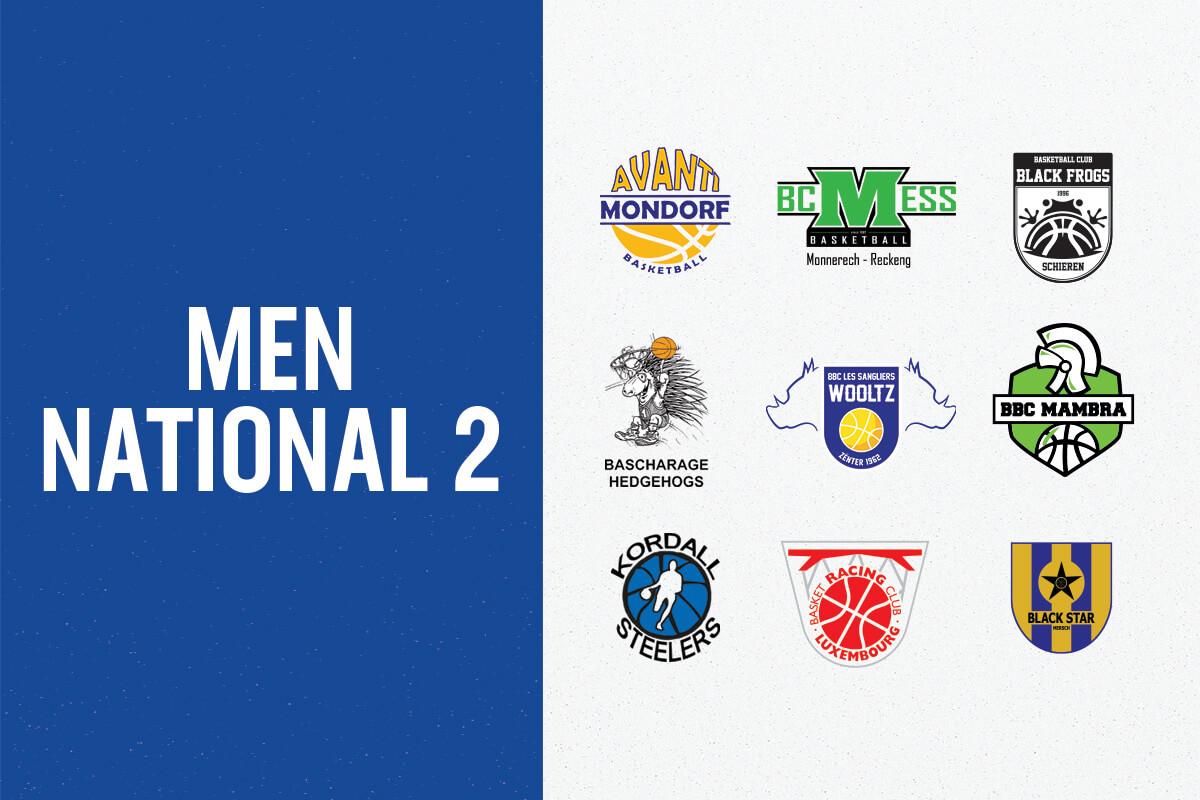 The 6 teams that will compete for the promotion to the LBBL in this year’s National 2 are known. With several game days remaining (teams have played between 12 and 14 games out of 16 total games), the Kordall Steelers, Black Star Mersch, Avanti Mondorf, Mambra Mamer, Racing Luxembourg and the Hedgehogs Bascharage will be part of the the 6 team playoff group. 10 more games will be played in the play-offs and the best two teams will immediately promote to the LBBL while the third placed team will get a chance to play a promotion series against the third last placed team from the LBBL (best of 3 series).

This weekend, 4 games were scheduled.

League leader Kordall Steelers was able to win the top game against Black Star Mersch, the final score was 101:85 in favor of the hosts. Spencer Scott led the way for the Steelers with 34 points and 12 rebounds while Max Schmit scored 9 points and dished out 11 assists. Kordall overcame a game-high 51 points by Black Star’s league leading scorer Tylik Evans. Kordall stays on top of the league with a 12:1 record, Black Star remains at second position a 9:5 record.

Avanti Mondorf stays in a strong position in the standings (10:3 record, tied for second place with Black Star) after beating Racing Luxembourg 77:71 on the road. Jalen Green (26 points, 21 rebounds) and Blake Seits (24/10) had double-doubles while Steve Kuhlmann added 15 points for the guests. The team from the capital has a 6:8 record after this loss.

In a game between 2 teams that will fight against relegation in the play-down, BC Mess earned a 75:74 win over the Black Frogs Schieren. Nathaniel Sheppard led his team with 28 points as Mess overcame a JICL season high in points by Schieren’s Thierry Schaaf who scored 35 points in this loss. Schieren announced during the week that they will add a new professional player (Brenden Van Dyke) to reinforce the team over the next weeks. Schieren is last in the league standings with a 1:12 record, BC Mess has won 3 out of 13 games so far this season, both teams will meet in the play-down.

On Sunday, Mambra Mamer and the Hedgehogs Bascharage completed the game day. The guests were able to win a close game 87:85 behind 43 points by Christopher Barton. In his debut for Mamer, Lewayne Grant scored 16 points but it was not enough to grab the win for the hosts. Mamer’s record drops to 7:6 while Bascharage has a 7:5 record after this win.

The game mode this season in the National 2: 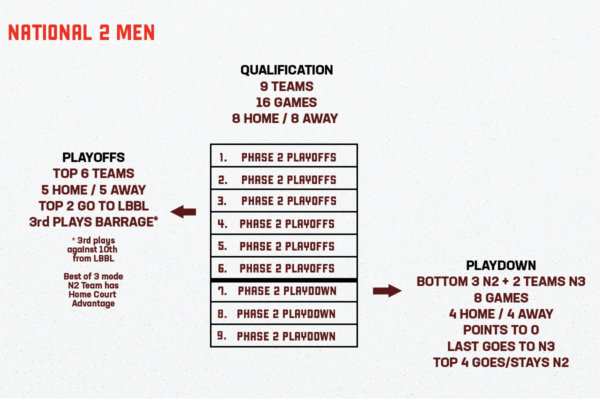