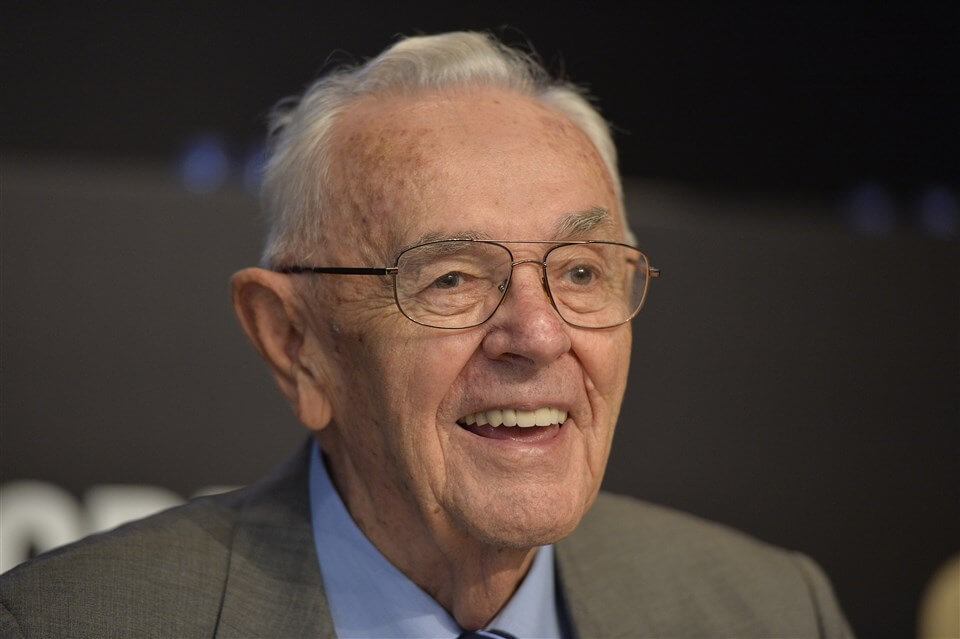 It is with profound sadness that FIBA on March 20, 2020, confirmed the passing of FIBA Secretary General Emeritus Borislav Stankovic. He was 94 years old.

FIBA Secretary General Andreas Zagklis said: « On behalf of FIBA, I wish to express our deepest sympathies and pass on our heartfelt condolences to Mr. Stankovic’s family, friends and loved ones.

« Whether as participant to the first-ever World Cup game in 1950, as organizer of the first-ever World Cup taking place in Europe (Yugoslavia, 1970) or as leader of the International Basketball Federation for a quarter of a century, Borislav Stankovic will always be one of the most important figures in the history of our sport. We are eternally grateful to him for all he did in implementing concrete changes without which FIBA would not be where it is today. »

He was involved in sports from an early age, focusing his efforts on tennis and table tennis. He discovered basketball in his teenage years and, once involved in the game, he explored most of its facets. Not surprisingly, he would go on to experience tremendous success.

He studied Veterinary Medicine at the University of Belgrade, with basketball rapidly becoming his number one passion.

As a player, he helped Red Star Belgrade win two national titles (1946 and 1947) and was selected to represent Yugoslavia on 36 occasions, including at the inaugural FIBA Basketball World Cup in 1950 in Buenos Aires, Argentina.

Starting in 1953, Mr. Stankovic embarked on an illustrious career in sports administration that spanned more than seven decades.

A member of the Central Board of the Yugoslavian Basketball Federation (YBF) from 1953, Mr. Stankovic moved up the ranks of national and international sports administration rapidly. In 1960, upon the proposal of FIBA’s first Secretary General, Mr Renato William Jones, he was appointed Vice-Secretary General of FIBA.

Six years later, he became YBF Secretary General and this marked the year when he pledged his efforts to basketball full-time, ending a decade-long career as a veterinary inspector for meat control in Belgrade. During his time at the helm of FIBA, he is credited with countless achievements, the most significant of which were continually working towards building bridges between the East and West during the Cold War and working closely with the former NBA Commissioner David Stern in the late 1980s-early 1990s to bring world basketball into the modern era. This resulted in having, for the first time ever, professional players participate in top-level national team competitions (Olympic Games, FIBA Basketball World Cup), starting at the Barcelona Olympics in 1992.

Beyond basketball, he sat on and/or chaired numerous IOC and international sporting committees and commissions.

Mr. Stankovic’s many efforts and contributions have been recognized with countless awards and merits all over the world.

He is survived by one daughter, two granddaughters and two great grandchildren. (Press Release FIBA)

In a statement addressed to the European basketball community, FIBA Europe President Turgay Demirel expressed his condolences to the Stankovic family, relatives and friends.

We were saddened to hear about the passing away of FIBA Secretary General Emeritus Borislav Stankovic. Both from myself and on behalf of the European basketball family, I would like to express the most heartfelt condolences to the family, relatives and friends.

The world of basketball has lost one of its great figures and we will forever be thankful to Mr. Stankovic for growing the game we all love worldwide. To honor his memory, we should appreciate the fact that basketball would not be where it is today without his leadership, foresight and vision as FIBA Secretary General.

I feel blessed to have known Mr. Stankovic on a personal level since 1992 and while no words can express my most profound sorrow, I am certain his legacy will live within the sport of basketball for generations to come.