U16 girls lose close game against Slovakia (stats, pictures and analysis by the coaching staff) 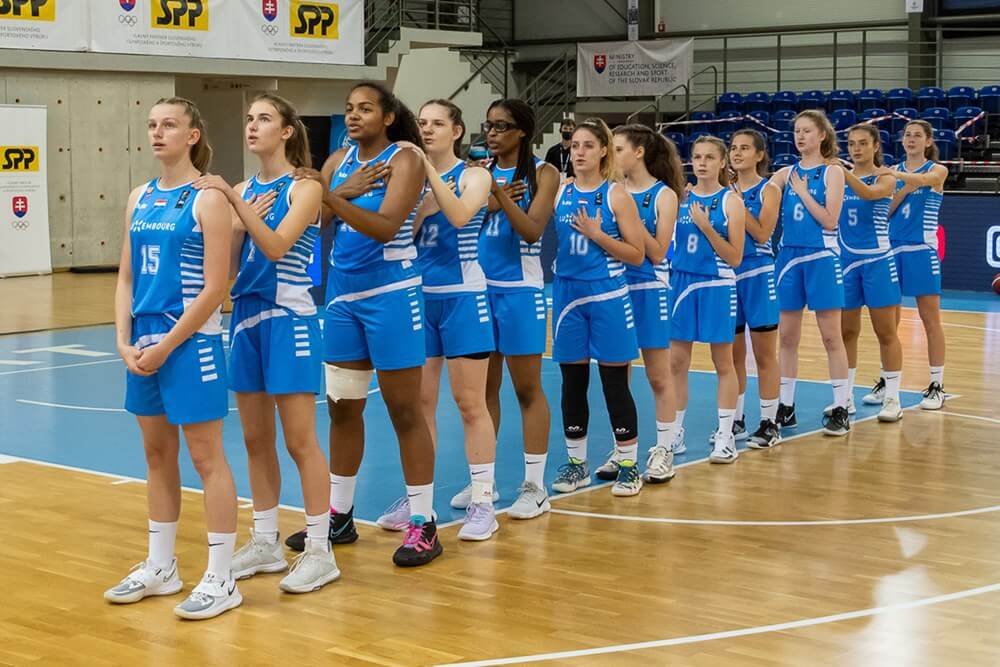 Our U16 women have lost the second game of the European Challenger, the final score against Slovakia was 54:57 in a very close game.

Faith Ehi Etute scored 25 points and Rejoice Mac Hanson added 10 points and the FLBB-squad won the final quarter but it was not enough as Luxembourg did not hit a shot from outside (0/13) and missed some free-throws (4/15).

Coaching staff:
„Luxembourg loses against Slovakia, the favorite of the tournament, after an intense fight.
Unfortunately, free throws were decisive: for the second day in a row, the team shot poorly from the free-throw line.
The girls had a better start than they did against Romania on the previous day, but unnecessary turnovers gave Slovakia a 9-point lead.
During the second quarter, they played consistently to their good performance during the second half of their first game.
An aggressive zone and zone press defense allowed the team to win the second quarter in an impressive manner (6-20) as the team from Slovakia was not able to find good solutions in offense.
The team shot better than on the previous day: They scored out of good defensive stops and good collective possessions lead to impressive baskets.
At the break, Luxembourg had taken the lead back (24-29).
The Slovakian team left the locker room highly motivated and well adjusted to their opponent. They used their size advantage in a smart way and they won the third quarter (20-12). The girls from Luxembourg were not impressed: using different defenses they fought back once again. They played with a lot of heart and passion and took back the lead after 35 minutes. In the last minute, the Slovakian team made a decisive 3-pointer to take the lead (57-54). Luxembourg had an opportunity to tie the game in the last 6 seconds, but unfortunately, the shot didn’t fall.
The coaches are very satisfied with their team’s performance. Despite this defeat, Luxembourg has certainly earned respect from the other teams.
Like yesterday, Ehis Etute played brilliantly: 25 points, 20 rebounds, 5 assists, and 5 steals.
Another difficult opponent awaits tomorrow as the team will face Israel. The Luxembourg team will try to make it as difficult as possible for the opponent and show a good performance in order to take another step forward.“ 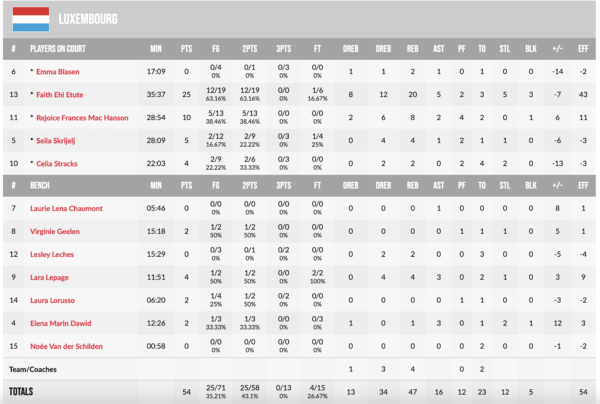