U18 girls lose against Portugal 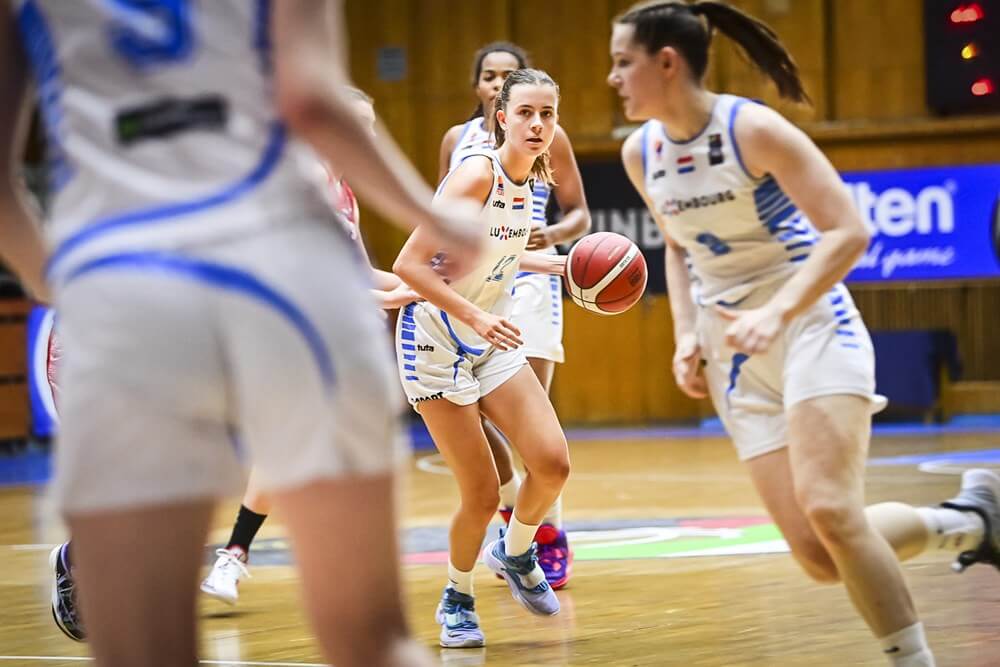 Our U18 girls have lost against Portugal on Tuesday at the European Championship (Division B). It was the second loss in a row after starting the tournament with 2 victories.

In the 32:78 loss, Luxembourg had 41 turnovers and shot only 21 percent from the floor. At the break, the FLBB squad only trailed by 5 points after a very strong first half but Portugal wbecame stronger in the second half. Luxembourg finishes group A with a 2:2 record. 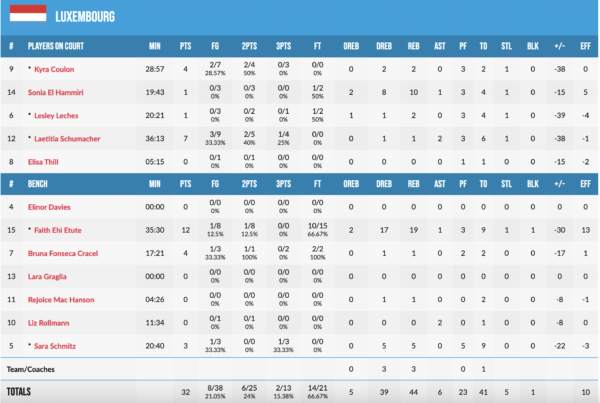 Report by the team staff:
„Today we had a good first half against Portugal. With a 10-0 run in the second quarter, we were able to reach our goal to keep them under 30 points at halftime (26:21).

In the second half the opponents played in a very quick and collective way and we have not been focused enough after 4 games in 4 days. They decided the game after the break by scoring 29 points in the third quarter.

With 2 wins and 2 losses we achieved the 3rd place in our group. Our next game will be on Friday.“