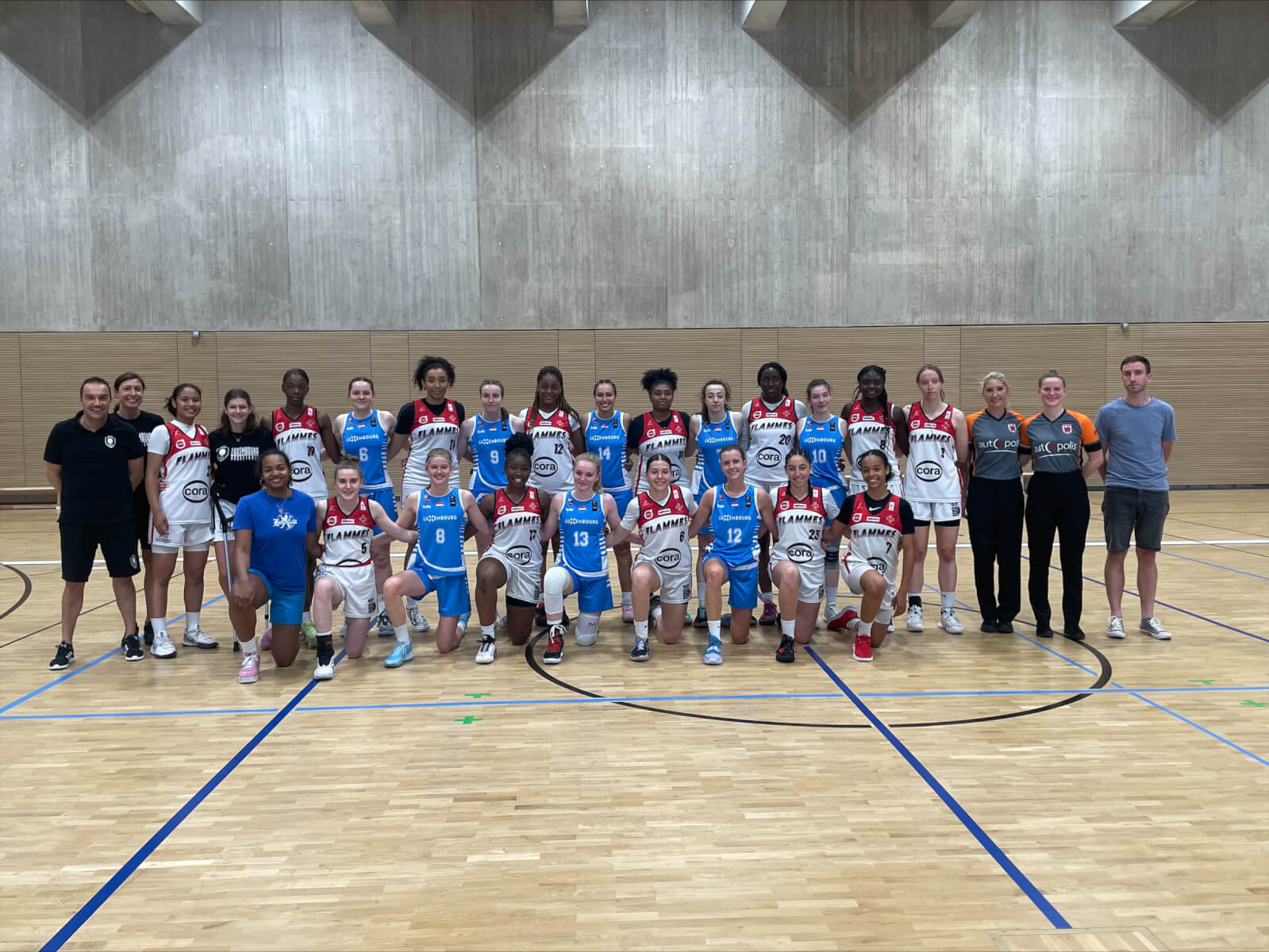 Our U18 girls played two friendly games against the French team Flammes Carola this weekend. Against the physical team, our national team lost the first game 46:64 and the second game 76:78.

In the first meeting, our girls started very intense and played together extremely well so that they led at the break. After losing the focus in the second half, the opponent was able to create a lead and win the game. Unfortunately, Sarah Schmitz got injured in this game.

In the second game,the girls started well once again and they kept the rhythm and intensity in the second half so that this game was close until the final buzzer.