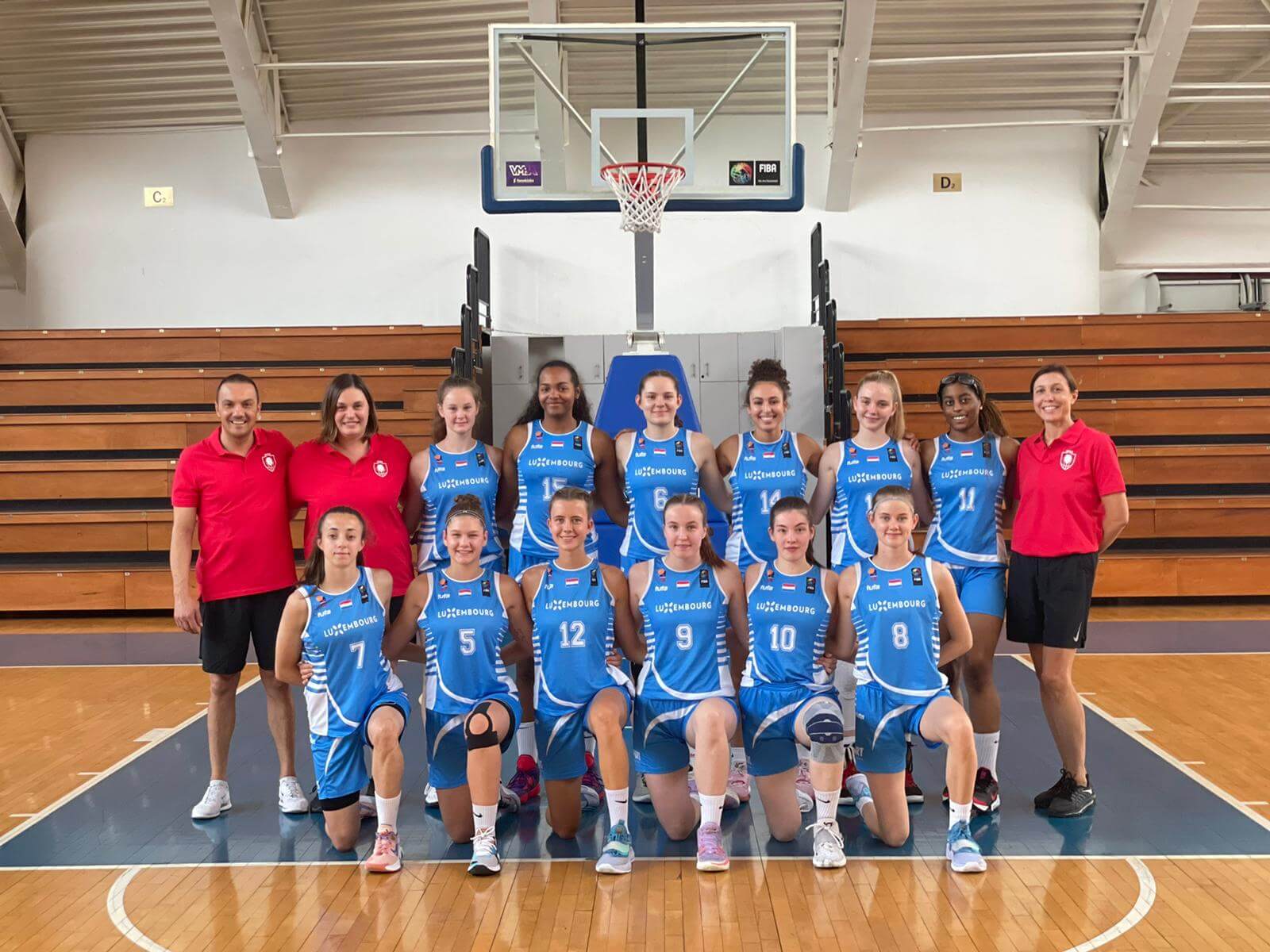 Our U18 girls are the third FLBB youth team to play the European Championship this summer.

Preview by the coaching staff:
On Thursday, our U18 women’s national team is going to Bulgaria (Sofia) to participate in the FIBA ​​Europe U18 Division B championship. For 10 days, 18 teams will compete for the championship and the possibility of moving up to Division A. The teams are divided into 4 groups. Luxembourg has been drawn into Group A where they will face Great Britain, North Macedonia, Croatia and Portugal.

In intensive preparation, the team worked hard and gave 100% in every training session. We played enough friendly matches, and after each match we improved our basketball.

The team has made two exchanges against the Netherlands and Romania, two very good teams, and the girls were able to beat the Netherlands in the first game with a 12-point difference and win a game after extra time by 1 point in Romania.

The team is now focused and highly motivated to face international competition in the coming days. The coaching staff hopes that the girls will represent Luxembourg well and that we can show some nice basketball.

The roster of team Luxembourg: 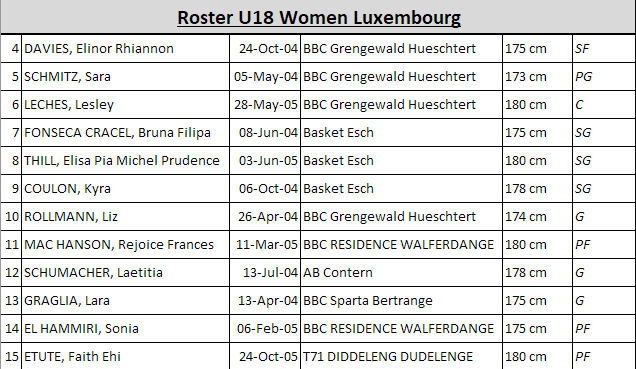