U20 women lose against Romania, finish 3rd in their group (quotes by the coaching staff and Joy Baum) 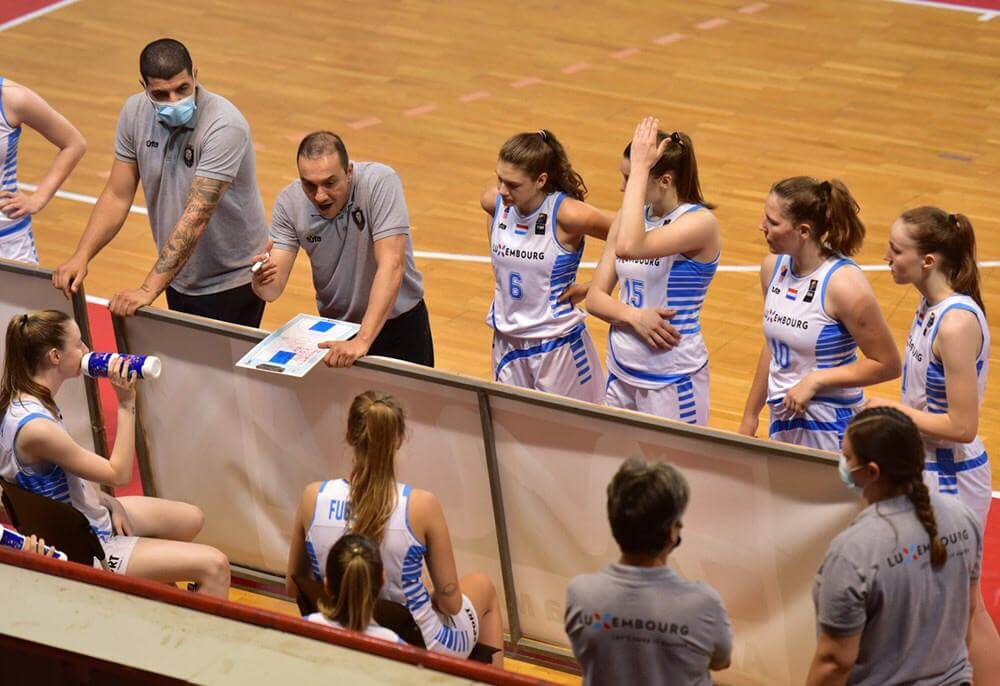 Our U20 women have lost the last game at the European Championship against Romania, the final score was 59:73. With this loss, Luxembourg finishes 3rd in their group of 5 teams with 2 wins and 2 losses.

On Sunday, Sofie Olsen led Luxembourg with 11 points while 10 players scored at least 2 points for the FLBB-squad.

Last game in this European challengers, our girls fought and tried their best to win the game. Unfortunately the opponent managed to win this game using the good performance of their 3 experienced players (#0 #10 and #7 who combined 54 for points out of 73)
Offensively : The hesitation in first half and turnovers didn’t allow us to be efficient enough, in the second half we managed to take our open shots and hit 11 three points shots (only 2 made in first half)
Defensively: Our defense struggled in the second quarter and couldn’t manage to control the defensive rebound against their tall players ( specially against 1.95 #0 )
However, we are so satisfied about the team performance and really optimistic about the future of this generation .

Our goal was to stop their 3 best players, we were unfortunately not able to do it. This was the deciding factor.
However we never gave up and kept our heads high. After halftime we were not able to cut the deficit but the opponent also did not extend its lead.