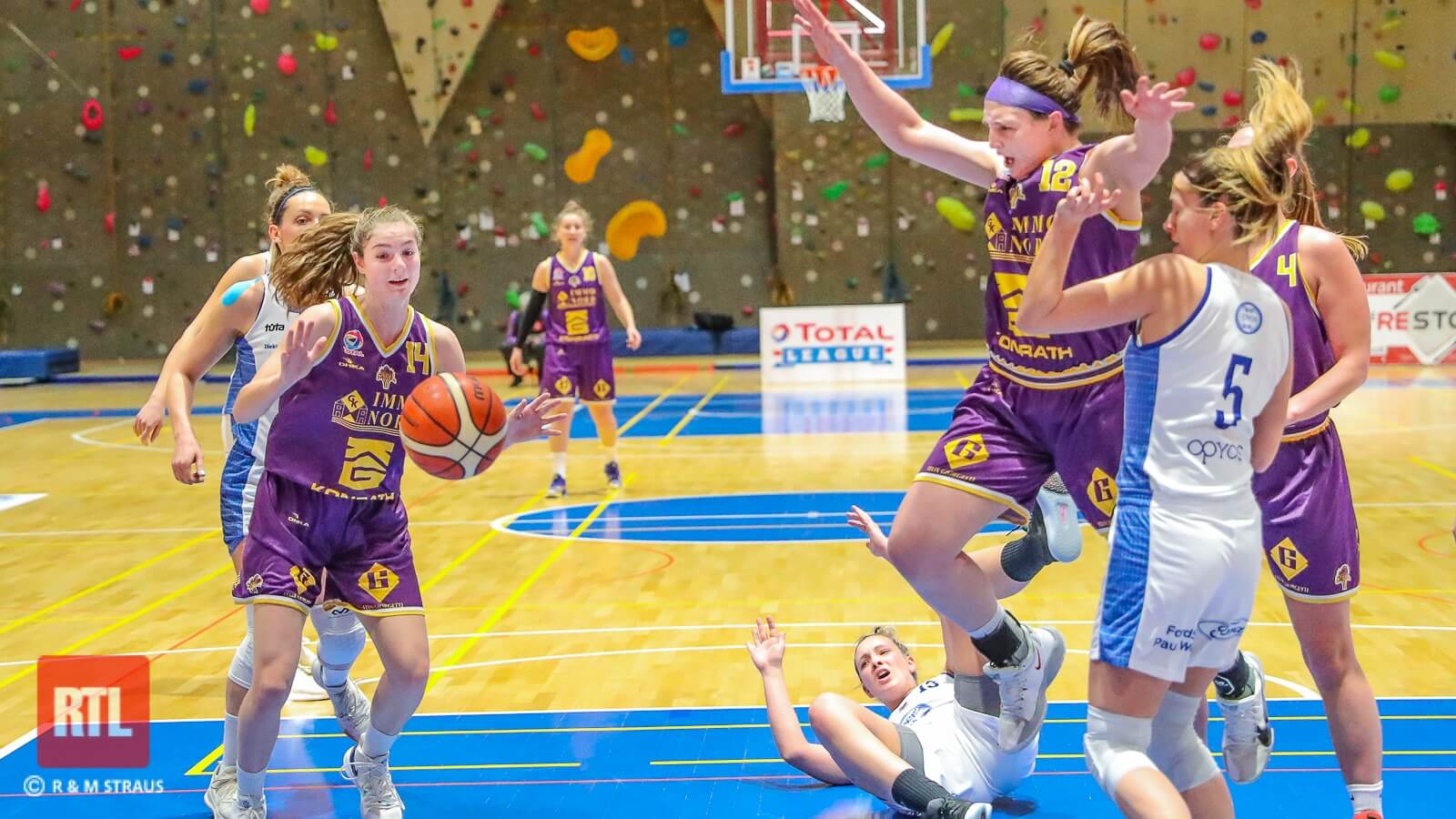 The final decision has fallen in the women’s Total League!

With an amazing comeback-win at home, Amicale was able to beat Esch and qualifies for the « play-in » game while Etzella managed to beat Contern and also qualifies. The play-in-games will already be played next Wednesday!

Amicale – Basket Esch 86:82 (after OT)
– the guests hit 7 « 3s » and led 45:27 at the break, Esch won the second quarter 30:9!
– Amicale started a big comeback after the break, they won the 3rd quarter 23:11 and continued their run in the 4th quarter
– Laina Snyder was unstoppable in the second half, she finished the game with 31 points, Likhtarovich had 25 points for Esch
– Wurtz fouled out just before the end of regulation and missed the overtime
– In an amazing thriller in OT with multiple lead-changes, Amicale had the better end in very hectic final minutes
– Skrijelj scored 21 points, she had 10 rebounds and 8 assists
– The season is over for Basket Esch