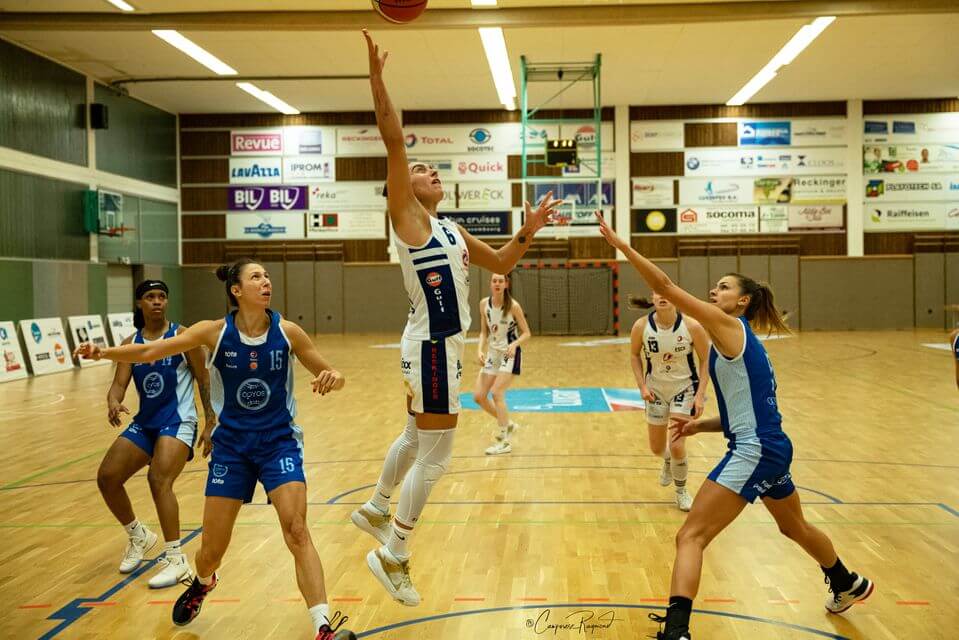 On the 5th game-day in the women’s Total League, Basket Esch stormed to a 69:46-win against a cold shooting Etzella team, the guests only made 28 % of their shot attempts.

Gréngewald earned a 75:66 win against Contern behind 23 points by Reili Richardson.

A very interesting game between T71 and the Musel Pikes ended with a close 62:60-win by the guests. Cathy Schmit and Bridget Yoerger led their team with 12 points while 4 other player scored at least 8 points to help the team overcome big double-doubles by Winton and Gianotti.

Finally, Résidence stormed to an easy 91:53-win over Amicale. Logic (27 points, 10 rebounds, 12 assists) finished the game with a triple-double.

In the standings ( standings_women ) the Pikes stay unbeaten (4:0) while 4 other clubs have 3 wins on their record.

On Saturday-evening, the Cup 1/8-finals were drawn.