10 things from the weekend (guest-article by Brian Carroll) 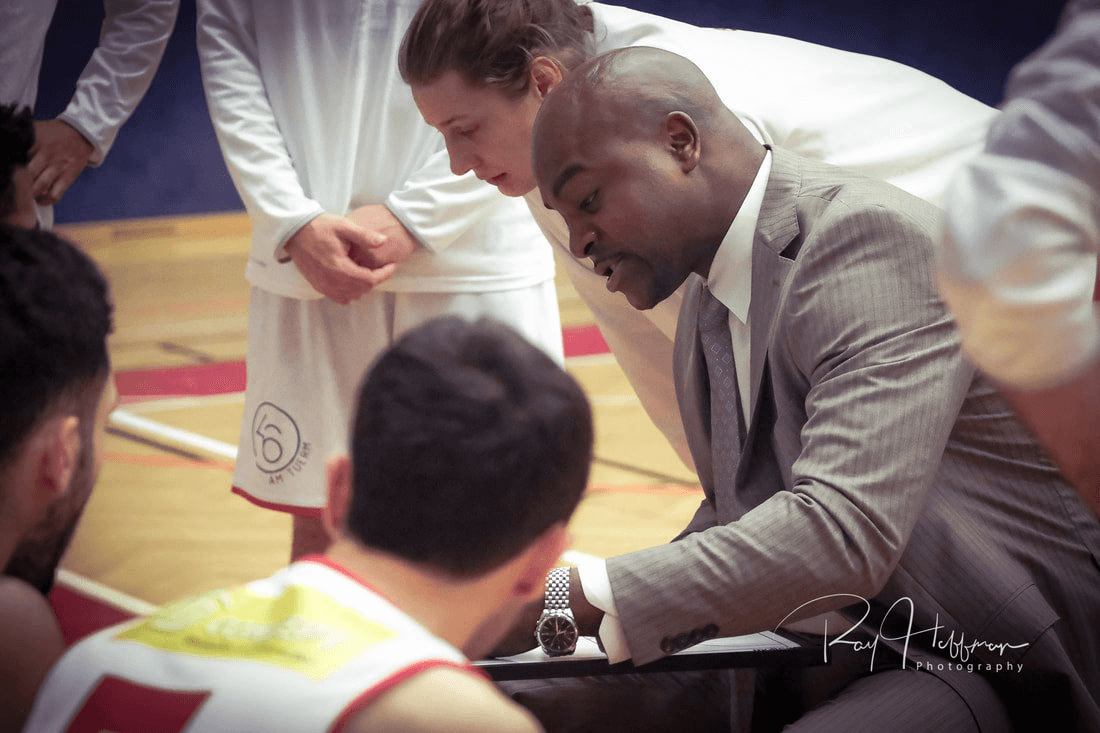 Walferdange’s perfect restart continues with an impressive road victory over T71. Defense has been the driving force to their ascension to first place in the standings with 8 wins and 2 losses and they were able to hold T71’s second rated offense in the Total League to a season low 72 points on 27% 3 point shooting.

Last season Walferdange finished 2nd in the National 2 and now they check all the boxes for a championship contender. They are very well coached by Alexis Kreps who has 23 years experience as a player and coach in Luxembourg. They defend (2nd in the Total League), rebound, and score (4th in the Total League) at the very top of the Total League and they have 6 players that are averaging 9 points or more. They have exceeded expectations to start this season but with young players like Malcolm Kreps (17 points and 7 rebounds against T71) and Tom Konen (11.2 points per game off of the bench this season) playing the way they have been playing alongside the consistent contributions from LaQuincy Rideau and Adam Eberhard this team is certainly not intimidated by any of the 11 teams that are currently behind them in the standings.

Larochette found themselves in their 3rd overtime game of this young season against Contern and, like their double-overtime thriller against T71 two games earlier, they were not able to make the necessary plays to secure the victory. This was a huge win for Contern as they played the majority of the first half without their leading scorer Jerome Frink who picked up 3 early fouls. Raul Birenbaum (20 points) is very quietly having his best season of his career at age 31 averaging a career high 14.2 points per game. René Wolzfeld (19 points and 13 rebounds in 45 minutes) is still more than capable of being a high level player both offensively and defensively in the Total League at multiple positions. New American Vinnie Shahid has given Contern a threat to score all over the court while also keeping his teammates involved.

This 87-77 win not only moves Contern up in the standings to 5th place but also gives them the edge over Larochette currently in the event of a tiebreaker. Larochette continues to get consistent production from Duane Johnson (23 points and 14 rebounds), Tyrell Sturdivant (21 and 11 rebounds), and DJ Wilson (14 points and 7 rebounds) but their efficiency offensively (37% FG, 21% 3FG, and 54% FT) did not allow for them to separate from Contern in regulation or keep up with Contern in overtime. Larochette has had a great start to the season and are a few plays away from being at the top of the standings. Playing to the level of their competition at the top, middle, and bottom of the standings makes for very interesting games no matter who is on the schedule.

Both the Basket Esch vs. Musel Pikes and the Etzella vs. Heffingen senior men’s games were postponed this week due to COVID. With the standings being as tight as they are and the hope of finishing the season in June it will be very interesting to see how the FLBB decides to make up these postponed games. With another double game week this week Heffingen and Basket Esch game that was originally scheduled for this Wednesday has already been rescheduled to the 7th of April, 2021. Is there enough room on the schedule to make up all of the games if multiple games have to be postponed due to positive cases? Any team that is affected will be at a disadvantage regarding the rescheduling of their games and the practice times for those players in quarantine or isolation but everyone involved in the restart knows that this is a part of the reality of this special season.

Racing got a much needed 83-68 home win against Steinsel with a combined 66 points from Thomas Rutherford (23 and 21 rebounds), Franklin Giles (22 points), and veteran Sam Ney (21 points) who is averaging 18.5 points in his last 2 games. Racing still finds themselves 3 games behind 6th ranked Larochette with a head to head match up in Larochette to end the « 1st half of the season » on Wednesday in Larochette.

Steinsel’s decision to resign Coach Etienne Louvrier to a 2 year extension shows an early commitment to consistency from the club in its rebuilding process. Coach Louvrier was able to get 19 points from his bench to go along with 23 points and 17 rebounds from Dennis Tunstall Jr. but non-JICL players Ron Mvouika (3-18 FG) and Amin El-Amrani (2-8 FG) shot a combined 19% from the floor which is significantly lower than their season averages.

Sparta was able to get their first win of the restart with a convincing 87-56 win over Telstar. Mathis Wolff continues his stellar play with 17 points in 26 minutes and every player on Sparta was able to play between 11-26 minutes in this game. Sparta has been competitive in each game that they have played and with the return of Pitt Koster (10 points and 4 assists) they will continue to be a difficult team to beat as they continue to play with only JICL players.

Telstar has continued to struggle since the restart but without the resources to compete with the some of the top JICL players in Luxembourg this experiment is much different than that of Sparta. Sparta’s decision to play without professionals was much more of a choice than a necessity and despite contributions from Eric Wagner (15 points and 7 rebounds) playing without professionals and without Tom Donnersbach makes being competitive significantly more difficult for Telstar.

Telstar is an example of a team that has made the decision to play without professionals during the restart in large part due to financial implications. There remains plenty of high quality non-JICL players in National 2 that are currently living in Luxembourg that do not have the opportunity to compete in games or practice 5 on 5 for the remainder of the season. There are also JICL players who could make significant contributions to teams that are in need for additional support in their rotations. In the interest of giving every team a competitive advantage and players that are not playing in the Total League the opportunity for continued growth this could be an exceptional opportunity for teams to « share » players that need an alternative to only practicing with COVID restrictions.

If the loan period that typically ends in December could be extended until April players like Scott Morton and Greg Logins (both Bascharage), Daniel Camps (BC Mess), Billy McDaniel (Mamer) who are still living in Luxembourg could have the opportunity to support teams in practice and in games to better help National 1 clubs be more competitive. Players like Vic Heuschling and Gilles Weis (Zolwer), Sacha Muepu (Kordall Steelers) and any other JICL player who could contribute significantly to a different club could be given the same opportunity to finish the season playing in games.

Every season teams face the risk of losing players on the transfer market and given that National 2 has not restarted this season that risk remains even higher following this season. For athletes that love the game playing somewhere will always be more beneficial than sitting out the remainder of the season. If the National 2 and National 3 seasons are over this year it would only be fair for players to have the opportunity to finish the season with a National 1 club that not only wants but is potentially prepared to pay for their services temporarily on loan.

Basket Esch was able to get a very important 68-62 home win against Musel Pikes to stay relevant in the playoff conversation. Tatsiana Likhtarovich (34 points) and Nadine Grieb (14 points) led the way for Basket Esch as Michaela Stejskalova was limited to only 2 points in 16 minutes. Michelle Dittgen (9 points) was the top JICL player for Basket Esch. Musel Pikes was led by Mikayla Ferenz 19 points but as a team the Pikes shot 33% from the field and had 20 turnovers.

Walferdange was able to easily beat Contern on the road 50-89. Every player on Walferdange’s roster played at least 10 minutes and they had 4 players in double figures led by Samantha Logic’s very impressive triple double (23 points, 18 rebounds, and 11 assists) and Amanda Cahill (26 points and 12 rebounds). Contern was led by Lena Wintersdorf 13 points off the bench and Leah Somerfield’s 10 points. Contern has made the decision to play with one professional for the restart and Leah Somerfield has not benefitted from the additonal responsibilities in ways that help her individual statistics or her team’s wins.

T71 easily defeated Sparta 48-87 on the road with 5 players in double figures. Michelle Orban’s 21 points was the highlight of this win but key contributions from Nadia Massong (15 points, 14 rebounds, and 5 steals), Catherine Mreches (12 points), and Delia Sak (11 points) gave professional players Pele Gianotti (12 points in 17 minutes) and Shalonda Winton (2 points in 19 minutes) an opportunity to enjoy their teammates play at a high level from the sidelines. Emily Leid led Sparta with 16 points and 7 rebounds.

Steinsel won a very important match in Etzella 56-75. Despite shooting 38% from the floor they were able to pressure Etzella into their worst scoring game of the restart. Steinsel got key contributions from Esmeralda Skrijelj (16 points and 11 rebounds) with solid performances from Francesca Wurtz (21 points) and Laina Snyder (17 points and 12 rebounds). Etzella was led by Jovana Jaksic with 15 points but they were held to 3-11 3 point shooting and 36% shooting from the floor overall. This game was especially important for Steinsel as they now own the tie breaker over Etzella if they have the same record to end the season.

Former Luxembourg professional players that are continuing to play basketball abroad are not always known to the general public as to where they are now.

Samantha Cooper who played 1 season in Grengewald (2018-2019) is currently playing for Tarbes Gespe Bigorre in France LFB (Top Division). She is currently averaging 6.4 points and 4.8 rebounds and her team is in 8th place in the standings.

T71 defeated Steinsel 81-62 in their first matchup and has been very consistent with their play all season. Steinsel has won 4 of their last 5 games and is playing their best basketball of the season. T71 has the 2nd best offense in the Total league and Steinsel has the 5th best defense in the league. Can Steinsel effectively « turn the water off » on T71’s prolific offense as they did against Etzella in their big win on Sunday?

Racing has gotten off to a slow start to the season but has shown that they are still capable of beating teams that rank higher than them in the standings. They are currently 3 games behind Larochette for 6th place and would need to win games against their direct competition for the playoffs and every team behind them in the standings to have any chance of qualifying for the Top 6 after 22 games. Larochette has lost 2 of their last 3 games in overtime and needs every point to secure their first playoff appearance since their « magical » 2013-2014 season. Will Racing’s playoff hopes still be realistic after this weekend?

The article is a « guest-article » that expresses the author`s opinion only. The FLBB is not responsible or aligned with the content but encourages the promotion of basketball. Feel free to send us « guest-articles » for our website. Enjoy the read!