Etzella and Basket Esch will play a decisive game 3 on Friday-evening (20:00). The winner will face T71 in the finals starting next Tuesday.

In game 2 between Esch and Etzella, the game was tied in the first half, no team was able to build a lead. Then, Esch went on a big run to start the 3rd quarter. Led by Kovac (11 points in the third quarter) and exceptional defense including a few blocks by Clancy Rugg, Esch jumped out to a 15-point lead (68:53). The addition of the professional player, who played in the Netherlands (Den Helder Suns) this season and rejoined Esch before the play-offs, showed its value in a crucial home game. Esch will play game 3 on the road, but certainly with full confidence after dominating game 2. Esch showed a great team effort, something the team is known for over the last years: Multiple players can score the basketball (5 players scored 11+ points in game 2) and their team defense was also on point in the crucial sequences of the game.

Meanwhile, Etzella has a lot of room to improve. In fact, the team had a season-high 25 turnovers (!) in game 2, definitely too many to win a play-off game. Team leader Philippe Gutenkauf (4 points, 2/12 shooting) will show a response in game 3 and the home crowd could become a big help for Ettelbruck, the number one seeded team of the regular season. Etzella has scored 90+ points in average during the season, they were 9 points below their average on Wednesday.

Game 3 in Ettelbruck on Friday-night should become one of the most entertaining and thrilling games of the season! On our faceboook page you can participate in a competition to win a 25-Euro-voucher by TOTAL.

T71 will definitely look at game 3 precisely. The team of coach Ken Diederich could have home-court advantage in the finals if they will face Esch. However, Etzella will play at home to start the finals against T71 if they qualify. 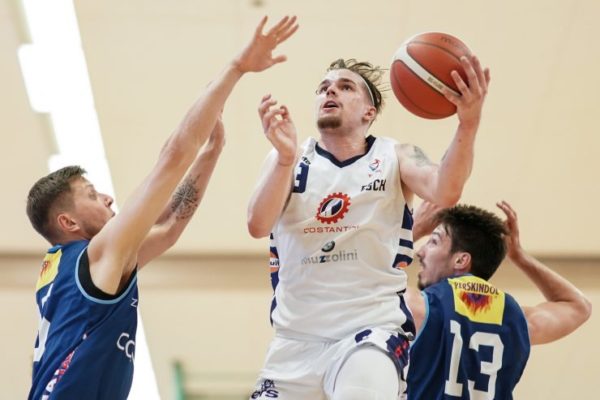