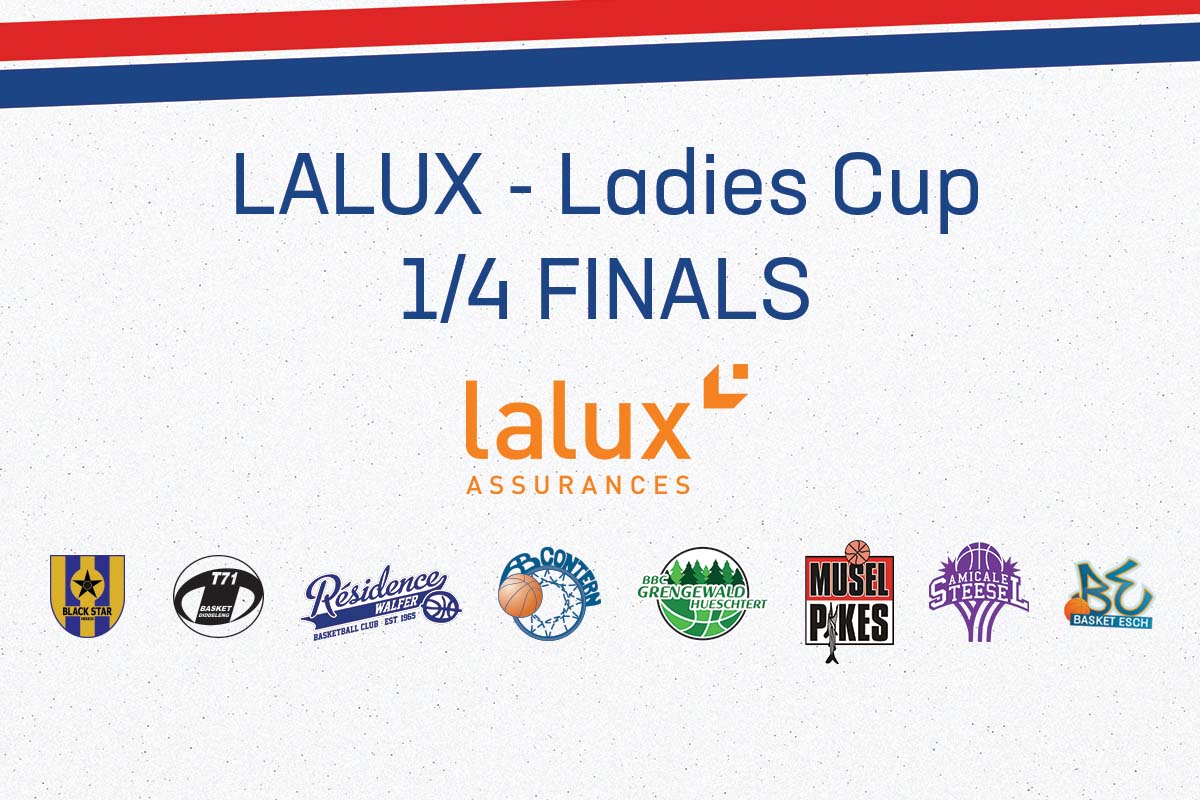 It is cup week for the women in the LALUX LADIES CUP.This Wednesday (3 games) and Thursday (1 game), the quarter finals are scheduled, all 8 remaining teams are therefore only 1 win away from playing a game in the Coque (Kirchberg).

On Wednesday, 3 very exciting games will be played. The Musel Pikes are the second best team so far this season and they have a home game against Amicale Steinsel, a team that is on the rise over the last weeks. The unbeaten leader in the championship, T71 Dudelange, faces a big challenge on the road against Gréngewald, a game that has the potential to become a very intense and thrilling game. The third game on Wednesday between Résidence and Contern also has all the potential to become a thriller as both teams are equally strong even if Résidence has home court advantage and the better record in the season, but in a cup game in the middle of the week, everything will be possible.

On Thursday, the only remaining team from the second league, Black Star Mersch, will start the game against Basket Esch with a 10-point advantage. However, the host is the clear underdog entering this game.