Does Luxembourg have a chance to beat Portugal? Rui Nunes, Alex Pires and Daniel Brandao talk about the game(s) 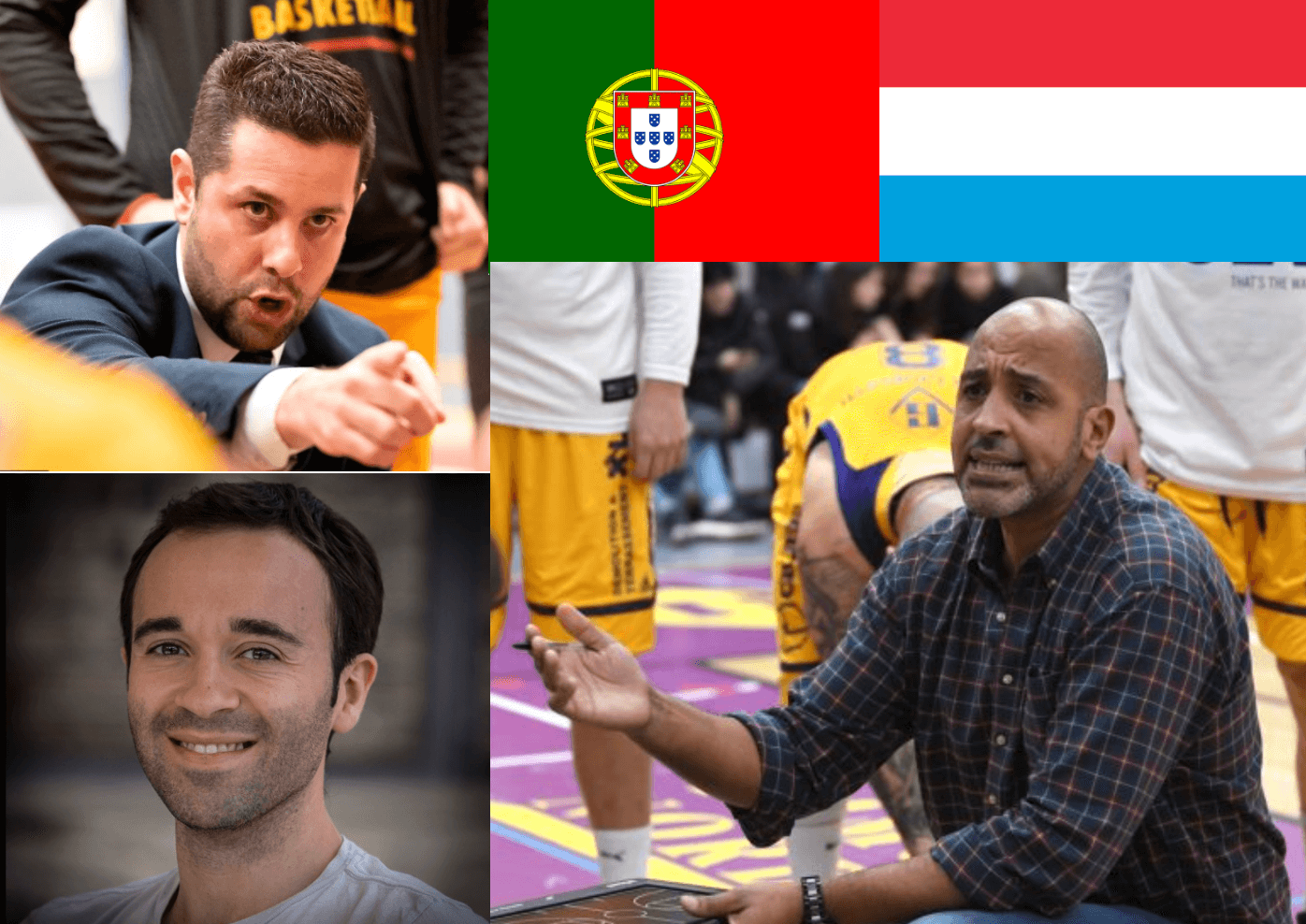 Our men’s national team will meet Portugal twice over the next days, we talked to Rui Nunes (former player of Arantia Larochette and currently basketball agent), Daniel Brandao (coach of Heffingen and former coach in Portugal) and Alex Pires (coach of Gréngewald and former national team player and coach in Portugal). All 3 of them have a relation towards both countries.

1) How closely do you follow basketball in Portugal?
Rui Nunes: As I often have players playing in Portugal as an agent, I follow the league regularly and I watch the main games of the season (Play-offs and finals).

Daniel Brandao: I follow Portuguese basketball almost on a daily basis. Despite having been working in Luxembourg for two years now, I watch a lot of Portuguese league games every week and I follow the preparation and the games of the national team qualifying phases with big interest. Besides that, I always kept my connections in Portugal, so I speak with a lot of people from Portugal related to basketball that allows me to be updated about everything.

Alex Pires: Portuguese basketball is inside my shirt, I follow it every week and scout the games since I left in 2014. I have a strong relation with some players and coaches. Mario Gomes, head-coach of the men’s team at this moment, he was my former coach at Benfica.

2) What value does the sport have in Portugal and in what direction is the sport going in the country?
Rui Nunes: Football is obviously number 1 and that will not change. However, basketball in Portugal has grown over the last years thanks to a good youth program. I think that the fact that Neemias Queto was drafted in the NBA draft this year (39nd pick) will give the sport another boost. 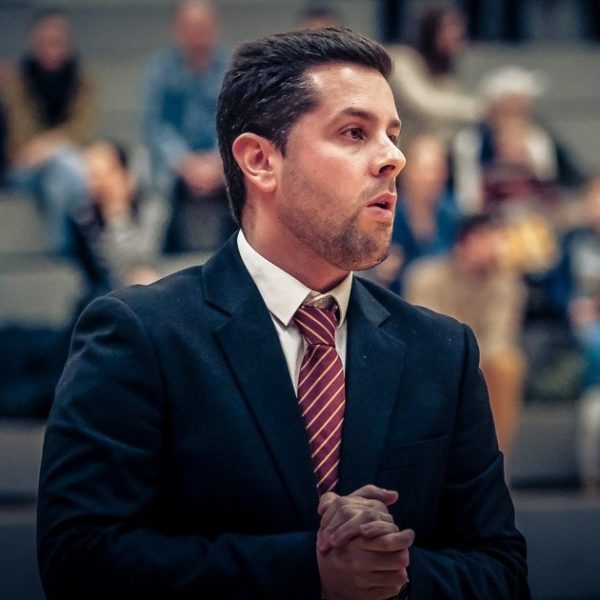 Daniel Brandao: I think the level of senior competitions in Portugal has been increasing in recent years. Next season, Portugal will have, for the first time in a long time, 3 teams playing in European competitions, which will allow the players involved to obtain a huge gain of international experience and which can also be important in the context of the national team. I think there are still many steps that have to be taken in the resurgence of professionalism in portuguese basketball, I think that can be the decisive step in improving the general level. Anyway, I think that in Portugal there are a lot of people with know-how and who want to contribute to make Portugal more and more competitive internationally, and that is a positive thing.

Alex Pires: I played professional basketball in Portugal in the 90s, we went to the European Championships and once finished at 9th place, it was a great generation and the interest in basketball was very high. A few years later, the interest dropped and I think that basketball has also lost its place as second most popular sport in Portugal, it lost its image over time. Over the last years, there has been improvement, it is getting better step by step and I hope that the federation will bring basketball back where it deserves to be.

3) Does Luxembourg have a chance to upset Portugal and grab a win? 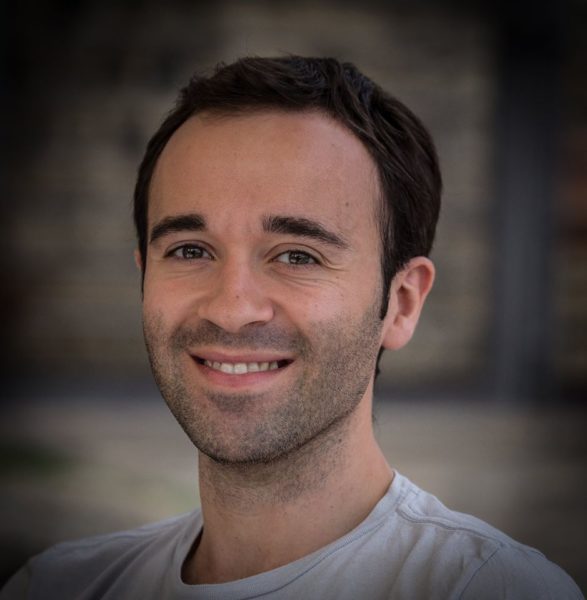 Rui Nunes: I think so, yes. Portugal is the favorite and they should win the game, but Luxembourg has shown a big heart and most importantly a team chemistry that is rare in a national team. It is not only a mix of players like in many other national teams, they really play for each other and you can see that. If Luxembourg’s game plan works out perfectly, they could have a chance to grab a win.

Daniel Brandao: I think Portugal will be the favorite in the games against Luxembourg. However, I also think that the fact that, in Portugal, it is thought that the main opponent at this phase is Sweden, may give a bigger opportunity to the Luxembourg team so that they can surprise and win a game against Portugal. More than winning, it is important to compete in every moment of the game and fight as a team on each ball possession, not leaving anything undone on the court. I think those will be very tough games for Luxembourg, but Portugal will have to play at their best in order to win. For sure, we will watch interesting games.

Alex Pires: With the team that Luxembourg has, they can get wins in this competition. The last 2 games against Portugal were already close. I would not say that the chances are 50:50 because Portugal has the advantage of playing at home and they also have the obligation to win, but Luxembourg has a chance. If Luxembourg is able to beat Portugal, that would be a great sign for basketball in this country.

4) Who are you rooting for?
Rui Nunes: I was born in Portugal but I spent basically all my life in Luxembourg, I hope that Luxembourg can win a game in this qualification. Luxembourg has shown strong performances under coach Ken Diederich over the last years and it is clear that these results will not continue to follow if the number of professional players does not increase in our country. It would also be important for our clubs to participate in international competitions in the future, this would help basketball in Luxembourg a lot.

Daniel Brandao: I root for Portugal, obviously. It is my home country and it would be great for the portuguese basketball that the national team can qualify to the next phase of the World Cup tournament. However, I have a lot of respect for luxembourgish basketball, for Coach Ken Diederich and the rest of the coaching staff and for the players of Luxembourg national team. I am sure that Luxembourg people in general will be very proud of the national team performance on these games. I wish them the best proving that Luxembourg basketball must be everyday more respected in Europe.

Alex Pires: I do not want to lie, I am clearly rooting for Portugal because it is my home country and I know a lot of players and coaches very well. I hope that Portugal and Luxembourg will qualify and I think that it is possible. 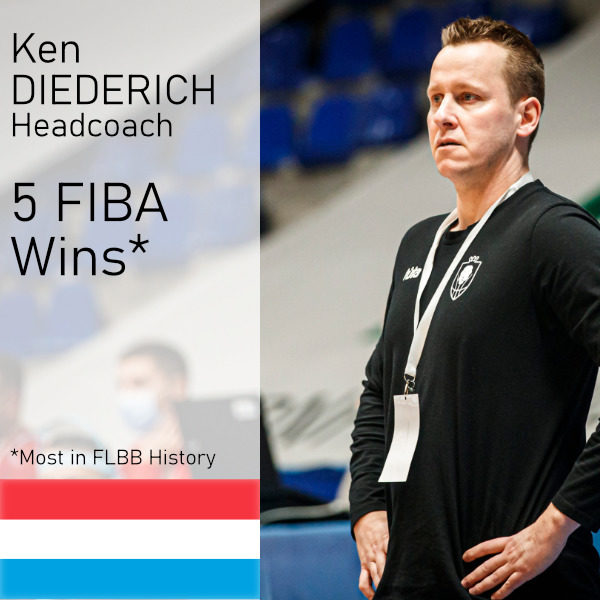 National team head-coach Ken Diederich knows that his team has to play perfect in order to grab a win –>
Ken Diederich: „We need to play our best basketball to compete for a victory” 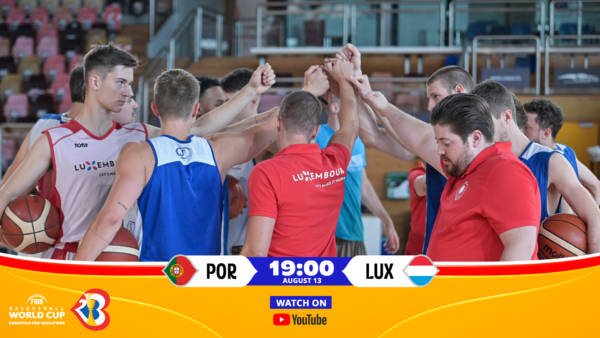