Duane Johnson: „Some of the best competition I have ever played against » 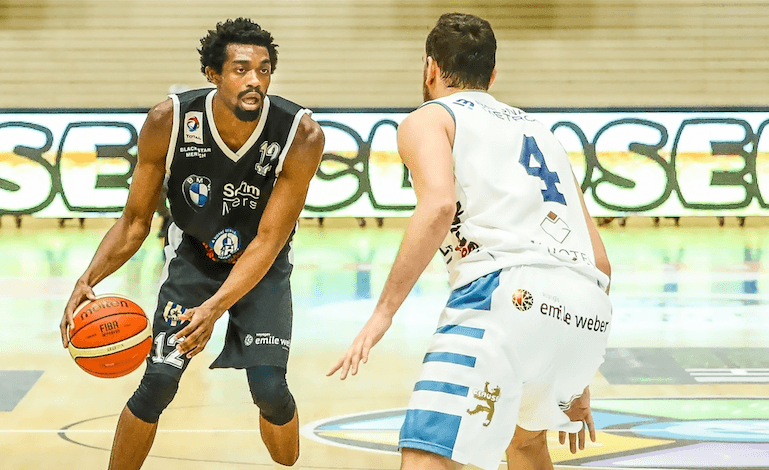 Duane Johnson and his team « sideline cancer » will have a chance at winning 1 million dollar tonight in the final game of the TBT tournament in the USA. One of Duane’s opponents will be former Sparta-player Jarvis Williams.

Before flying to Luxembourg in a few weeks to practice with his new club Arantia Larochette (Johnson played in Mersch before), the TBT tournament is a great chance for Johnson to stay in shape and compete at a high level: „The competition is great in TBT, some of the best basketball from a competitive standpoint I’ve ever played against. Former NBA guys on just about every team and mostly everyone is a professional somewhere. »

Of course, the current situation with the virus makes it difficult to organize such events, that’s why they are currently in a « bubble »: „With the virus they have us in a bubble, we are in a hotel with several practice courts inside, we must wear a mask inside the hotel as well up until practice, daily temperature checks and I have been covid tested 7 times to make sure I was good to play. We can only leave the hotel for the games which we walk to and are down the street. »

Furthermore, there is a big price money for the winner: 1 million dollar! Duane Johnson’s share would be 75’000 dollar. If his teams ends up winning the tournament, Johnson plans to pay the school fees for his little sister through college, he also wants to invest some money and save the rest.

The game will be played at 1:00 o’clock on Wednesday-morning (time in Luxembourg).