Vujakovic and1 from Kim Thesen on Vimeo.

On Saturday, our men’s national team played the 6th and last game of the pre-qualification tournament for the World Championship 2023. Against Iceland, the leader in the group, Luxembourg lost 84:86 in the end. This loss also means that Luxembourg does not have a chance to qualify for the main qualification round. Luxembourg showed a big reaction after being down 14 points at the break, the decision came in the final minutes in a real thriller. It was another very strong performance by Luxembourg.

Luxembourg had a good start into the game, some nice plays were created by Delgado and Co. so that the the score was tied after 6 minutes. Iceland became a lot stronger over the next minutes. They hit 8/19 three-pointers in the first half, including some difficult step-back shots. Our opponent simply showed ist full strength in the second quarter and took a big lead into the break (57:43). On offense, Vujakovic was the most active player for Luxembourg in the first half, he had 16 points in the first 20 minutes, Rugg was limited to 2 points by Iceland’s defense.

Down by 14 at the break, Ken Diederich put Ben Kovac into the starting 5 for the second half and that was a great move as Kovac and Melcher were able to spark Luxembourg on both ends of the floor. It was a great reaction by Luxembourg in this third quarter, they stormed back into the game with energy and hustle (64:66). Kovac hit 2 straight 3-pointers (video) and Iceland’s coach had to call another time-out. Overall, Luxembourg won this quarter 26:14!

In the final quarter, Laurent could have tied the game with 8 minutes remaining but he missed his second free-throw. Over the next minutes, Luxembourg missed some open shots from inside and outside and Iceland took advantage to take control of the game. Gudmundsson had a few unbelievable shots and showed his individual class in this crucial period. He nearly finsihed the game with a triple-double (17/10/9). However, Luxembourg responded with an 8:0 run and the game was decided in the last minutes. Laurent gave Luxembourg a lead with 20 seconds remaining, but Iceland answered with 2 free-throws. In the last offense of the game for Luxembourg, Vujakovic gave our team the lead … but Fridriksson made a decisive 3-pointer with 0.7 seconds reamining (video), a very bitter end!

On Saturday-evening, Kosovo will play against Slovakia in the last game of the group. 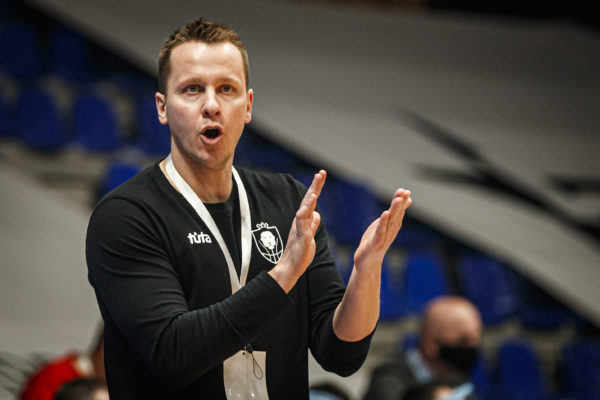 All in all, Luxembourg has played a very strong pre-qualification. A new mindset was created within the team over the last years, the FLBB-squad believes that they can beat every opponent and they show that on the court and on the bench. The two wins against Slovakia and Kosovo as well as the good performances in the other geams will be remembered and they will certainly give our national team a lot of confidence for the next years.