Interview with Christophe Ney before the cup semi-finals 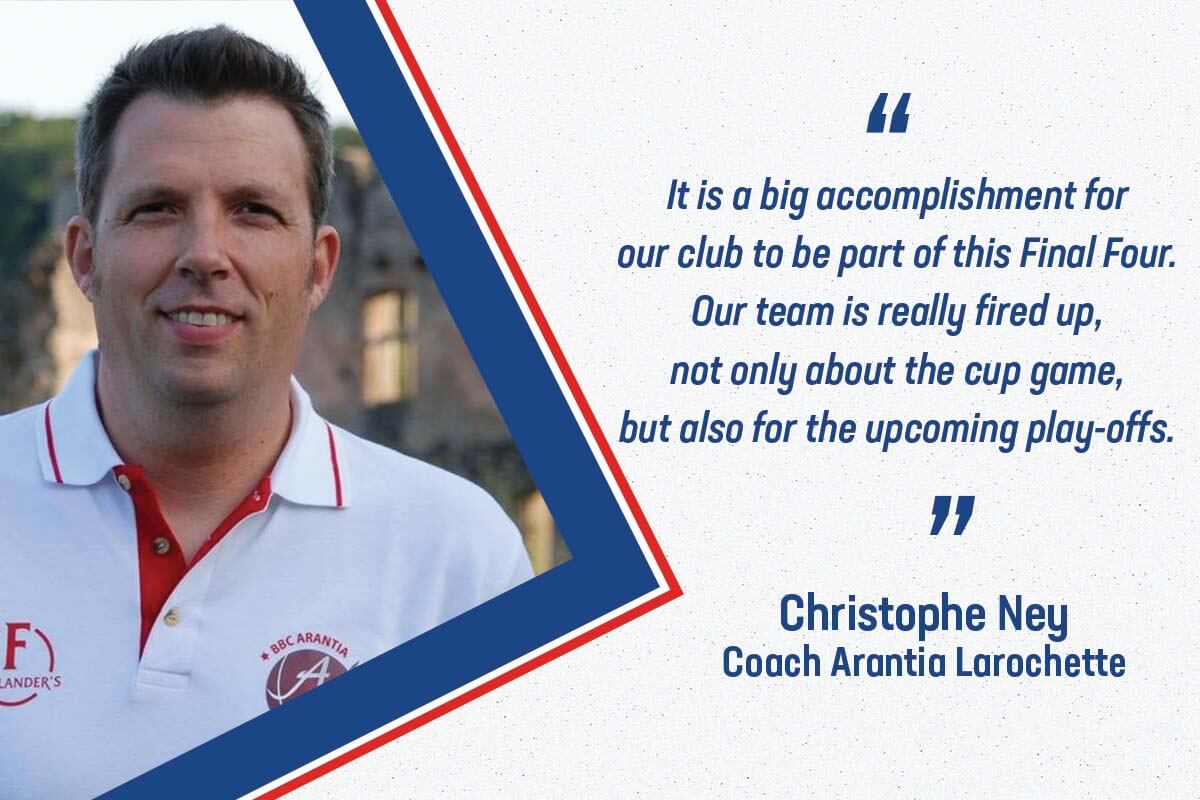 Arantia Larochette will face Etzella Ettelbruck on Tuesday-evening in the men’s semi-finals of the Loterie Nationale Coupe de Luxembourg. Arantia’s head-coach Ney finished the season with Larochette as the number 6 seed and will face Tuesday’s opponent in the play-off quarterfinals in 2 weeks.

You have not faced a team from the LBBL so far in this year’s cup competition. However, your road to the Coque was not easy at all.
Absolutely, we faced Bascharage and Mondorf and both games were very intense. For National 2 teams, these cup games are often the games of the year and with a 10-point advantage, it is clearly difficult to beat the strong teams from that league. In both games, we were down by a lot but stayed calm and were able to turn the game around by sticking to our game plan. I think that the stronger teams from the second league are on the same level than the weaker LBBL teams and that is what we experienced against these 2 teams.

Your team is in the cup semi-finals, you will enter the play-offs as the number 6 seed. What conclusion can you draw at this point of the season?
We finished last season as the number 6 team and this season we had an equally strong season so that we can say that we have played a strong season until this point. Obviously, there are always games that we could have won and some games were influenced by the Covid-19-virus, that was the same for every team. I would say that many teams are much stronger than they were in the 2020/21 season so that we can be satisfied with our place in the final ranking. Hopefully our team will enter the play-offs with a full roster and then we will see what will be possible in a league where most teams play on a similar level. A big bonus is obviously that we will now get the chance to play the cup semi-final, it is a big accomplishment for our club to be part of this final four.

You have coached in the Coque a few years ago with National 3 team East Side Pirates, how big of a joy is it to return and can you feel an excitement within the team?
Yes, I have coached a game there and I also played a game in the Coque with Nitia many years ago. For me as a coach, it is a game to prepare and try to win just like any other game. However, I can feel the excitement in the team because there is a lot of talk about the game but also about the upcoming play-offs, our team is really fired up for the next weeks. That is a positive sign as a coach because we have 10-12 guys that give everything at every practice. 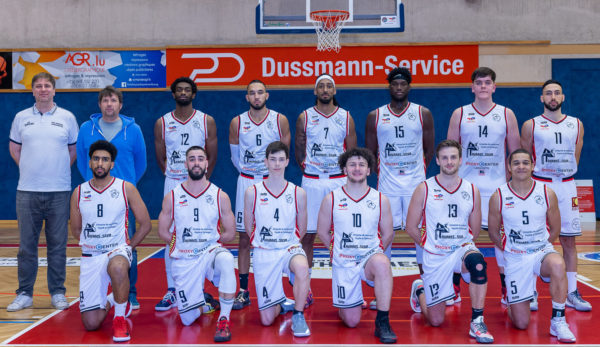 The teams are playing on a similar level in the league, do you consider your team the underdog against the defending cup champion (Etzella won the last cup in 2019)?
Yes we are the clear underdog in this game. First, Etzella has a lot of experience in these kind of games. Their goals before the season are always high and they enter the season with the ambitions to win titles, that is clearly different compared to our goals in Larochette. On the other hand, we know that everything is possible in a do or die game. In both games against Etzella this season, we lost a close game after fighting back late but overall, Etzella has been the dominant team over 80 minutes against us.

Do these 2 games play a role in the preparation for the semi-final for you as a coach?
Yes. We will look at the things that we did against them and how they reacted and then make adjustments for this game. We have a certain playing style and we look at how teams are reacting to it to make the necessary changes.

Everybody says that games in the Coque are special. What will be the keys to win this game?
One key will be that we stick to our game plan and play our style of basketball in this special environment. We will make mistakes, that is normal, but the goal is to limit these mistakes and play several strong stretches. If we are able to that, we will have to chance to win this game.

The games this week