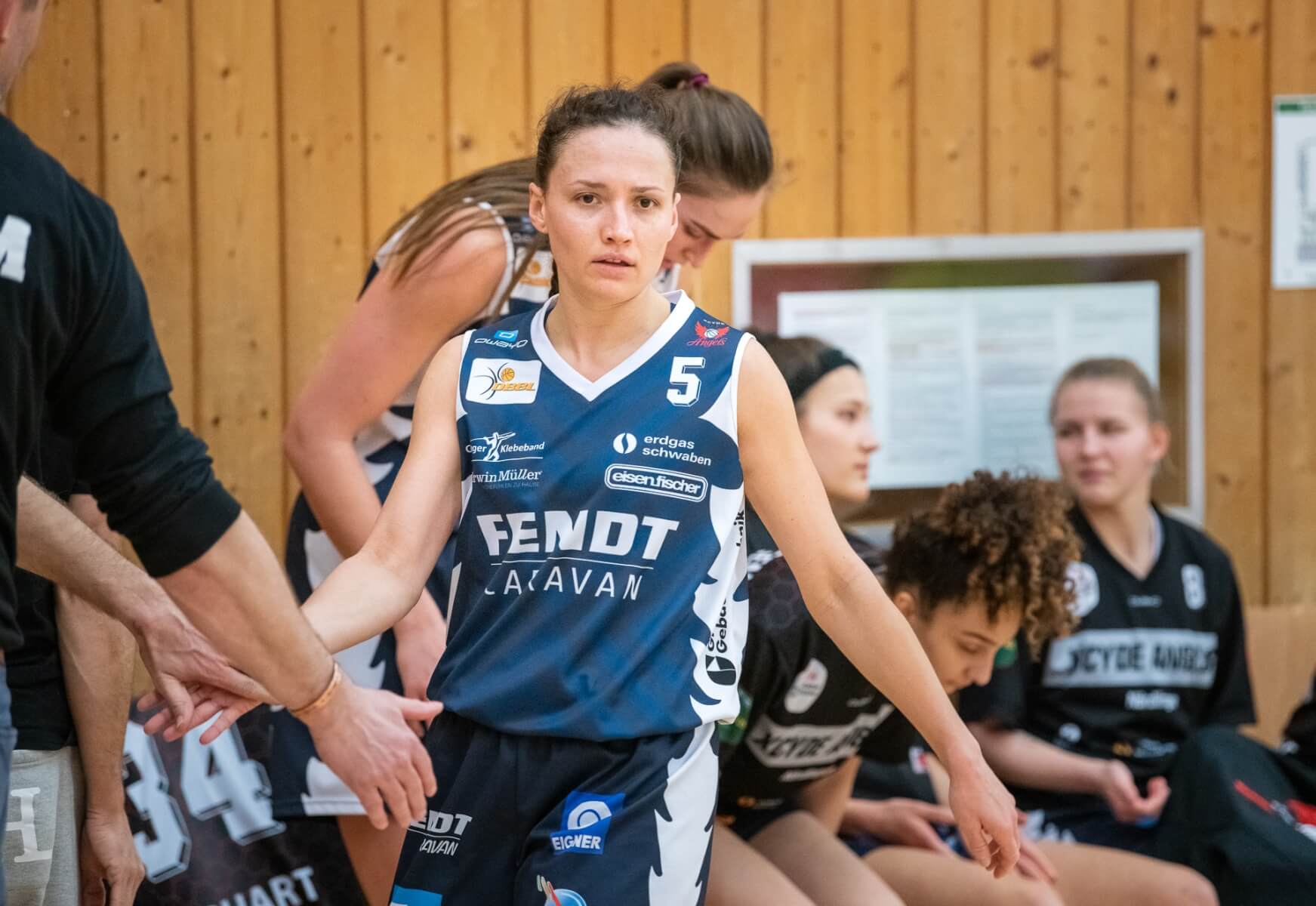 Magaly Meynadier will reinforce BBC Gréngewald Hueschtert for the rest of the season. In this interview, the professional basketball player draws conclusions about the season in Germany and talks about her new challenge.

Magaly, the season in Germany has been a rollercoaster because of the special circumstances. In how far was it a challenging season mentally?
The season has definitely been special, it was difficult to find a rhythm. We were in quarantine in December around Christmas and could not practice for 10 days. Then, we had to play season games again without having any rhythm so that it felt a little bit like the chances of making the Final 4 were taken away from us. This was mentally challenging for me because as a team, it was a difficult situation to handle. However, I also have to say that I was happy to be able to play basketball compared to many players in Luxembourg for example.

Your team XCYDE Angels Nördlingen missed the play-offs. What conclusions can you draw from a sportive standpoint?
In the end, there is no reason to be deeply disappointed because we fought very well as a team, especially over the last weeks, we really gave everything we had. Our roster was very limited, we did not have the quantity of players like other teams so that realistically, we could not expect much more this year.

You are co-captain of the team and you have taken over more responsibility over the past years. How would you describe your evolution as a player this season?
I think that I made the next step in my professional attitude and my self-confidence. I learned a lot more about regeneration to prepare for upcoming games. This also helped me overcome my injury (appendix) and fight my way back into good shape quickly. Furthermore, I was basically known as a defensive player before this season but I have shown that I can also take over more responisibility in offense.

What are your plans for the future?
Right now, my concentration is on my new challenge in Gréngewald. The club Angels Nördlingen has already offered me another contract for next season but I will take my time to think about it and see what other options I might have.

You recently joined Gréngewald Hueschtert in the Total League. Could you describe why you decided to join this club for the rest of the season?
It was a difficult decision. I never thought about playing for a different club in Luxembourg (Meynadier played for the Musel Pikes before). Hermann did a good job of explaining the situation and the club had a great professional attitude of discussing the plans with me. We talked about my role in the team and much more so in the end, I had a great feeling to join the team. The club looks at me as a professional player and that is exactly what I want. It is my job to play basketball and Gréngewald gives me that opportunity to play professional basketball for the rest of the season. Practicing with the other professional players on a daily basis will help me a lot in my progress as a player. I know that some people in my old club (Musel Pikes) will be sad or disappointed, but that’s always the case when you take a decision. Furthermore, the Pikes are the number one team in the standings, so that I have the feeling that I can be a more important piece in a club that is trying to improve over the next weeks like Gréngewald. For me, it was simply the best possible destination to join Gréngewald and I am looking forward to the challenge.

Meynadier arrived in Luxembourg on Monday and is expected to make her season debut with the greens this weekend.