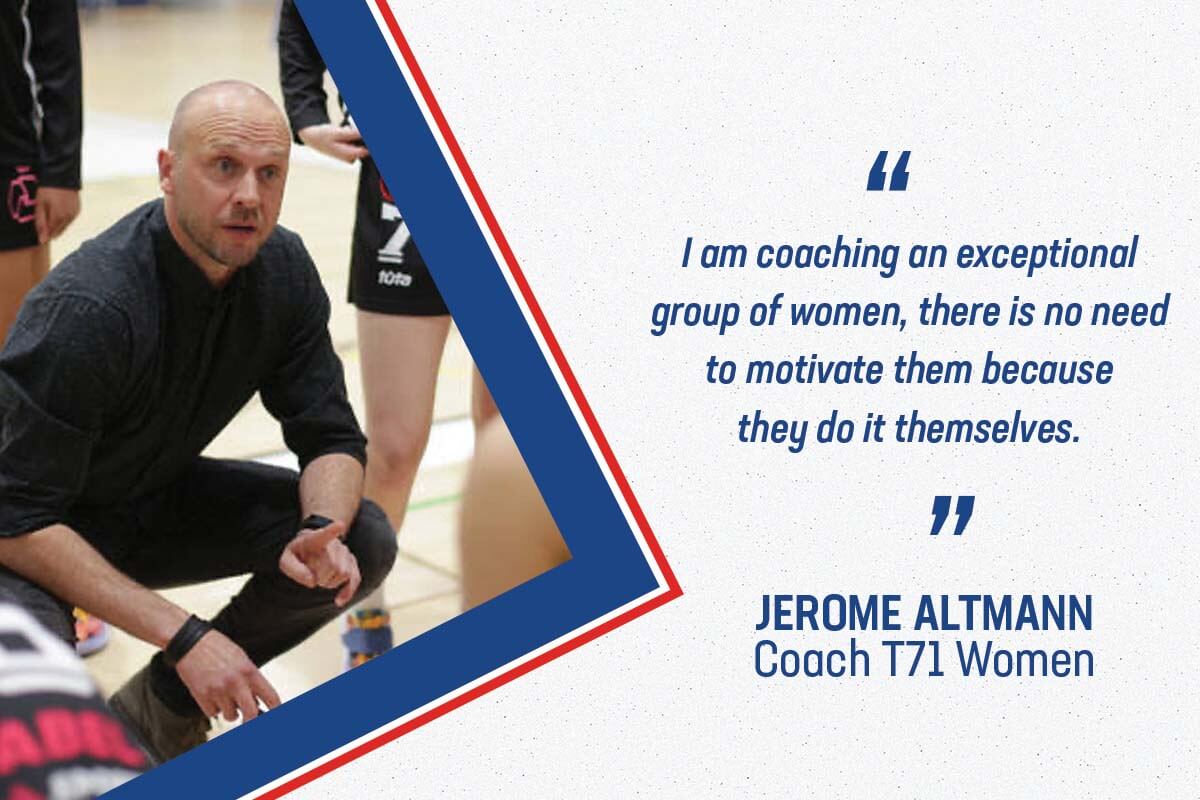 The women team of T71 Dudelange has finished the regular season unbeaten (18:0). Head coach Jérôme Altmann has high praise for his team.

What conclusion can you draw after a perfect regular season?
Obviously we are satisfied with the result, especially with the consistency of our team. Like many other teams, we had to deal with missing players and we were able to compensate these absences at any moment which is a great sign and a prove of the quality in our roster.

Does this 18:0 record have a big meaning for your team going forward?
Yes and No. I think that our record has been a consistent subject in the media but not that much in our team as we tried to just look at the season game by game. Obviously, it is an impressive run as we have won 20 straight games (cup competition included) this season, I have never been part of such a run as a coach. It also underlines the character of our team.

Your team is playing with an extraordinary joy on the court. How do you motivate the team?
I am coaching an exceptional group of women, there is no need to motivate them because they do it themselves. We have certain rules that everybody needs to follow but I give my players a lot of freedom to be creative and they are handling their freedom very well.

Which teams will be your hardest opponents to defend the title?
The standings of the league are clearly not a good indicator to determine the strongest opponents, it is more important to look at the matchups. There are several teams that can become a very difficult opponent if we are not playing well. Against Basket Esch, for example, we struggled this season (Note: T71 won those 2 games against Esch by 11 and 15 points, their average scoring difference has been more than 26 points). The Musel Pikes are playing well, Gréngewald has underperformed so far, I expect them be stronger going forward and you never know if they will add another player, this is also possible for other clubs so that teams might look different at the end of the season. Our focus will be on being at our best when the most important games are being played. We know that we are hard to beat if we are playing well.

Would it be a disappointment if T71 would not win both titles?
Of course, it is always disappointing to miss a title if you have a good chance of winning. However, we do not want to put too much pressure on our team, other teams will also try to win a title and they will also be disappointed if they lose. At the moment, teams have nothing to loose when they face T71 which can also be an advantage for other teams against us. We know that we will have to be at our best to win the titles. Our main objective is to give our best because then we can live with the result in the end.

You are constantly encouraging your team by clapping and talking to your players during the game, what is the reason behind this behavior?
I love my job and this is a way of expressing myself during the game. The way we are playing gives me a lot of positive energy and I try to encourage the women at every moment. All in all, we try to bring us forward with constructive criticism and positive feedback which helps our players perform at a high level. Everybody can make a mistake, we try not to let this influence our next play, this is the approach of Julie (Kremer, assistant coach) and myself and we have had success with this method. 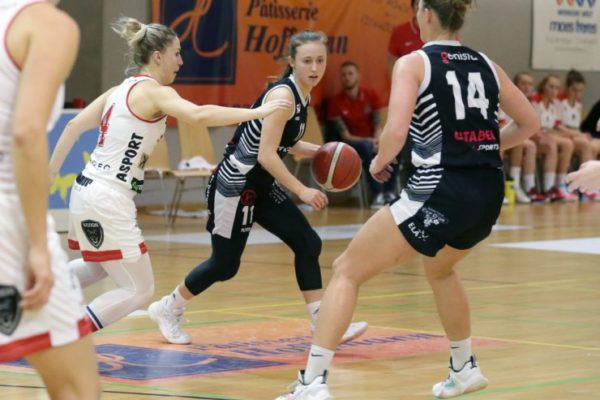