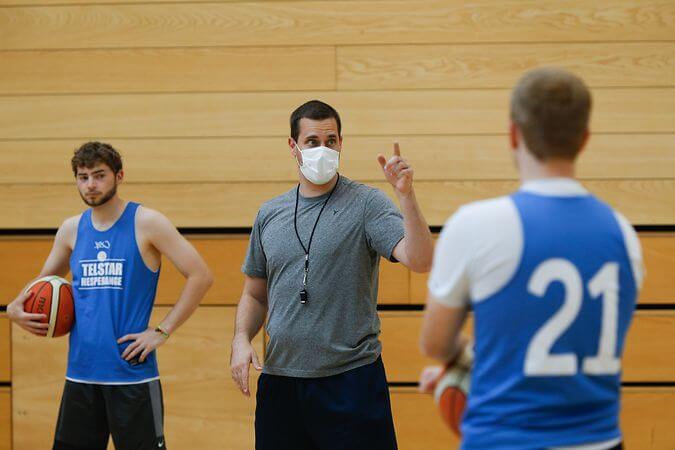 Gabor Boros and his team Telstar Hesperange will face a huge challenge next season. The team of the 37-year-old coach will play in the Total League. When Boros arrived at the club in 2013, he played in the Nationale 3 with Telstar. A few years later, the team will get a chance to play on the highest stage in Luxembourg.

Can you describe the evolution of the men’s first team from your arrival (when the team played in the Nationale 3) to the promotion to the Total League? What were possible key moments in the rising of the team?
I believe it was early-November in 2013 when I joined the team and at that point there were no specific goals set besides playing hard and always doing our best. I became the player coach that season in December and as the team moved up in the rankings by February it seemed like a promotion could even be possible. Our management told us that if we manage to move up, they will do their best to give us the financial support that would enable us to be competitive.
After moving up to 2nd division, we used the following two years to focus on stabilizing our place within the division. Although we finished low in the standings during those first two years in N2, we managed to secure our position, which is not an easy feat for new teams entering a higher division.
It was after our second season in N2 that I stopped playing completely and the Telstar coaching position sort of fell in my lap. It simply came at the right time. In the next 4 years we found a few good professional players, our local guys made good improvements, and we also had some great additions to our squad. We finished 5th, 3rd, 3rd, and we were in 1st place when the previous season ended prematurely due to Covid-19.
I couldn’t tell the exact moments that resulted in our recent promotion, but it would be remiss of me not to give credit to the patience of the club and the players. Growing and improving takes time, and teams have to trust the process. We were allowed to work together with this core group of guys for a few years now, and their hard work, dedication, and chemistry on the court brought about the promotion.

How did you manage the transition from being a player/team mate to becoming the head-coach?
In my opinion, the transition from a player and teammate to the head coach was very smooth. I already coached some of the players in my first year in N3, while some younger players worked with me during their scolairs or cadet years. The additional players we have added to the team over the past few years have all been very mature, positive, strong character men. I have never had disciplinary issues and their work ethic is always great. I think my past experience as a teammate made my job easier even rather than cause difficulties.

What does it mean to the club Hesperange to play in the highest league next season?
I know that our players take great pride in earning the right to play at the highest level in Luxembourg. We have been working towards this for a few years now, and there is always a big sense of satisfaction in reaching one’s goals. The club as a whole is also excited, given that we have not had a Total league team on the men’s side. I think we are all just excited and really looking forward to this opportunity and experience.

What are the goals for the upcoming season for Telstar?
We would like to play good basketball and try to be as competitive as possible. We have played Total league teams before in the N2 playoffs and the cup with some good results, but it is very hard to predict how consistent we can be throughout an entire season. Compared to N2 the total league players are physically bigger and stronger, more skilled individually, and the game is much faster; for us to have a chance to win games this upcoming season, we will have to play some of our best basketball. Our goal for next season will be to try and keep the league and for the club and players to benefit from this experience as much as possible.