Julie Mangen after her 21-point-performance: „Surprising win against Esch gives us something to build on » 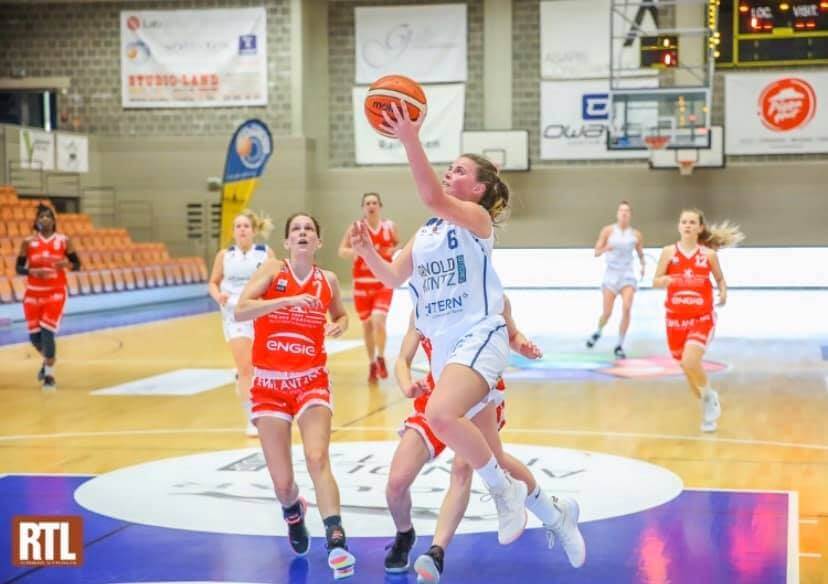 After a long break, the women returned to the floor this weekend: „Obviously it was a great feeling for my teammates and myself to play a competitive game after such a long break. It was a joy to play basketball again“ says Mangen who also had 5 assists next to the 21 points. „The victory was definitely a surprise. We worked hard and fought for this win, especially since it was the first win of the season for us. It was an important win for the moral of our team and it gives us something to build on over the next weeks. »

Asked about our performance (21 points, 5 assists, 7/10 free-throws, 8 fouls on her), Julie responds by giving all the credit to her team. „It was an amazing team win, everybody played well on our side. Of course, I am happy with the way I played, but it is more important that we saw as a team what we are capable of. Our chemistry on the court was great, our young players also had a great night. Everybody gave his best, without that motivation it would not have been possible to win the game. »

Contern plays with only 1 professional player (Sommerfield) which makes the victory even more impressive. „Playing with only one professional player, we have to set different goals for the rest of the season. We will try to become better individually and as a team and give our younger players a chance to gain experience and confidence. We will continue to give our best and work hard, we will not be satisfied with anything less. We already realized a first surprise and we want to win more games over the next weeks. This win gives us the opportunity and confidence to look positively into the future. »

Contern is in the 8th place in the standings (1 win, 4 losses) but their focus is not on the standings but on the way the team plays. This first victory against Esch was clearly to surprise of the restart weekend.