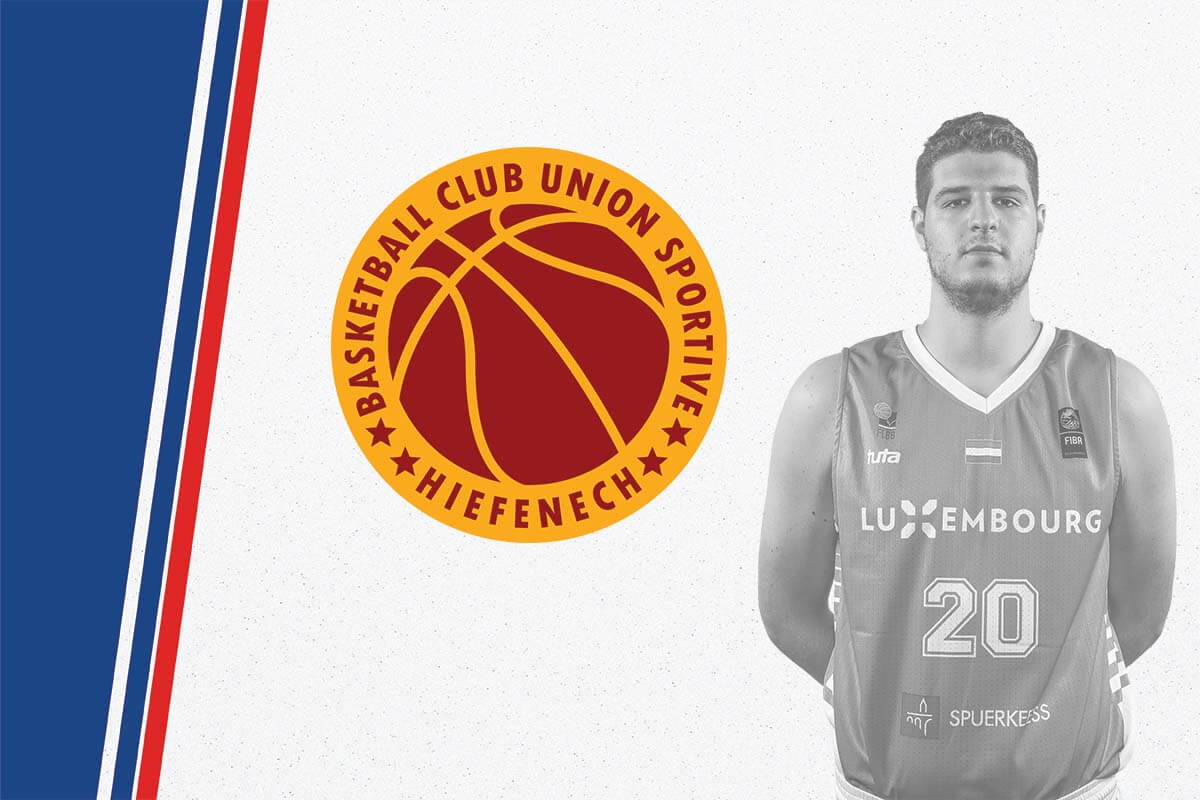 US Heffingen is unbeaten this season after 3 game-days, the only other team tied on top of the standings is league favorite Basket Esch. The team of coach Daniel Brandao has clearly been the positive surprise of the season so far (together with Telstar Hesper). A big addition in this year’s off-season has been 2.13 m tall Lou Demuth who has had a strong start in the LBBL.

With 17 points per game and 10.3 rebounds, Demuth is clearly among the best JICL players in the league so far this season. „My role in the team is to dominate the boards at both ends of the court and make the shots of our opponent as hard as possible around the basket. So far I was able to fulfill this role well I would say. I knew before the start of the season that I can be a good player in the LBBL but I think that many people underestimated my abilities. So far, my choice to join Heffingen has been confirmed and I know that many people questionned my move when it became public. I believed in this team and in the philosophy of coach Daniel, if I did not have confidence in this club/team I would not have joined them. I feel very well here in Heffingen and I am happy that I made this choice. Furthermore, I thought that it would be a great challenge to join a smaller club and have success as an underdog. »

Heffingen is 3:0 this season, something that is very positive but the situation in the standings is not as important says Demuth: „We have started the season very well. There is room for improvement in some areas but that is absolutely normal this early in a season. We have shown strong performances, especially in Dudelange where we trailed most part of the game but then were able to turn the game around and win in overtime. This showed that we are able to compete for 40 or 45 minutes, a very good sign. The fact that we are unbeaten and on top of the standings is not as important at this moment.“ 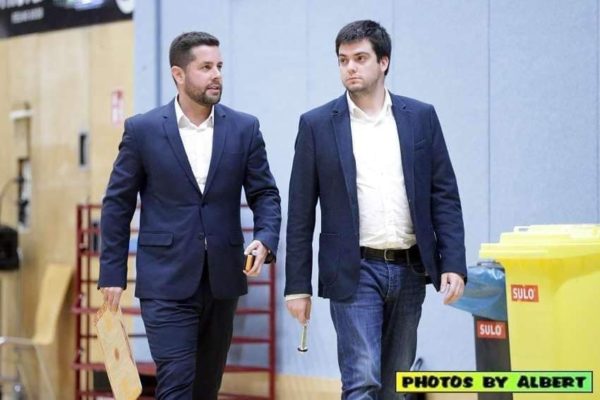 Interview with Heffingen’s assistant-coach Miguel Ramos (right in the picture next to head-coach Daniel Brandao):

How can you describe the impact that Lou Demuth has had so far this season?
Lou is a player who started training with us last February. He is an excellent person who was easily integrated into our group and who also adapted very well to our game. He came for a position where we had some issues, and he has been doing an outstanding job in his debut season in the LBBL.

How do you evaluate the start of the season with Heffingen?
The start of the championship reflects the importance of the work we had during the summer in choosing the players as well as building the team during the good pre-season we had. Within our group, we were always calm and confident that we were on the right path and that we were going to be ready for the first game of the season which was our goal. We knew that we were evolving week after week and when the game against Musel Pikes arrived, we would be ready.
These 3 victories, two of them away from home, demonstrate that the work we do during the week, as well as our daily preparation/scouting of our opponents, have paid off. We don’t look down on anyone and we face every game with maximum responsibility, this is another factor that helped us have a strong start.
Now, our focus is already on Telstar’s game, which is a strong, well-oriented team that also started the championship well.

How would you describe the atmosphere and confidence in the team after this start?
The atmosphere within the group has been excellent since day 1. In addition to having an excellent working staff and great players, we also have an excellent group of people where, above all, we are a family that fully trust each member next to us.
Having won the 3 games played so far, it’s clear that it helps the team’s confidence and self-esteem, it’s always good to win. But, as this season is still far from over, we are also confident that when the adverse moments arrive, we will all be heading to a common goal and overcome those difficulties.

What can we expect from Heffingen this season?
You can expect a team that will fight for every game. We are a team that will never give up until the final horn blows and the proof of that was the Friday game in Dudelange where, for more than once, we were losing by almost 10 points and we never gave up. This is the main quality of our group!!
The other teams will always have to count on us until the end and if they want to beat us, they will have to work hard because we will go to every game to fight until the end for the win.