On Sunday, Luxembourg hosted Albania in the 2025 World Cup pre-qualifiers. In front of 1617 people in the Coque Gymanse, Luxembourg played a very strong game and was able to beat the guests 86:75.

In a first half with multiple lead changes, Luxembourg trailed after the first quarter (21:26) but played a terrific second quarter (27:15) to take a 48:41 lead into the break. Clancy Rugg scored 17 points in the first 20 minutes while Bob Melcher dished out 7 assists, one of the most spectacular ones was his pass to Clancy Rugg (video).

Our national team started the second half with great defensive effort and the guests had problems to set up their plays. After 2 big dunks by Alex Laurent (videos), Luxembourg created a double digit lead in the middle of the third quarter. Luxembourg was able to bring the crowd into the game with some spectacular plays and had a 69:55 lead after 30 minutes.

In an intense 4th quarter, Luxembourg did not allow Albania to get back into the game and won this game in front of an electric crowd. Clancy Rugg had a monster game (33 points, 13 rebounds) while Laurent, Gutenkauf and Kovac added double digit scoring, Melcher had 8 points and 9 assists while 9 players scored for Luxembourg in this game. With this clear victory, Luxembourg also wins the direct comparison after losing the first game in Albania by 3 points. 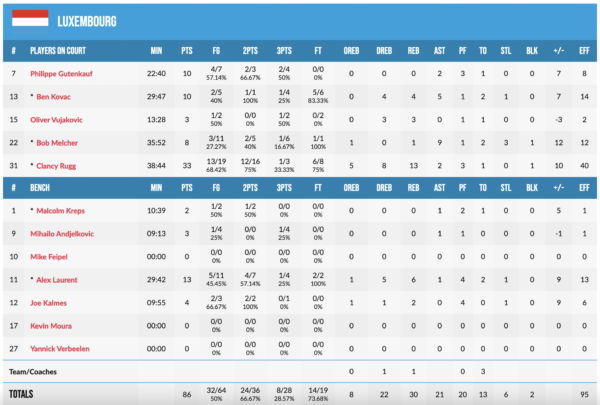 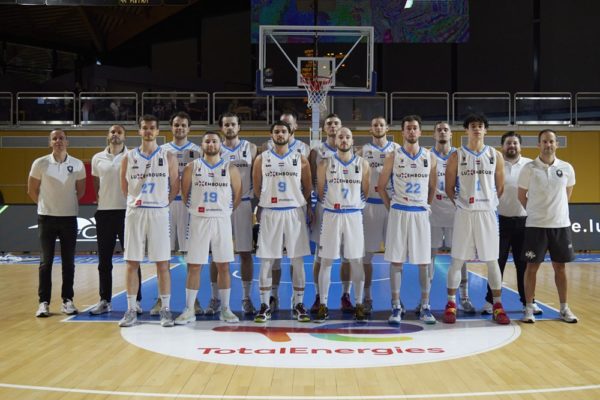