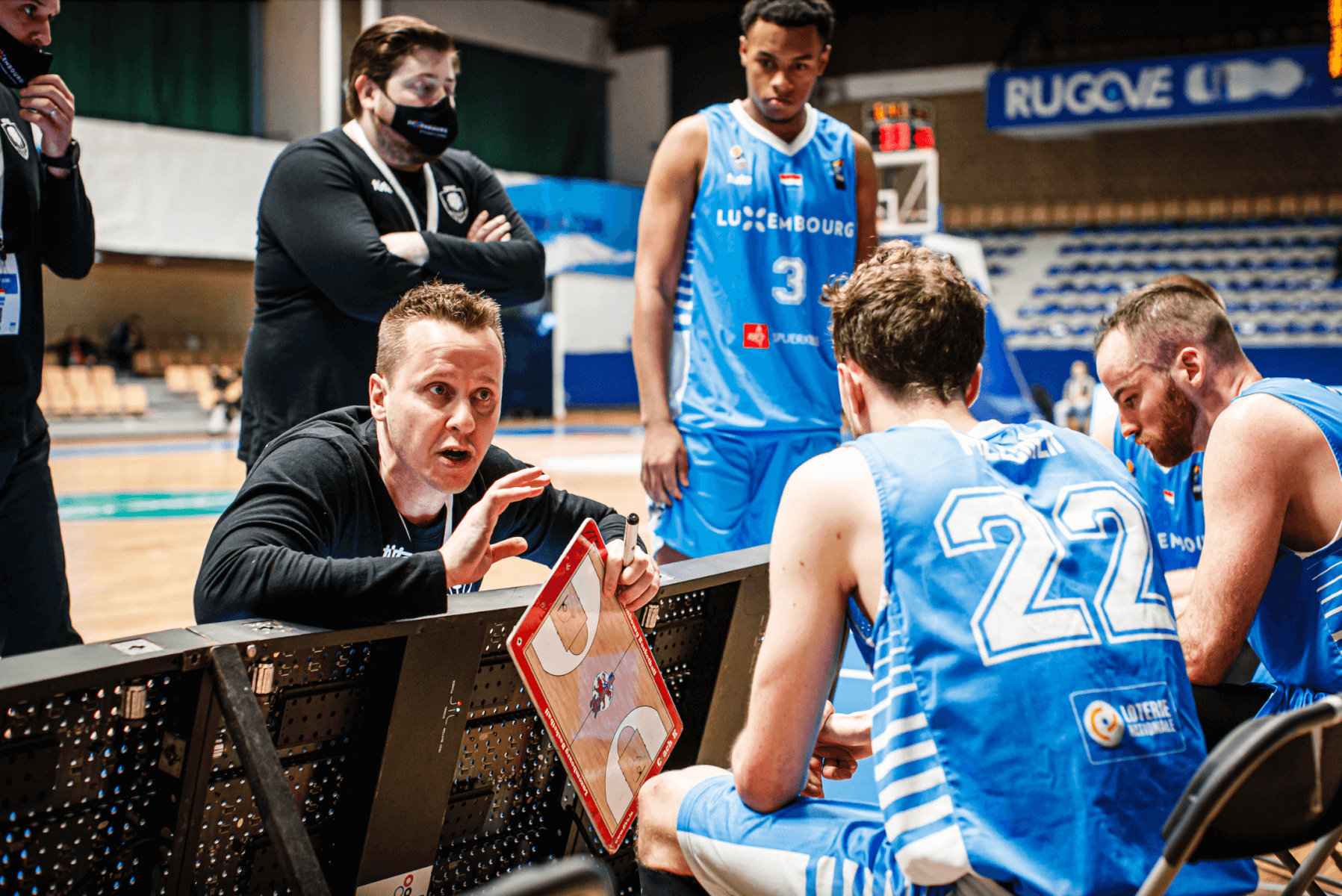 Our men’s national team will play the second round of the qualification tournament for the World Cup 2023 in a few days.

After Austria decided not to participate in the second round, it was Luxembourg’s chance to get a second chance: „It was clearly a surprise when we heard about the qualification, we did not expect it. As the best 3rd placed team in the competition, we deserved to take this place“, says national team head coach Ken Diederich.

The news arrived after the season, some players had already booked their holidays: „I expected it to become more difficult but the reaction of our guys was amazing. Some of the players immediately cancelled their holidays, everybody wanted to take part and take this opportunity. For our team, it was a big reward to be able to play these games, we did not want to let this chance pass. »

The games on an international stage are also a chance to make a name for yourself: „As a player and also as a coach, these games are a great chance to show that we are able to compete on this level. We want to confirm the good results we have had over the last years. We are realistic enough to know that it does not always work out as you want to. We were lucky in our last games that our game plan worked to perfection in some games so that we were competitive. We know that we will have to be at our best once again to play at our opponent’s level. For every player, this is a big chance to show clubs from abroad that they can sign a player from Luxembourg, that is also a big reason why we are looking forward to playing these games. »

The roster for team Luxembourg:

All games will be played in a bubble in Portugal, all games are scheduled for 19:00!