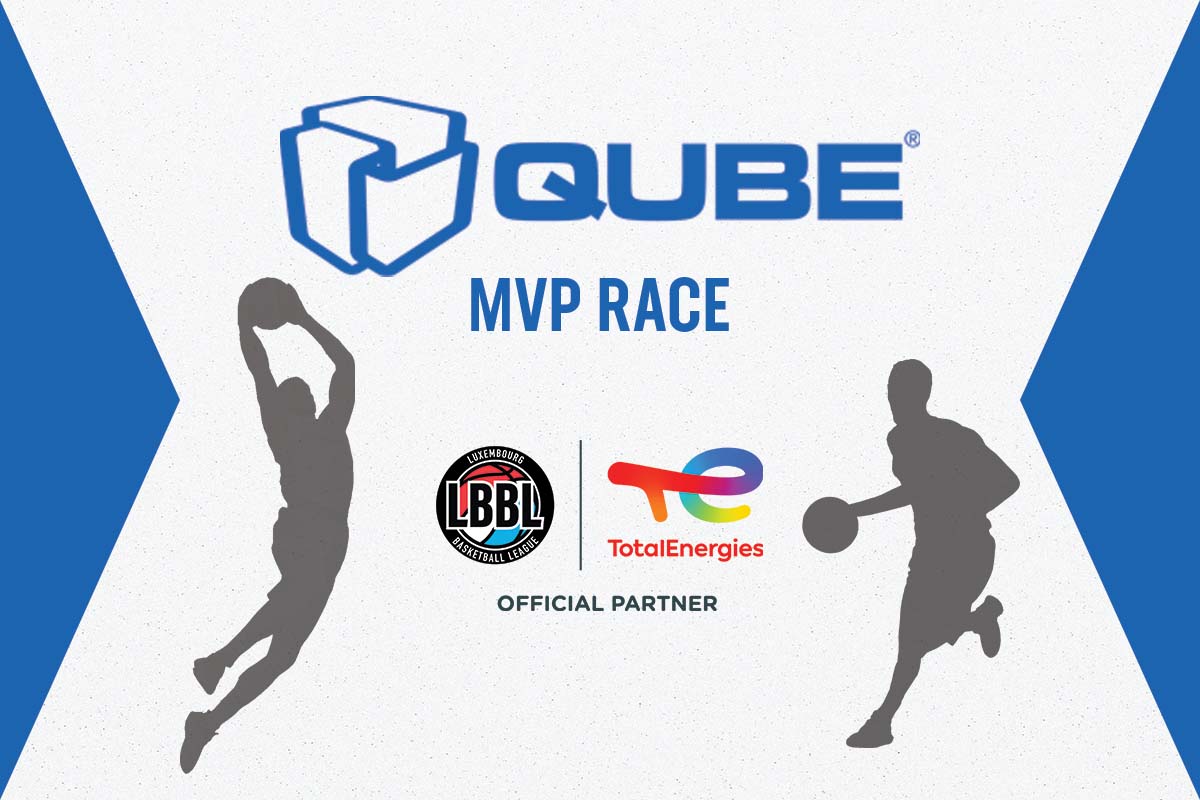 The 3rd edition of the men’s JICL MVP race is presented by our partner QUBE. Next to the statistics of the players, other criteria such as the record of the team also take an influence on the ranking.

1. Yann Wolff (Etzella)
The center of Etzella is the only JICL player who averages a double double, he had several monster games to start the year 2022 and takes the top spot in the race. Wolff is the leading JICL rebounder of the league. 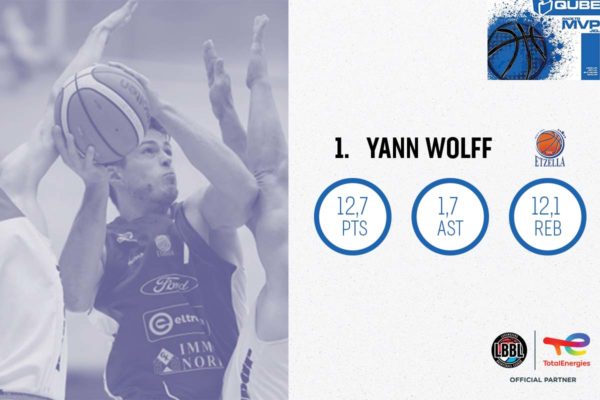 2. Bob Melcher (Amicale)
Amicale Steinsel is climbing the standings also thanks to the strong performances by Melcher, who is the leading JICL scorer of the league and second best passer. 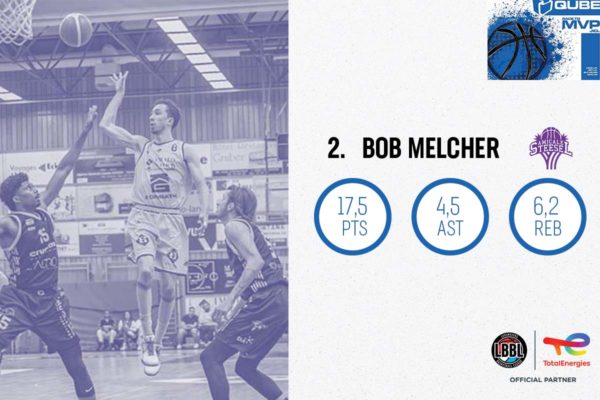 3. Xavier Robert Francois (Résidence)
Résidence is leading the league and Francois is nearly averaging a double double and also showing his passing skills on a regular basis. 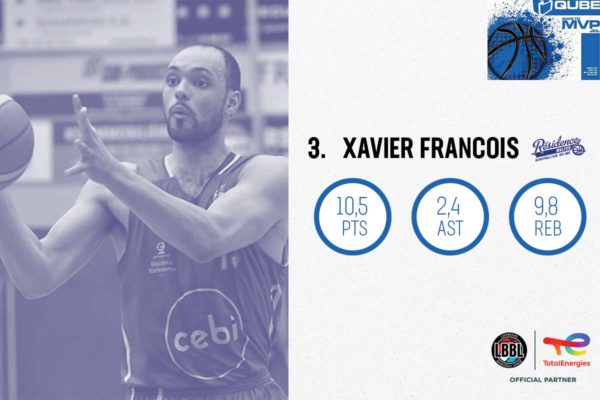 4. Mike Feipel (Sparta)
Feipel is an elite scorer and passer, his team has a strong record (11:4), but Sparta has not played a lot of games lately which is also a reason why Feipel lost his number 1 position in this race. The young player is the second best JICL scorer of the league. 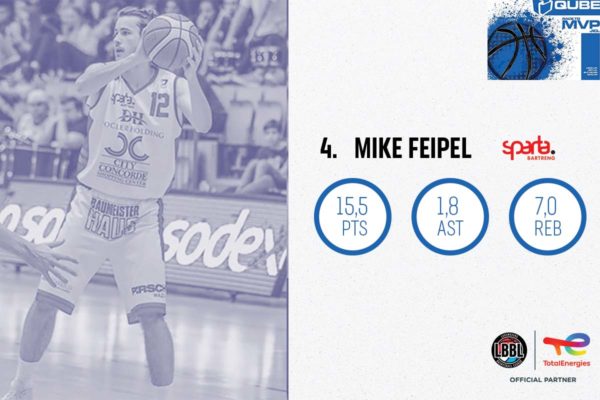 5. Lou Demuth (Heffingen)
Lou Demuth re-enters the race (he was in the top 5 in the first episode) with strong performances and multiple double doubles to start the year 2022.Demuth is a big factor for a strong team in Heffingen. 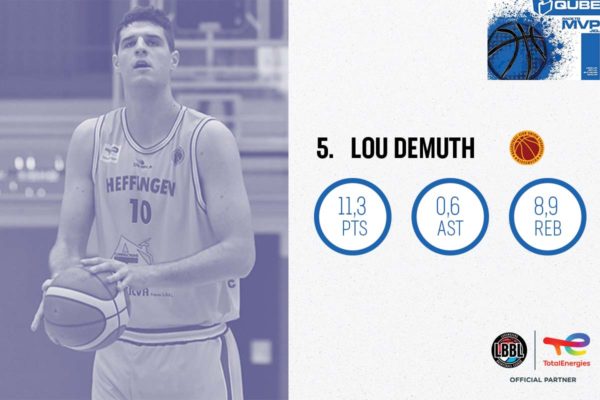