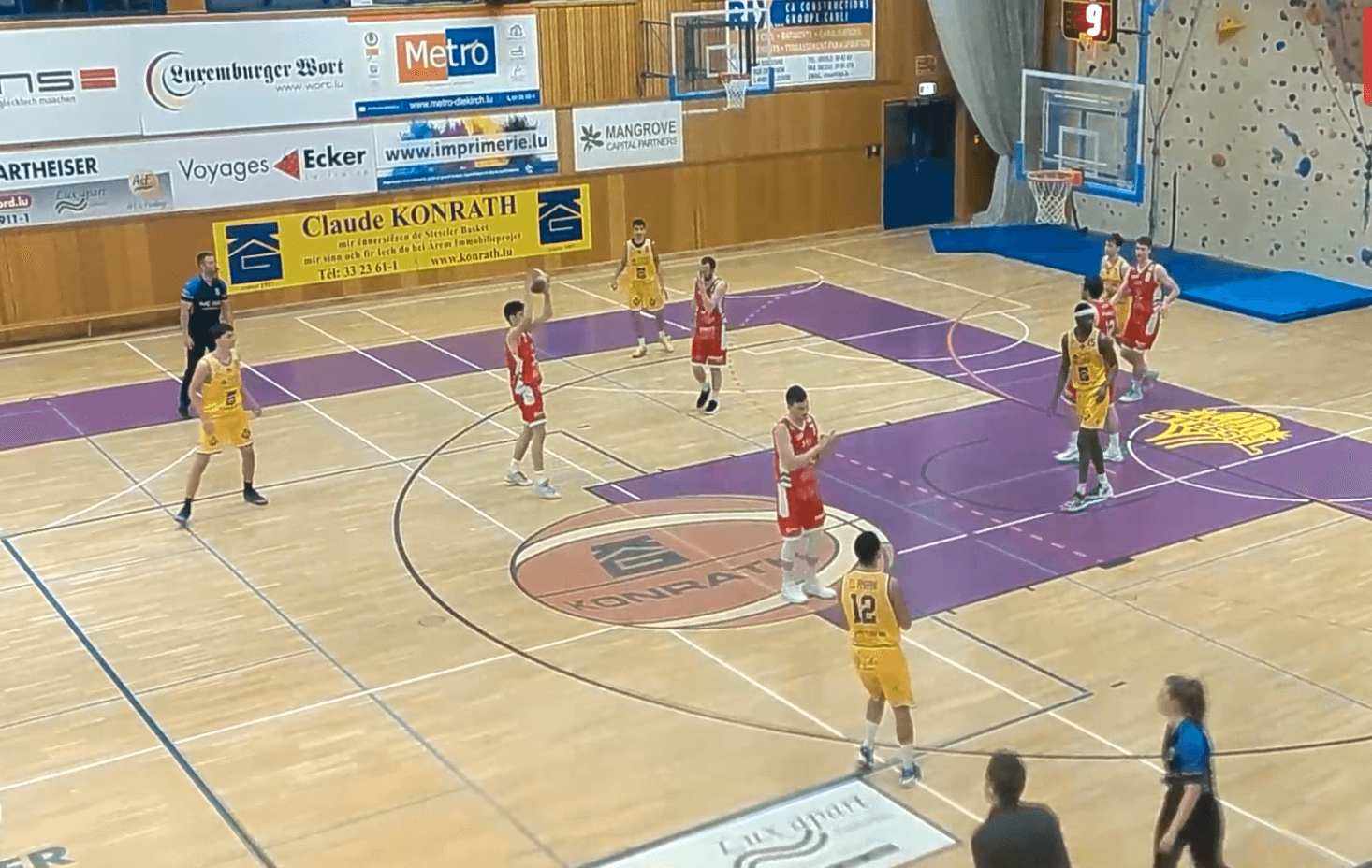 On Wednesday-evening, 4 games were played in the men’s Total League on game-day 19.

Heffingen – Résidence 75:80 after OT
– Rideau (trip to the USA) was once again replaced by assistant coach Marcus Neal who had a game-high 24 points and scored a key 3-pointer to force overtime (video below)
– Malcolm Kreps left the game after 4 minutes with with appeared to be an ankle sprain
– Denell Stephens had a chance to win the game in regulation, his tip-in just missed so that the game went into overtime, he collected 26 rebounds in this game, Max Schmit had 21 points for Heffingen

Musel Pikes – Racing 61:78
– Bitter loss for the Pikes, the play-offs are far away for the team after this loss
– Jordan Giles had a game-high 28 points

Basket Esch – Contern 102:98
– Key win for Esch, they stay on the 4th place in the standings
– Jackson-Cartwright returned with 40 points, Rugg added 31
– Shahid (29) and Wolzfeld (26) were the main scorers for Contern
– Fonseca hit a key basket to put his team up 4 points (video below)

On Thursday, Telstar will face Etzella to complete the game-day.