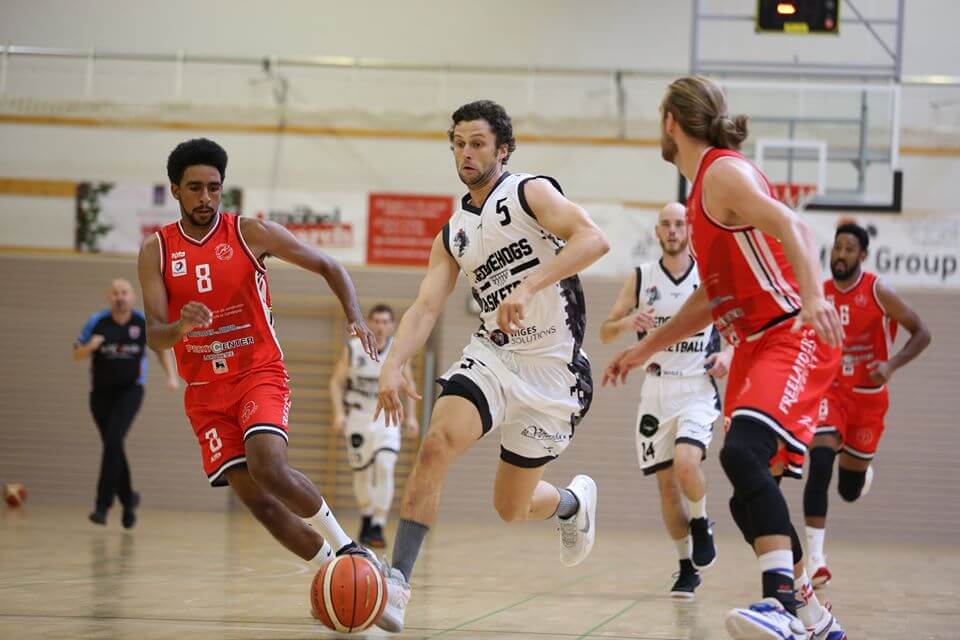 Except for the Total League, no basketball club is currently allowed to play in Luxembourg. However, there are also professional players in other leagues, mainly the men’s Nationale 2.

Scott Morton is well known in Luxembourg, he has been playing in the Grand Duchy for many years. At the moment, his situation as a professional player is strange: „The situation is not ideal, as obviously there are still no games and there are still a lot of regulations that have to be followed at practice.“ However, Scott is staying ready for the restart of the competitions, even though nobody knows when this date will be. „I do workouts almost every morning and then Bascharage still has four practices a week.“

The 33-year old player’s plans for the future have not changed in this special situation. „The situation does not impact my future basketball plans, as I plan on staying in Luxembourg, since I have a family here and also received my citizenship this year. I can imagine this situation can be extremely difficult for younger professionals trying to start their career.“ For younger players, this time was lost for their career, some of them could not really improve as a player because there was no competition. „They are simply not getting the experience they would need to get to a bigger league », says Morton who adds that if the players decided to „stay, now it is most likely to move to a different club in Europe and they have to look for the Asian market. »