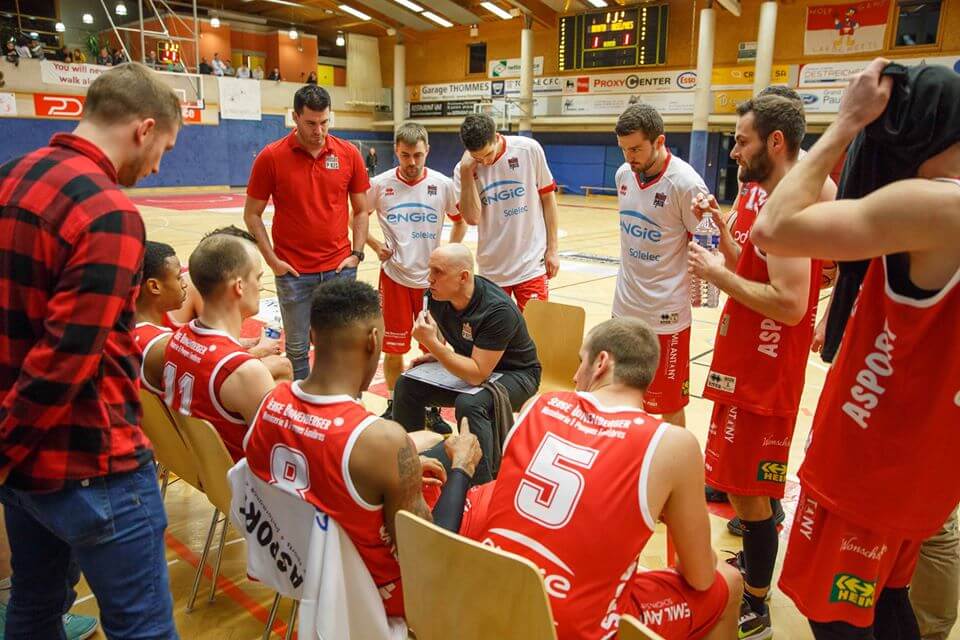 In a very intense semi-final-game, the Musel Pikes were able to beat Basket Esch 81:76 and advanced to the final in the cup competition.

Esch had a strong start into the game, but the Pikes reacted, took over the lead in the 3rd quarter and secured the victory in the final minutes.

Over large parts of the game, the foreign players did most of the scoring. While Rugg started the game strong, Holland had a monster 3rd quarter to help the Musel Pikes take a lead. In the decisive quarter, Schwartz and Buntic hit 2 quick 3’s to give the Pikes their first major lead of the game (62:54 with 8 minutes remaining). In the final minutes, Esch was not able to make shots to bounce back.

Basket Esch – Musel Pikes 76:81
– Esch led by as many as 12 points in the second quarter, the Pikes reduced the deficit with a run before the break.
– Rugg had 18 points and 11 rebounds at the break, he finished the game with 32/19
– Holland went on a scoring run in the 3rd quarter to give the Pikes a lead.
– The trio Holland / Garrett / Buntic scored 69 points combined, Holland had a game-high 34.
– Garrett had 22 points and 20 rebounds.

The second semi-final will be played on Sunday between Résidence and Etzella. Résidence will start with a 10-point-advantage.