On Saturday-evening, 2 games were played in the women’s Total League. The top game between Résidence and the Musel Pikes ended in a nail-biter with the better end for the Pikes, the team stays unbeaten and is 6:0 on the season. In the second game of the evening, Contern earned its second straight win with a clear victory against Sparta.

Résidence – Musel Pikes 69:72
– Musel Pikes is 6:0 on the season, Résidence drops to 4:3.
– Ferenz led her team with 27 points, Cathy Schmit added 18.
– Cahill and Logic scored 26 apiece for Résidence while Fapranzi added 16. Emma Colbach had 2 points for Résidence, only 4 players scored for the hosts.
–> Mikayla Ferenz hit a clutch 3-pointer with less than 40 seconds remaining (video)

AB Contern – Sparta 76:44
– Contern led by 40+ points at some points of the game, the guests clearly won the final quarter to reduce the gap.
– It was Contern’s second win this season (2:4) while Sparta stays winless (0:6)
– Lou Mathieu had a game-high 18 points
– Sparta had 27 turnovers and missed 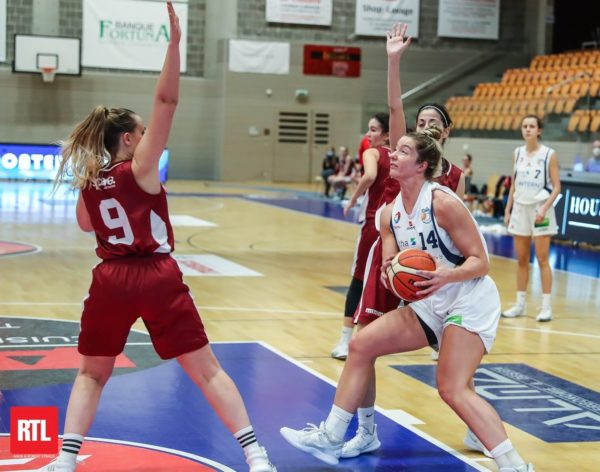