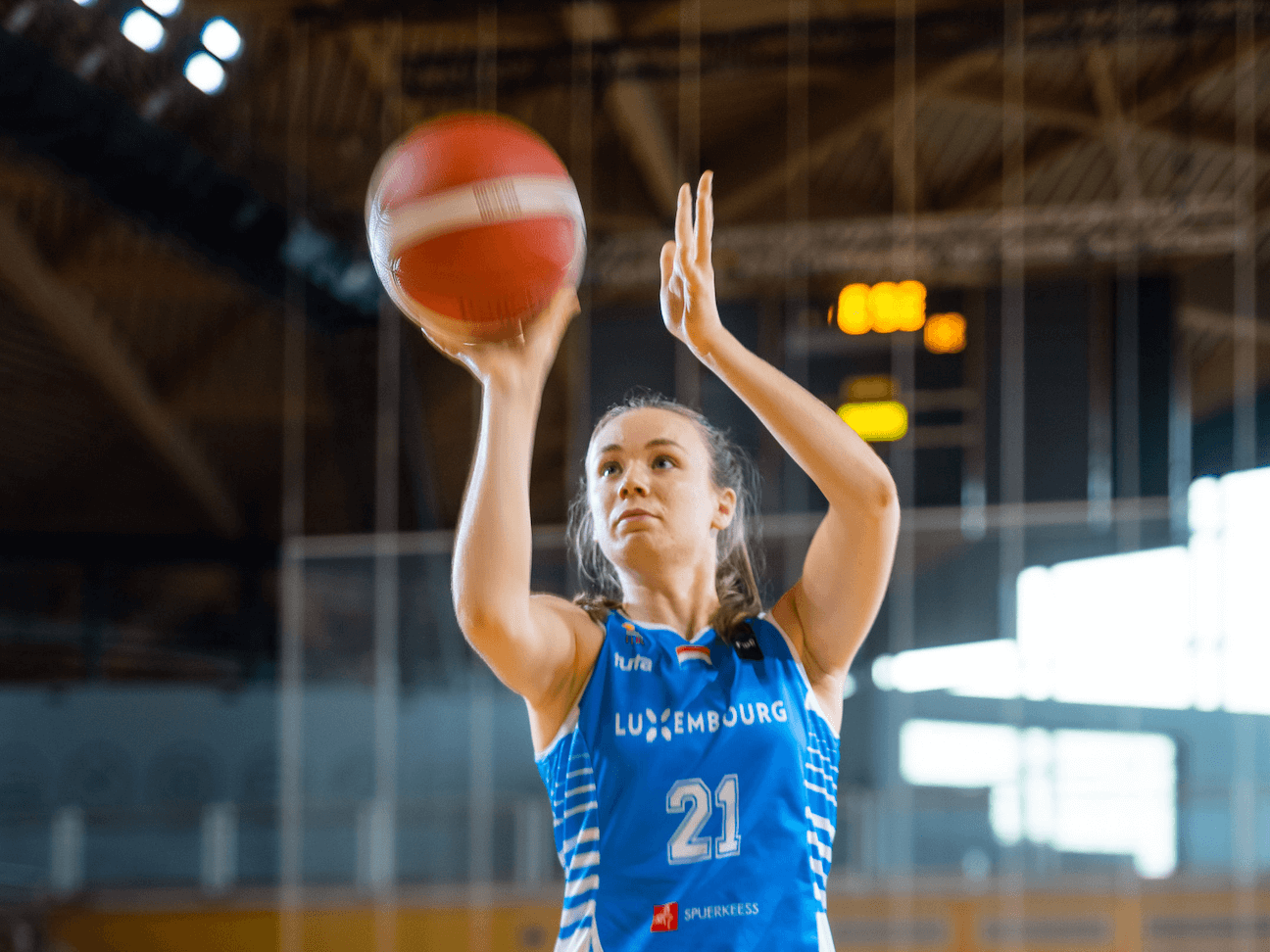 Estelle Muller will play in the second German league (DBBL 2) in the upcoming season. Our national team player will combine basketball and studies in Munich and play for « TS Jahn Munich », a team that lastly finished the second league on the third place in the standings.

„I wanted to go to Munich already in 2020, but it did not work out but this year I was able to enroll to a university in this city to study « sports science ». For me, it was clear that I wanted to continue to play basketball and Mariusz (Dziurdzia, national team head coach) contacted the club and after a meeting with coach Megan Woods I immediately had a good feeling so this worked out quickly. After 2 weeks with the team, I can say that this is a perfect situation for me regarding the level of play and the teammates that I have » says Muller.

The 20 year old national team player says that basketball has been a big part of her life so far and it „should stay that way. Last season, I won the national title with T71 Dudelange and the Gold medal with the national team last season which gave me so much motivation to continue to work hard. I hope that our team will be able to compete with the best teams in the league and personally I will try to become a better player. I expect to be a key player in this league since I have been playing a good role in Luxembourg in a league that I consider to be very strong for such a small country. I hope that I will take over a lot of responsibility on the court. I might have to change my game a little bit as I expect to play more on the power forward position here in Germany after playing as a guard in Luxembourg. This will help me develop my physical game which can definitely become an advantage for me when I play with the national team or in other leagues in the future. Right now, I want to get used to the country, the level of play and the new situation first. »

The first game of the regular season will be played on the 25th of September against Ludwigsburg.