Four players of the 3×3 Women’s NT extended roster participated in the Open Plus 5000 in Le Havre last weekend. Luxembourg was able to participate in this high-level invitational tournament though a Wildcard granted by FFBB.

Luxembourg, represented by Charlie Bidinger, Amra Hasanovic, Nadia Mossong and Bridget Yoerger, was able to win their first game (12-4) against Team Ukraine, but ended up losing the second game (16-7) against the very physical team V.A.C. Utrecht. In a pool of three teams, this signified a qualification for the quarterfinals.

Against a team which included two players from last year’s Spanish National Team (FIBA3x3 Europe Cup Winners in 2021), Luxembourg was obviously the clear underdog in this game. Surprisingly the team managed to stay in the game but lost in the end 8-7.

Overall, this tournament was a great learning experience for our team. This weekend, Luxembourg will send two teams (one male & one female) to 3x3NL in Amsterdam. 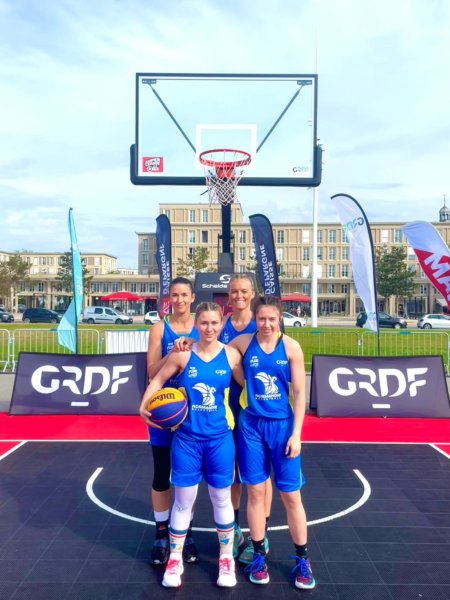