Recap of the 5 regions tournament 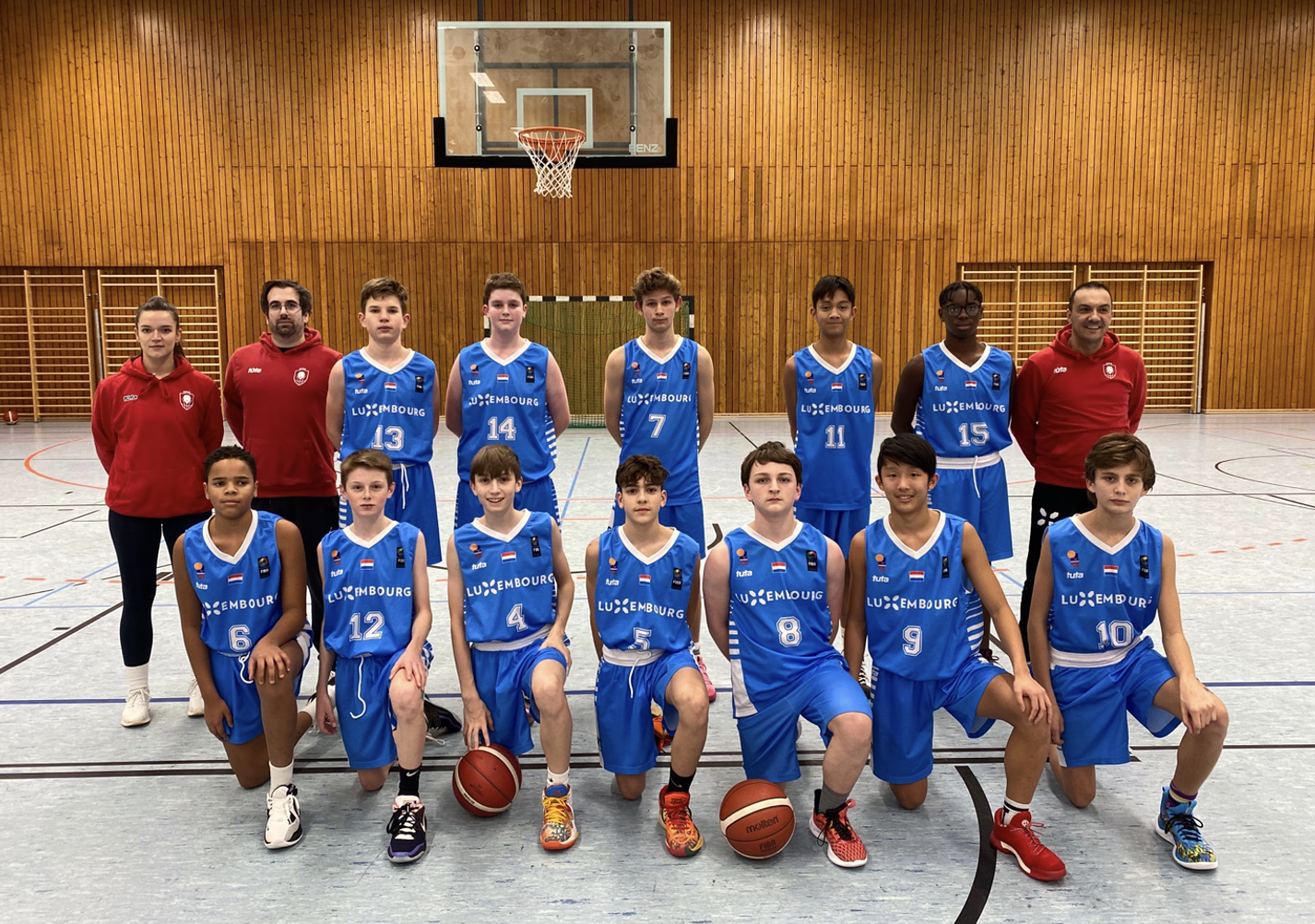 After the BaWü exchange in November in Mersch, the 5 regions tournament in Steinbach (Germany) was the second opportunity for the U14 boys and girls to gain important international experience this season. The FLBB squads faced two French and two German selections from December 27th until December 29th.

Coaching staff: „Already in the first game against Baden-Württemberg the players had to realize that they are not used to playing at such a level. Thanks to a determined performance in the last quarter, Rumen Galabov’s boys still managed to win the first game against BaWü.
On the second day, the team had no chance in their two games against the two French teams from the Grand-Est. Especially the physical and fast transition game of the French teams caused a lot of problems to our boys. Our U14 team had a lot of turnovers that led to many easy baskets for the opposing teams.
On the last day our team had to play against the winners of the tournament, the team from Berlin. The boys showed a great attitude, and the coaches could see some improvements in Luxembourg’s game. Even though the team only won one game, the young players certainly gained experience during these 3 days.“ 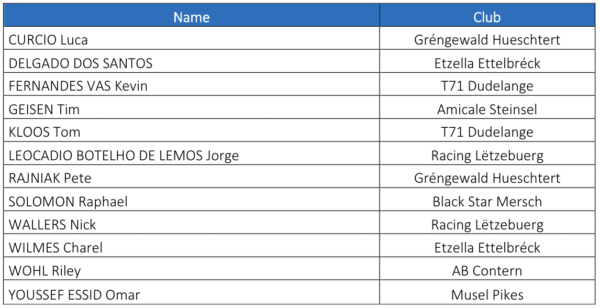 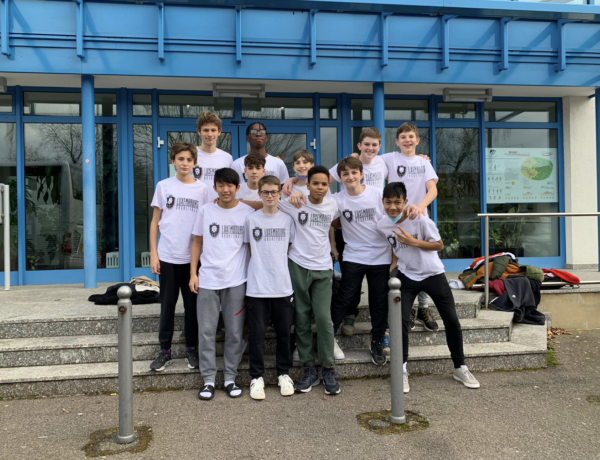 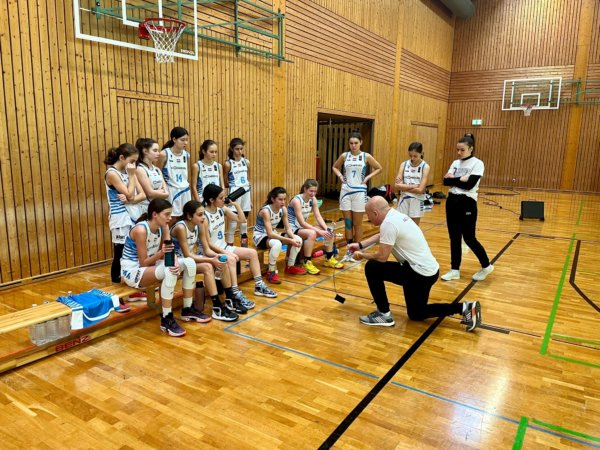 Coaching staff: „The selection of U14 girls won one of the 4 games at the tournament of the 5 regions, namely the one against a selection from Champagne-Ardenne-Lorraine. In the end the girls finished the tournament at the fourth place (just one point behind third place).
The girls showed a good attitude in each of the games and they fought until the last minute. But unfortunately, we noticed that we are not ready for this level yet.
As always, we noticed that we had difficulties against more physical and fast opponents. It was very difficult to play against the physicality of other teams.
In the exchange with the other coaches, we learned that the teams from France and that of Berlin practice together three to four times per week and it pays off in terms of athletic, technical and tactical capacities.
As with each of these international tournaments, it will have provided a first good international experience for the girls.
In general, the level of the tournament was high and the tournament was very well organized.“ 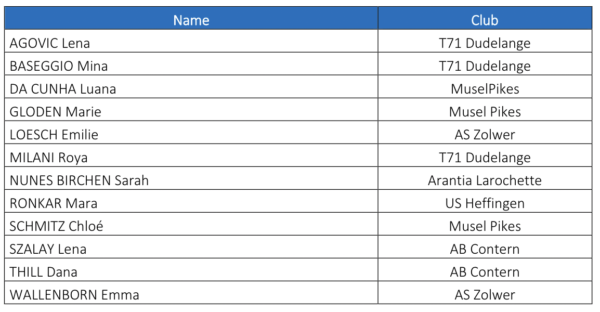 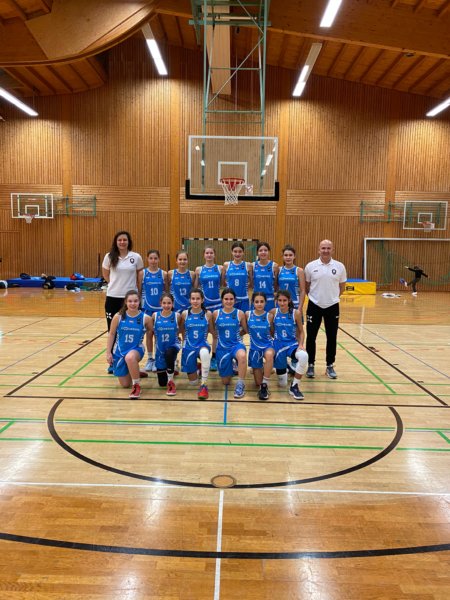 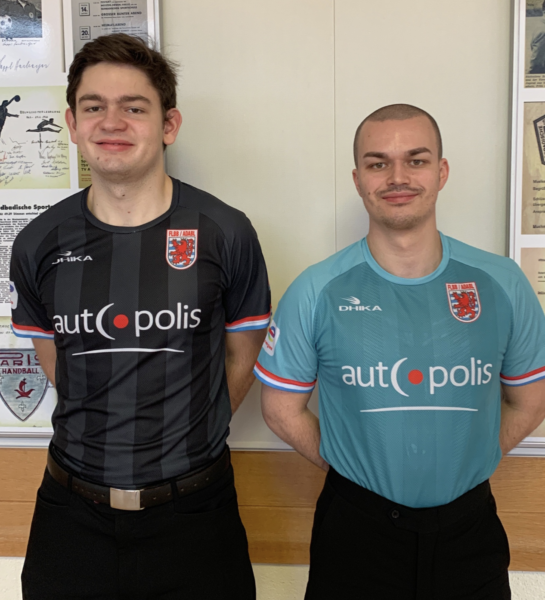 As a conclusion, this year’s tournament was at a high level. To get used to this level, these games are really important and need to take place on a regular basis. Our players, who are among the best in our country, have seen that some of their peers in other countries are physically and tactically a few steps ahead of us. To overcome this gap, we will have to work hard over the next few months.

Many thanks go to the Steinbach Sports School and the Baden Württemberg Federation for the excellent organization of this tournament. We would also like to say a special thank you to Reiner Braun, who is taking a well-deserved retirement after his 26th tournament. 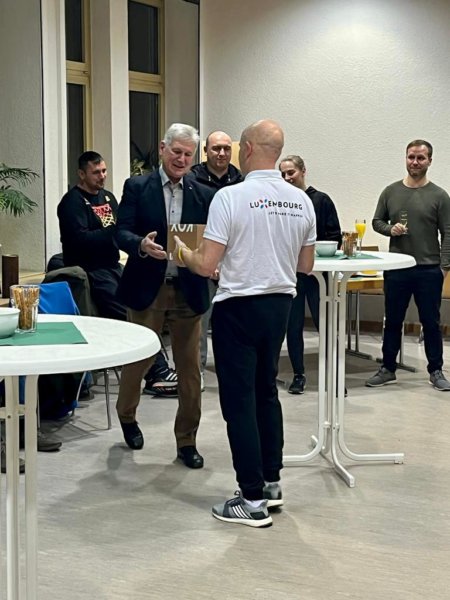