On Saturday-evening, the first game of the men’s best-of-5 finals was played in Steinsel. The guests from Dudelange take a 1:0 lead in the series.

Amicale – T71 73:83
– T71 had a brilliant start into the game and led by 17 points in the second quarter, Amicale was able to fight back with 4 straight 3-pointers to cut the lead to only 5 points at halftime
– In the second half, Amicale stormed back again after trailing by 14 points at the end of the third quarter and the spectators saw a thrilling game in the final minutes
– Jimmie Taylor made 2 big baskets in the final minutes (video) to secure the win for his team
– Taylor (37 points) and Greenwood (23) led T71 with a combined 60 points while Bob Melcher scored a team-high 25 for Amicale
– Game 2 will be played in Dudelange on Wednesday! 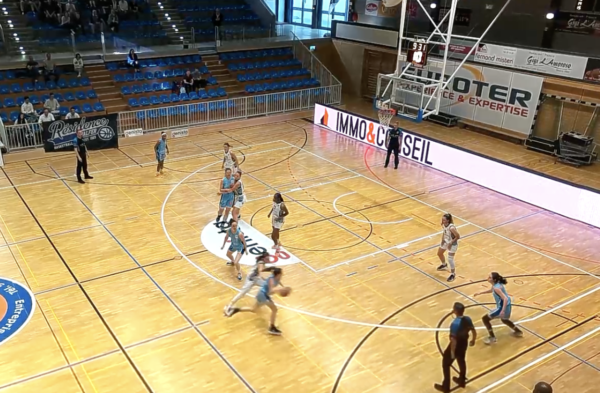 Earlier on Saturday, the women from T71 Dudelange won the first game of the finals –> T71-women lead the finals 1:0