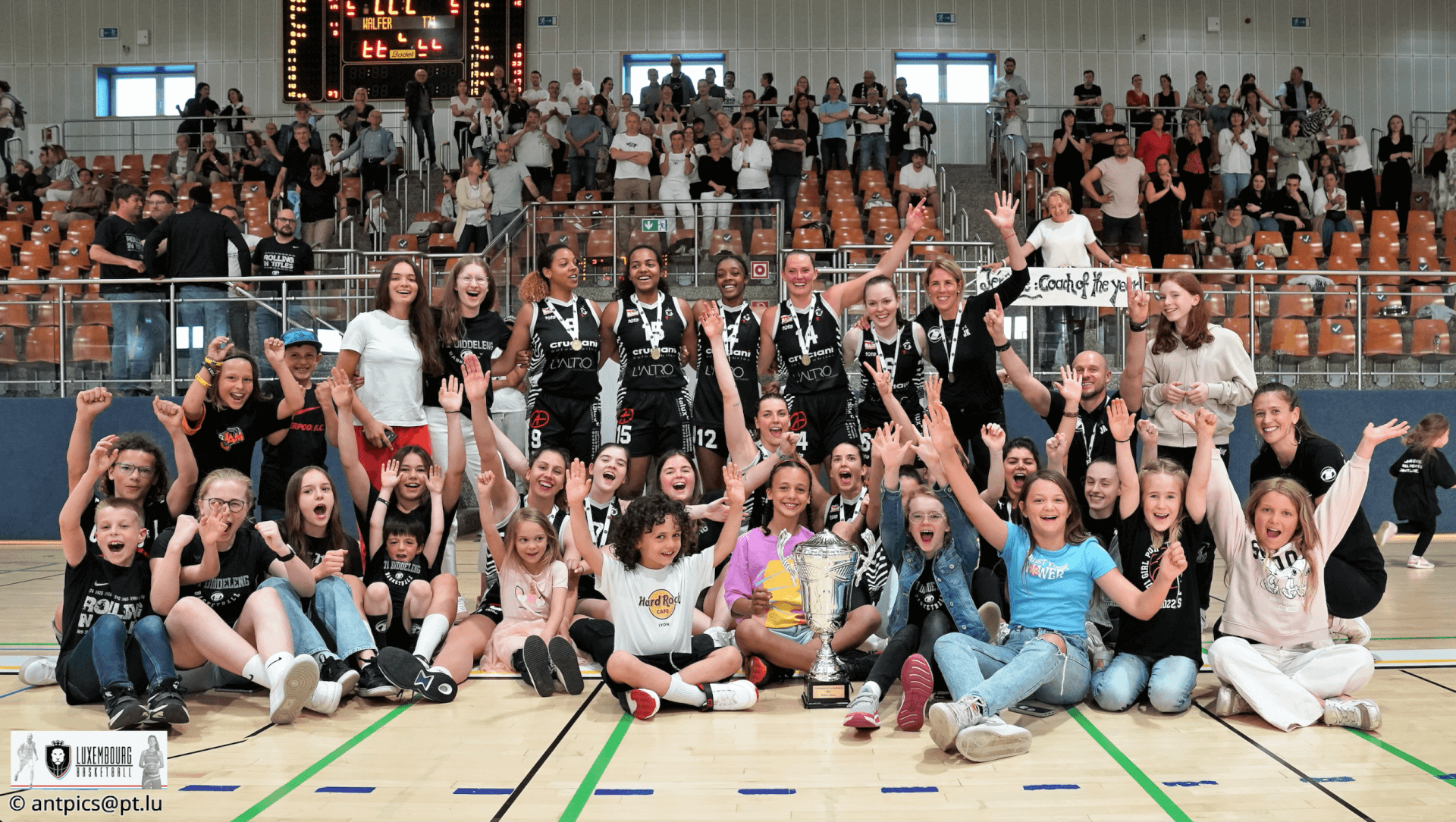 The women of T71 Dudelange have defended their championship title. On Sunday-evening, the team of coach Jérôme Altmann was able to win the finals against Résidence Walferdange 2:0 after winning game 1 70:63 last week.

Résidence – T71 88:94
– Résidence led the game after the first quarter (20:19) before T71 had a 16:5 run to open the second quarter and took a 47:33 lead into the break
– T71 hit 9/20 3-pointers in the first half, Résidence did not shoot a free-throw before half-time
– Résidence showed a great reaction in the third quarter and fought back into the game and the score was 65:66 entering the final quarter
– With a strong run in the middle of the last quarter, Dudelange was able to take a decisive lead in this game
– All T71-starters scored in double digits, Winton led the team with 23 points while Anthony had a game-high 31 points for the hosts

Résidence Walferdange won the cup competition this season, T71 takes the trophy of the championship.