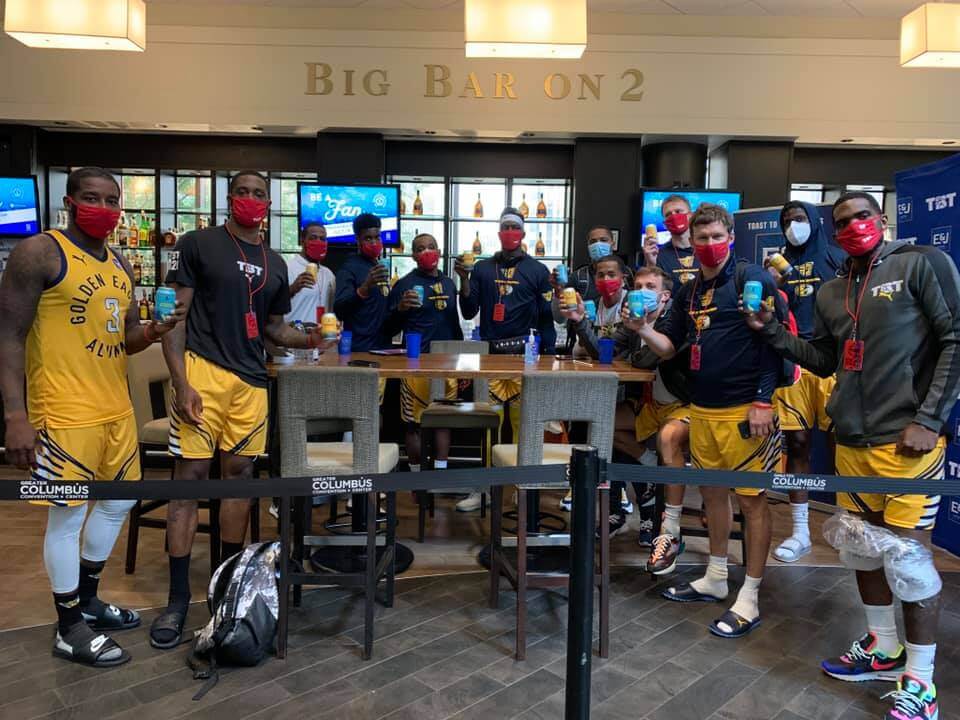 In the final of the « TBT » (The Basketball Tournament), 2 professional players from Luxembourg will play in the final where the winning team gets 1 million dollar (75’000 / 90`000 per player).

This tournament exists since 2014, a lot of players that play professionally overseas participate and also some (ex) NBA-players are being part of the tournament where every game is a « do-or-die »-game. On Tuesday-evening, Duane Johnson (sideline cancer) and Jarvis Williams (golden eagles) will meet in the final!

Duane Johnson (will play for Arantia next season, former player of Black Star) and Jarvis Williams (played for Sparta last season, does not have a team for next season at this point) will have a chance to win this tournament.

On Sunday-evening, Duane Johnson’s team “sideline cancer » was able to beat former NBA all-star Joe Johnson and his team 67:65. Meanwhile, Jarvis Williams had 6 points in the 79:70-semi-finals-win against « red scare ».

The tournament has a charity character as one goal is to raise awareness of cancer around the world.