The National 2 is finally back: New modus, expectations by the coaches and off-season changes 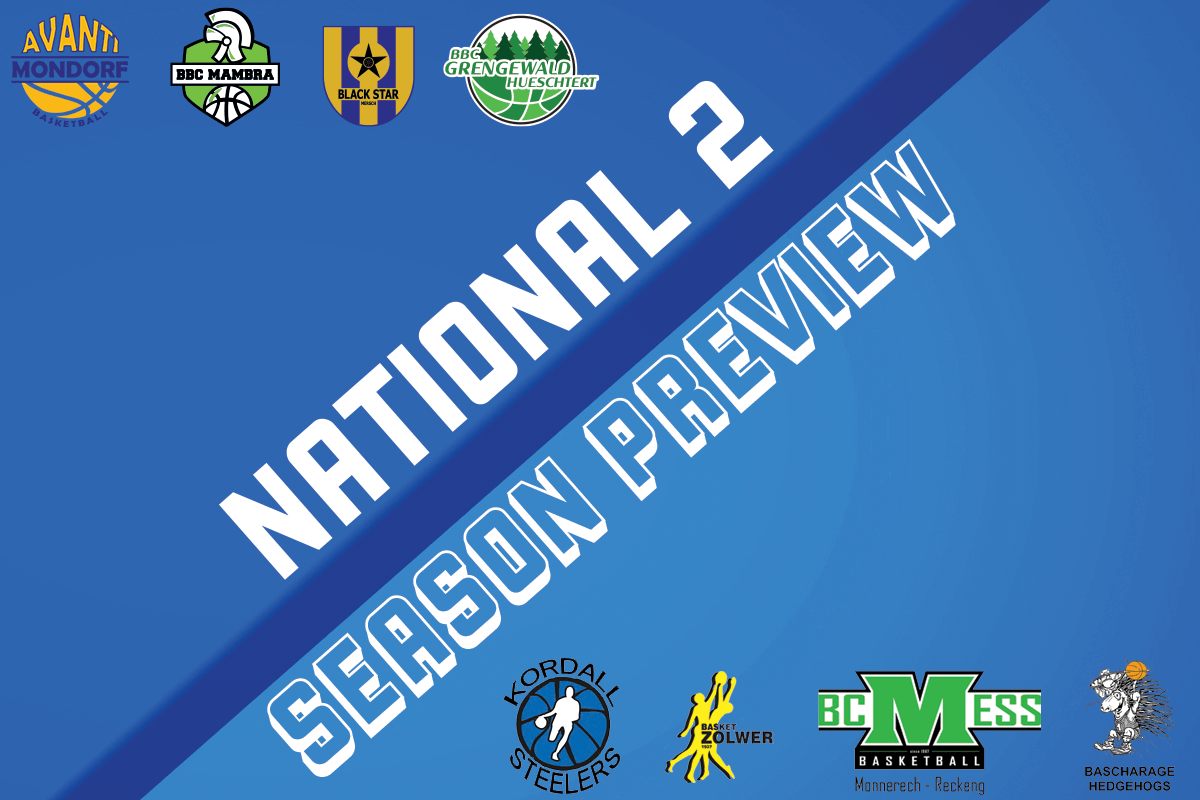 The second highest basketball has been on hold for a long time because of the Covid-19 situation. The teams had to stay in shape and practice without having a goal (game) ahead, a very difficult situation. For the upcoming 2021/22 season, things will be different and the 8 teams in the men’s National 2 are finally back on the court.

Because of the new modus, there could be 3 teams moving up to the Luxembourg basketball league at the end of the season. All teams will meet 4 times this season and the 2 best teams will move up immediately while the third placed team will get a chance to play a « relegation-series » against the 3rd-last-placed team of the first league. The last 2 teams will relegate to the National 3.

Many teams have the ambition to compete for the top 2 spots. Because all teams have been on such a long break and many teams have changed their roster heavily, it is hard to predict the favorites at this moment of the season. However, it is obvious that the league is very balanced and interesting.

We take a look at the off-season changes and the expectations by the clubs.

Coach Dejworek: „Our goal this year is to comfortably avoid relegation and stay in the league and at the same time compete and win some games against the league’s favorite teams. Since we have a thin roster, having everyone in practice with productive workouts will be extremely important for us and the the key to secure our goals.“

Coach Radomirovic: „Our goal is to be amongst the top N2 teams and present the best version of ourselves every week.“

Coach Jérémy Billiaux: „We continue in the same spirit then we had last season! Our team has changed a bit, but the ambitions remain the same! Of course we are playing to win all matches and to rise to the top league. I think anyone can beat anyone and it will be a great season for each club. We are focused on our basketball. Hoping now, that there is no complication with the covid and that everyone can play with their full squad over the season. We are looking forward to the start of the season. »

Coach Zoran Jovicic: „We will try to continue where we were forced to stop last season. The level of competition between the teams in the Nationale 2 is balanced, our goal is to maintain and to move up the first league. »

Coach Alexandre Pires: „After 3 weeks of pre-season and with the beginning of the championship scheduled with a double (!) journey for the 24th and 26th of September, I would like first of all, to welcome the return to practice and formal competitions and wish all clubs, players, coaches and staffs an excellent season and that the proposed goals are achieved (!).
I hope now that the conditions and rules for the holding of all championships are created, respecting the rights of all participants, despite the fact that we all know that we are possibly facing one of the toughest and most difficult opponents of our careers.
The goals of our club are clear, create a strong and cohesive group, be competitive, be capable of suffering, be resilient facing adversity so that we can achieve our main objective, which is to move up to the first league, naturally respecting all our opponents who will certainly have the same goals. Have a great 2021/22 season.
Stay safe&healthy“

Coach Denis Profico: „We kept the whole team together, added 3 talented young players from our youth to the roster and with a second professional player we’re certainly being more competitive. Our goal for the season will be the same as the last years: help the young players grow, stay in the league and maybe surprise again like we did 2 years ago.“

Coach Janik Tuffel „Our goal is to stay in the division but are aware of the challenges that lie ahead.
While we have two import players that have dominated on the highest level in Luxembourg, we are still a fairly young and inexperienced team. The departure of Lazar (to Kordall) was a tough loss. We have however added 5 youth players and expect some to have an immediate impact. It’s a great group of talented players that are willing to work hard and learn. I am confident we will ultimately reap the benefits of our efforts.“ 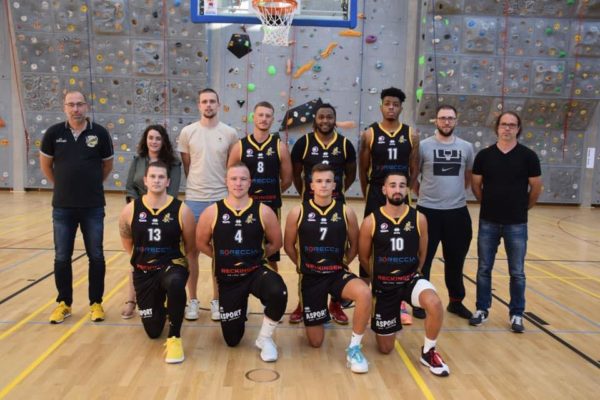 Coach Carlo Ferrante: „I hope that we will be able to start the season well and that we can find a rhythm quickly. Our goal is to move up to the Luxembourg basketball league at the end of the season. » 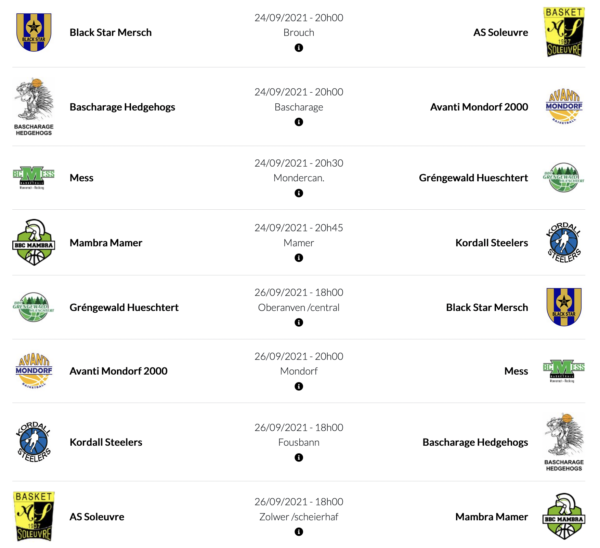 –> The season will start with a double game-day on the 24th and 26th of September.