The race for the play-offs enters the decisive phase 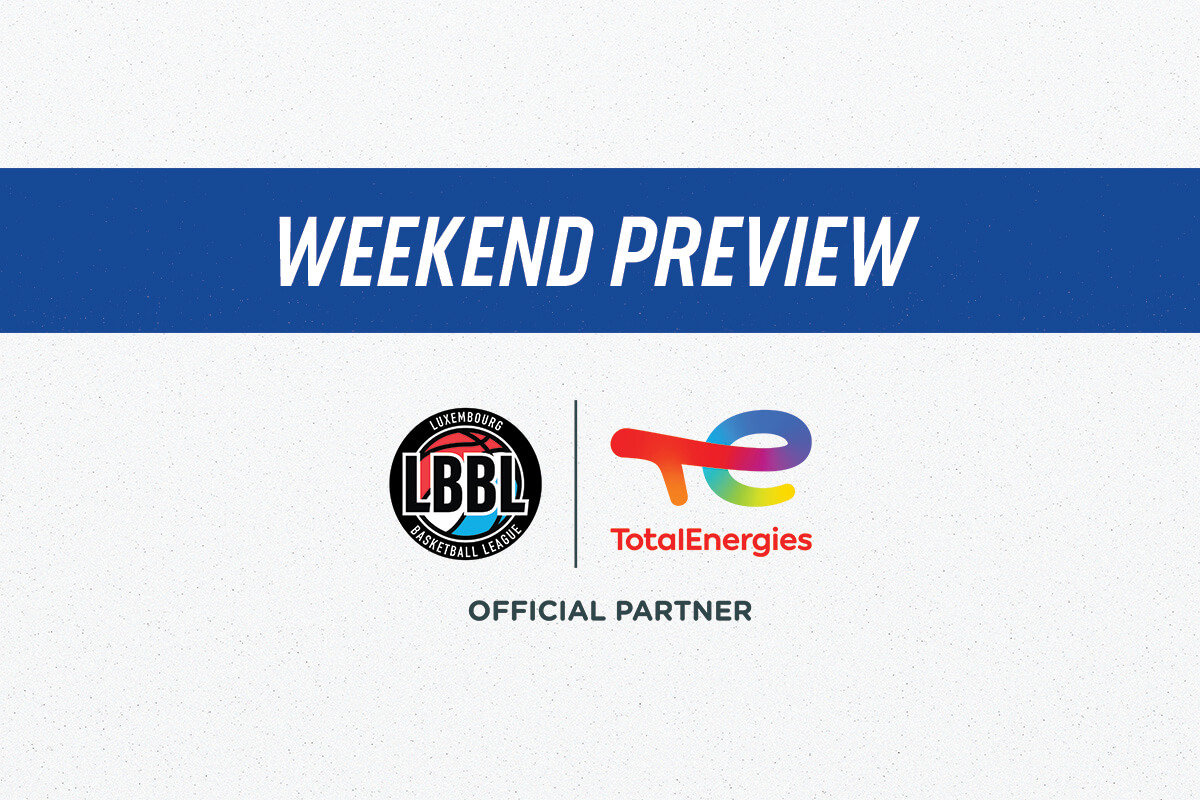 In the men’s league, the play-off race continues to be the focus as the race for the first 8 places becomes more and more intense. A look at the standings shows that the top 5 teams have a big advantage and those teams are not in doubt of missing the play-offs, even if they will start a terrible losing streak. Heffingen and Zolwer, on the other hand, are nearly excluded from the play-off race, they would have to win nearly all remaining games in order to make a push for the 8th place. However, it looks like 5 teams will compete for the places 6-10 over the next weeks. After a big win on the road in Ettelbruck, Arantia is in the best possible position of the 5 teams and if they can surprise Amicale on Saturday, their could basically book their ticket to play-offs. The teams that have the most pressure are Gréngewald and Sparta (both have a 5:10 record), they need wins in order to put pressure on Arantia, Contern and the Musel Pikes. Gréngewald has a good opportunity to grab a win as the team is playing against last placed team Heffingen on the road, Sparta faces Etzella at home.

The standings in the men’s league: 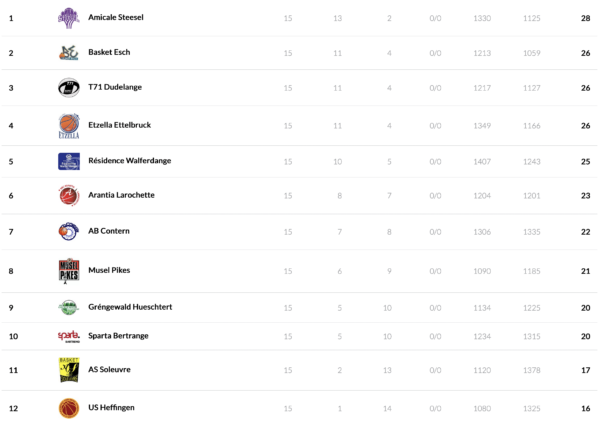 In the women’s league,it looks like 3 teams will compete for the places 7-9 over the remaining game days. Etzella (5:9), Musel Pikes (4:10) and Basket Esch (4:8) are close in the standings and on Saturday, a key game will be played in Esch where the hosts will play against their direct rival Musel Pikes. The Musel Pikes were able to win the first matchup by 5 points, the direct comparison is clearly another factor that both teams will focus on at the end of this game. After entering the cup semi finals on Thursday with a win on the road in Walferdange, Gréngewald Hueschtert will host Wiltz at home. Résidence is playing on the road in Zolwer on Sunday.

The standings in the women’s league: 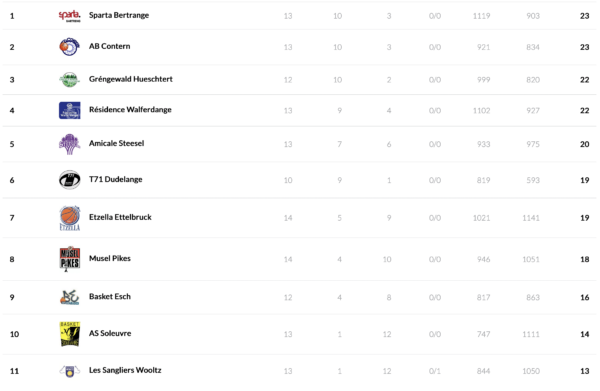