Our U18 boys played the final of their European Challenger on Sunday-evening. Against Kosovo, the FLBB-squad lost 58:84 in the end. The team of coach Denis Toroman won all 4 previous games in this competition to enter the final.

After a close first half, Kosovo became stronger in the second half and was able to build a lead. Pit Hansen led Luxembourg with 22 points.

With this loss, Luxembourg finishes the challenger on a good second place. 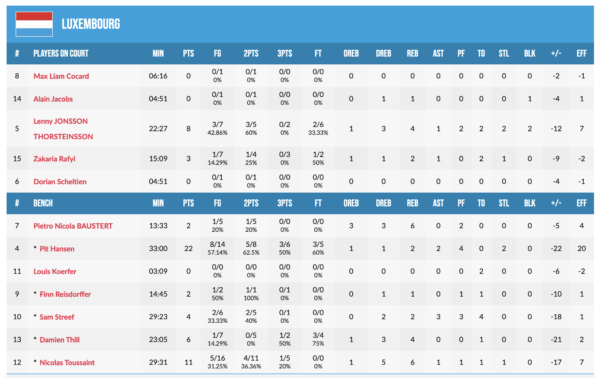