U18 boys played 2 games against Portugal (results and recap) 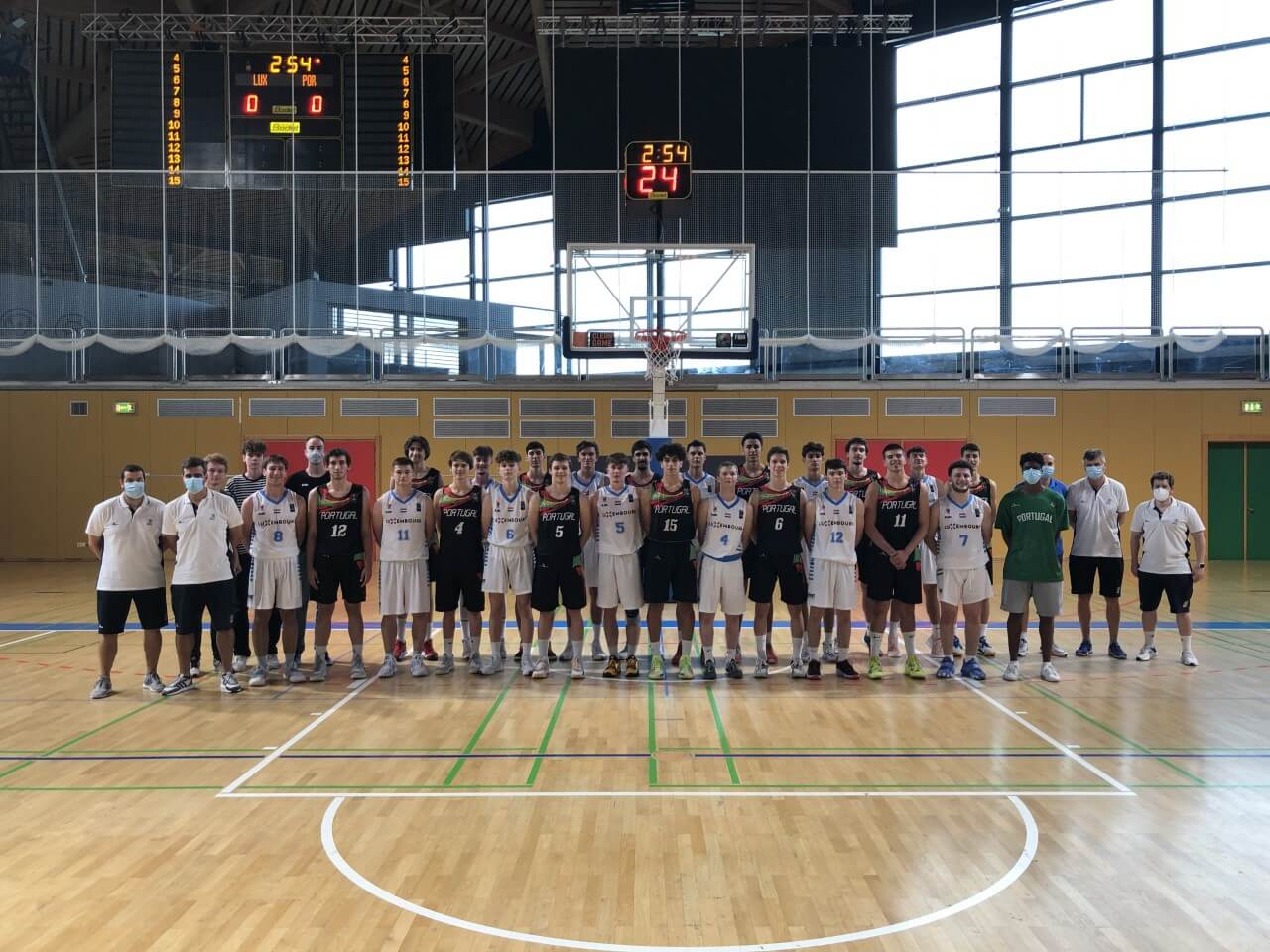 Our U18 boys played 2 friendly games against the U18 team from Portugal on Saturday and Sunday. Luxembourg lost the first game 53:75 and the second game 67:82.

Here is an analysis by coach Denis Toroman:
„In game 1, our boys needed some time to adjust to Portugal’s physicality, level and speed. But they showed a very good fighting spirit in the second half and actually won the second half by 1 point.
On Sunday morning, our team showed an even better performance and was playing equally against a strong opponent for the majority of the game. In the end, team Portugal won by 15 points, 82-67, even though in the middle of the fourth quarter our team was down by only 1 point.
This is a very encouraging performance for the upcoming European Challenger in Tirana, especially knowing the Portuguese team is ranked under the top 12 teams in the Fiba U18 rankings, and therefore they will play in group B at the European Challengers.
Our team will play in group G (with Andorra, Gibraltar and Malta), in Albania, from August 3rd until August 9th.“